Arda Turan took time out from his 27th birthday celebrations on Thursday to give Goal an intricate insight into his life as one of Europe's form footballers.

The Turkey international has enjoyed a stellar season for Atletico Madrid as the Rojiblancos muscle in on Real Madrid and Barcelona's La Liga duopoly, and the former Galatasaray man explained how his career has progressed in Spain thanks to the laid-back attitude to life in the capital.

"I am more or less the same person who left Turkey, only I found an atmosphere where I can do what I imagine in Spain," Arda told Goal.

"Everything is easier and more comfortable in Spain. Life is tranquil here and people see football as a festival."

Certainly there has been a carnival atmosphere around the Vicente Calderon since Arda arrived in the summer of 2011, with the winger influential in Atletico's 2012 Europa League and 2013 Copa del Rey successes.

Diego Simeone's side are currently level on points with Barcelona at the summit of the Primera Division, but that competitiveness has only fostered Arda's growing appreciation for Blaugrana star Lionel Messi.

At the end of the recent Atleico-Barcelona clash, Arda swapped shirts with Messi, a player whom he believes is one of the greatest in the history of the game.

"As I've said before, Messi is one of the best and most special players in the history of football.

"It's an honour for me to have his shirt and we wished each other good luck." 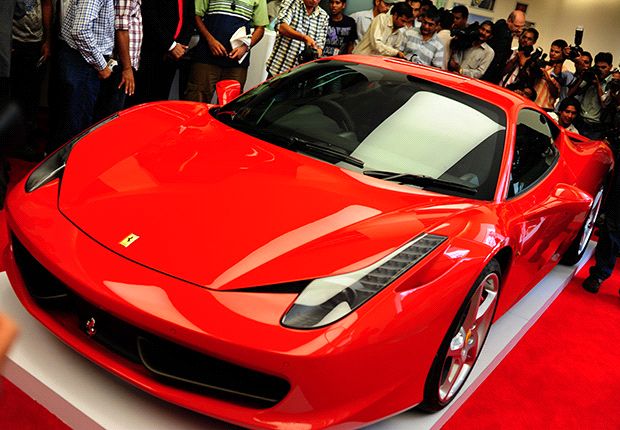 Hot wheels | Arda Turan doesn't love motors but owns the supercar Ferrari 458
And Arda's turbo-charged performances on the pitch are also matched off it, with the winger boasting a collection of high-powered sports cars - although he claims they are only a passing interest.