Influential Israel midfielder is back in Scotland and back in recovery after injury as, on the field, Celtic's season goes from strength to strength
DIGEST
By Martin Macdonald 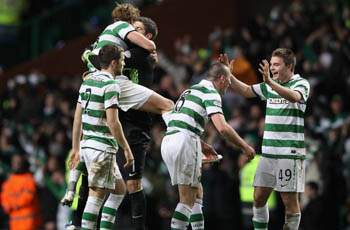 Celtic now hold a commanding 17 point lead at the top of the Scottish Premier League table after convincingly defeating Hibernian 5-0 at Easter Road on Sunday.

The Hoops went into the match knowing that a victory would see them further distance themselves from second-placed Rangers, who lost 1-0 at home to Kilmarnock on Saturday.

It proved to be an easy match for Neil Lennon's side, who found themselves two goals up within the first 20 minutes after Anthony Stokes' close range header and Gary Hooper's neat drive through the legs of Graham Stack.

The hosts did not fare any better after the break, conceded just two minutes in when Charlie Mulgrew whipped a free kick into the far corner from just outside the box.

Gary Hooper grabbed his second goal of the match and put Celtic 4-0 up when his speculative curled shot from the left-hand side of the box crept through the hands of Stack.

Further misery was heaped on Pat Fenlon's side 13 minutes before the final whistle when Kris Commons' shot-come-cross deflected off the shin of Ki Sung-Yueng to go past the helpless goalkeeper.

The Glasgow giants have now won 18 domestic games in a row and are starting to feel the title-party atmosphere as they hold a fairly insurmountable lead at the summit of the table. 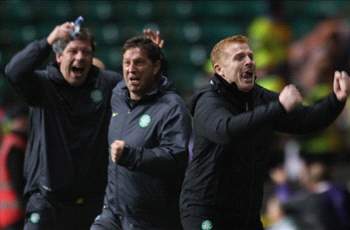 Celtic boss Neil Lennon has confessed that he is running out of words of praise for his team, as he saw the Bhoys take a 17-point league at the top of the table after winning 18 domestic matches in a row.

The Hoops manager was speaking after the Glasgow side's excellent 5-0 victory over Hibernian in the SPL. He said: “I'm lost for words with this team at the moment, they're doing everything right. Their application is superb, their talent, their approach to the game is magnificent.”

Lennon also singled out Anthony Stokes for some praise, hailing his outstanding performance. He said: “I have to say, that was the best I've seen him [Stokes] play in my managerial time here. I could not be more pleased with him.” 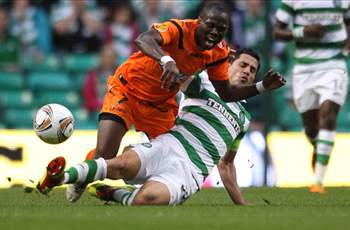 Good news all round at Celtic Park this weekend as talismanic midfielder Beram Kayal returned to training after undergoing ankle surgery last month.

The 23-year-old has been out of action since suffering an injury in the Old Firm match against Rangers in December and was granted permission to return to Israel for short break. He returned to the club this week and is optimistic about a return to the team.

Speaking to the media, he said: “It is going much better now and I feel okay. Next week, on Monday, I will start to walk normally again and I hope everything will be okay.

"I think I will need another three months without the boot and the crutches, but two months to work in the gym with the physios. Hopefully, if that all goes okay, I can come back early.” 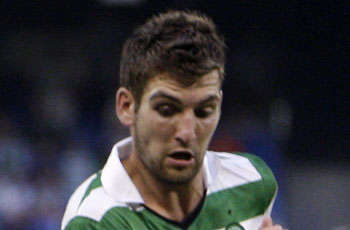 Celtic's next match sees Jim McIntyre's Dunfermline travel to Parkhead for a midweek clash in the Scottish Premier League on Wednesday.

The match was originally scheduled for March 17 but this clashes with the Hoops' Scottish Communities League Cup final against Kilmarnock on March 18.

Neil Lennon's side last faced Dunfermline on January 2, and won the match 3-0 at East End Park thanks to goals from Anthony Stokes, Victor Wanyama, and Charlie Mulgrew.