By Romeo Agresti, Loic Tanzi & Nizaar Kinsella
The former Juventus coach will look to bolster his attack when he takes over at Stamford Bridge after Euro 2016 and has set his sights on two Napoli stars of past and present

Antonio Conte is drawing up his Chelsea summer wishlist and has made Gonzalo Higuain and Edinson Cavani his top targets to bolster the Blues' attack.

Conte is set to take over at Stamford Bridge in July having announced his intention to step down as Italy coach after Euro 2016.

Sources close to Conte have told Goal that Napoli’s Higuain is top of his list of potential strikers for next season - and the Argentine would be signed to join current star forward Diego Costa, not to replace him.

Chelsea face a battle to land Higuain as he is happy at Napoli and wants to play Champions League football next season. 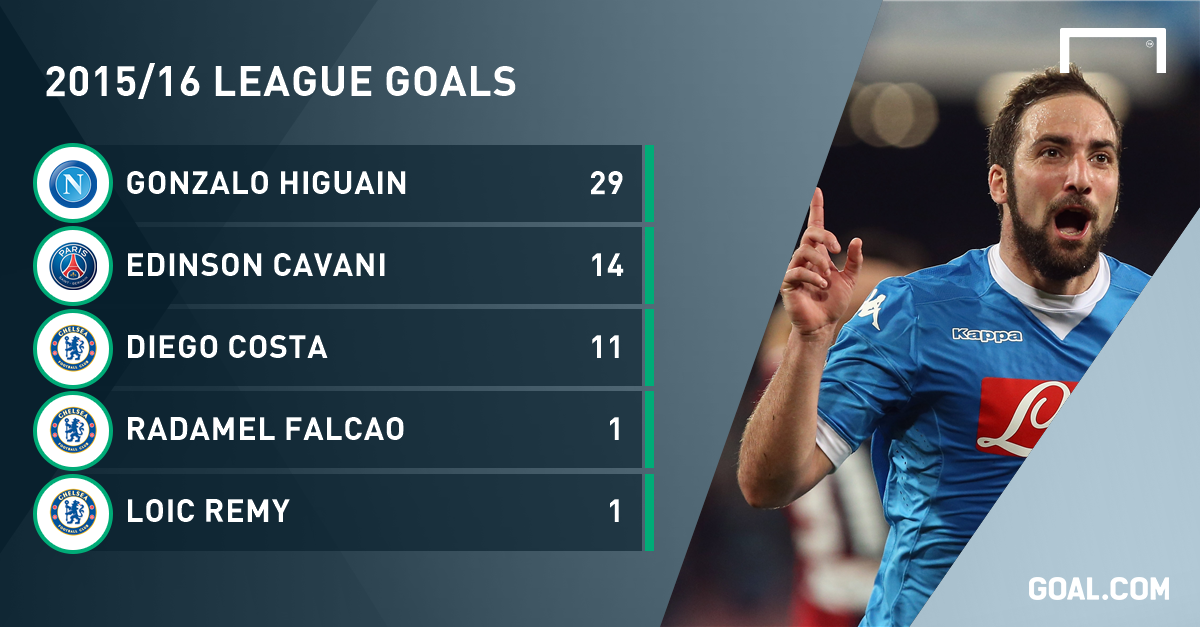 The former Real Madrid star is currently focused on emulating Diego Maradona by leading Napoli to their first Scudetto in 25 years.

Maurizio Sarri's side are currently second and three points adrift of Juventus.

Higuain, who has scored 29 goals in 30 games in Serie A, is also determined to claim the Italian championship's goalscoring crown.

Cavani, meanwhile, is understood to favour staying at Paris Saint-Germain despite falling down the pecking order at Parc des Princes.

He could be persuaded to move, however, as the Uruguayan fell out with senior PSG players as well as manager Laurent Blanc after leaving for a winter break.

Since then, Cavani has lost his place in the side to Lucas Moura and Angel Di Maria, with Zlatan Ibrahimovic leading the line.

Conte is understood to be keen on adding depth to the Chelsea squad, with Loic Remy, Radamel Falcao and Alexandre Pato having had minimal impact this season, to allow him to play his preferred formation - with two strikers.

Both Falcao and Pato are likely to leave in the summer and Remy’s future is also likely to lie away from Stamford Bridge.

The current Azzurri manager is also understood to be keen to bolster his midfield options with the likes of Bayern Munich's Arturo Vidal and Roma's Radja Nainggolan on his radar.