Euro 2016 made Simone Zaza famous. Just for all the wrong reasons. The Italy striker's penalty attempt in the shootout loss to Germany made him laughing stock - not because he missed, but because of the way he missed.

Zaza took a bizarre series of short, staccato steps before blazing the ball over the bar. Within a matter of minutes of the conclusion of the quarter-final, he was being ridiculed worldwide, the subject of a million memes.

Heat maps were mocked up showing his short but significant contribution to the game ; a video of Stefan Freund imitating him on German television went viral; there were vines calling for him to be hired for 'The Ministry of Silly Walks' - essentially, 'The Zaza Dance' had quickly become a social media phenomenon.

Zaza couldn't see the funny side, at least not then. However, he somehow summoned up the courage to face the cameras upon the squad's return to Italy.

"I missed the most important penalty of my career and it will be with me for the rest of my life," an emotional Zaza told Mediaset after arriving at Milan's Malpensa airport. "I'm sorry to have disappointed the Italian people.

"I have always taken my penalties like that and was convinced I would score. I did send Manuel Neuer the wrong way, but unfortunately the ball went too high.

"It will be difficult, but I want to get over it." 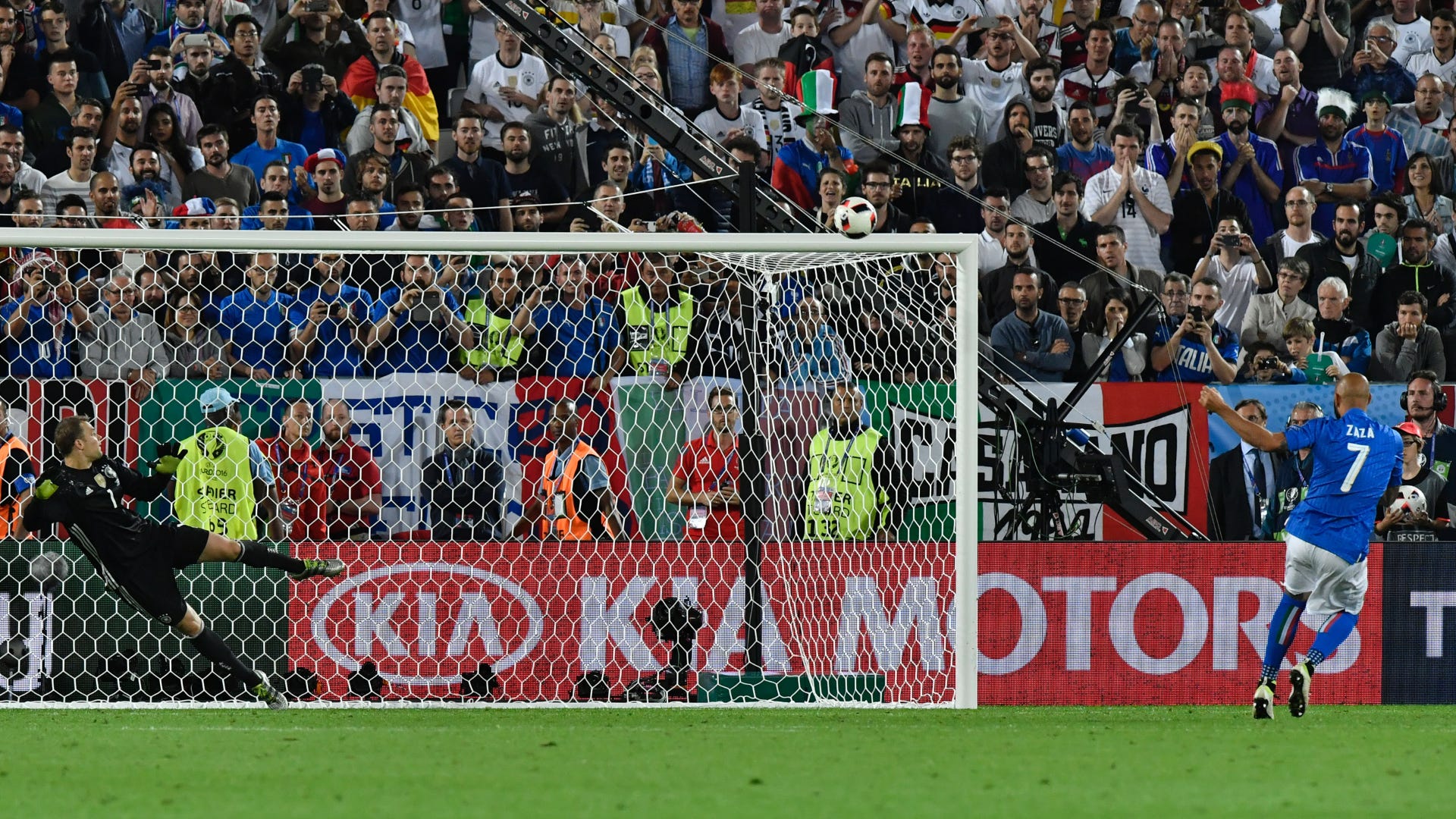 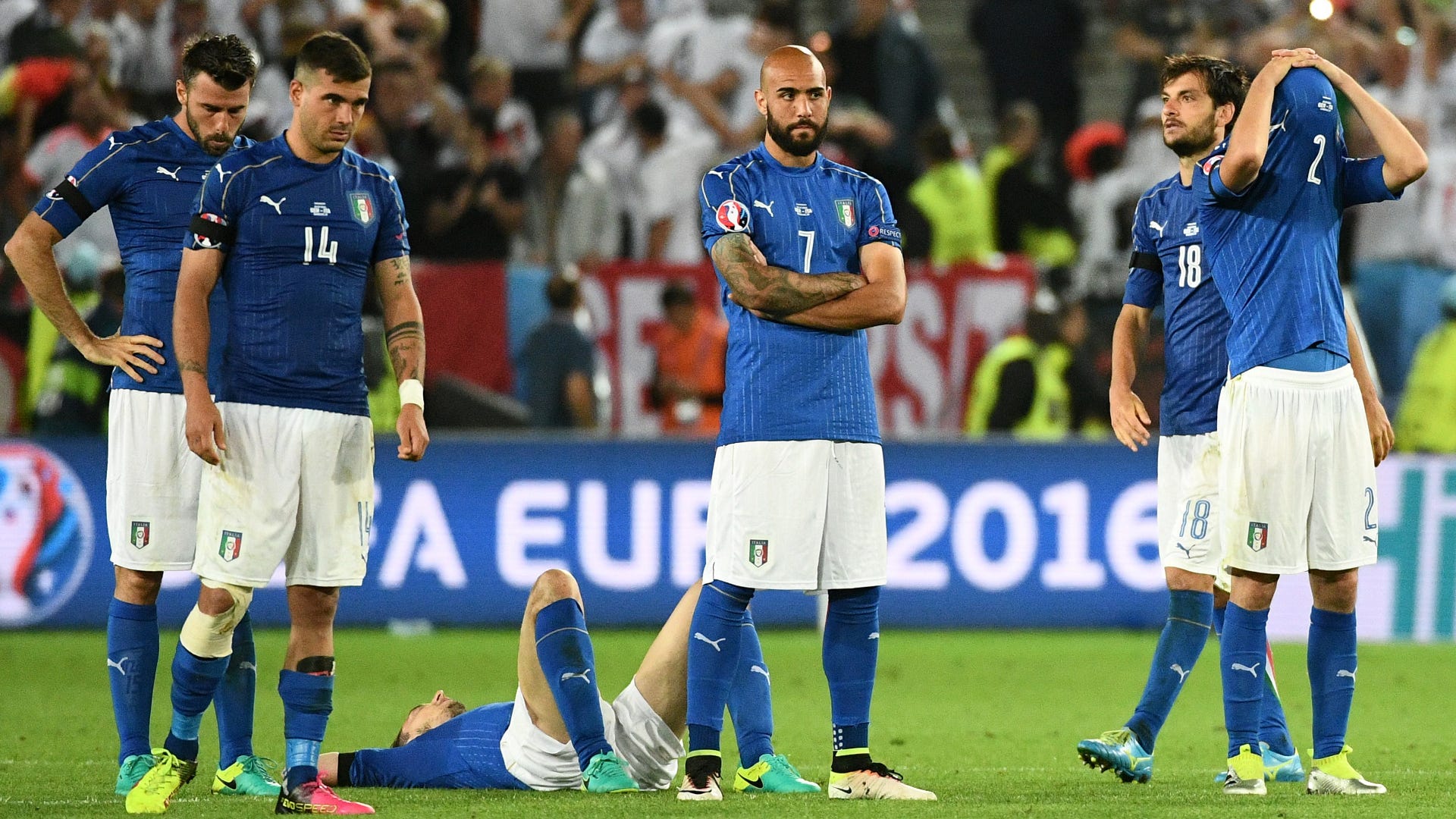 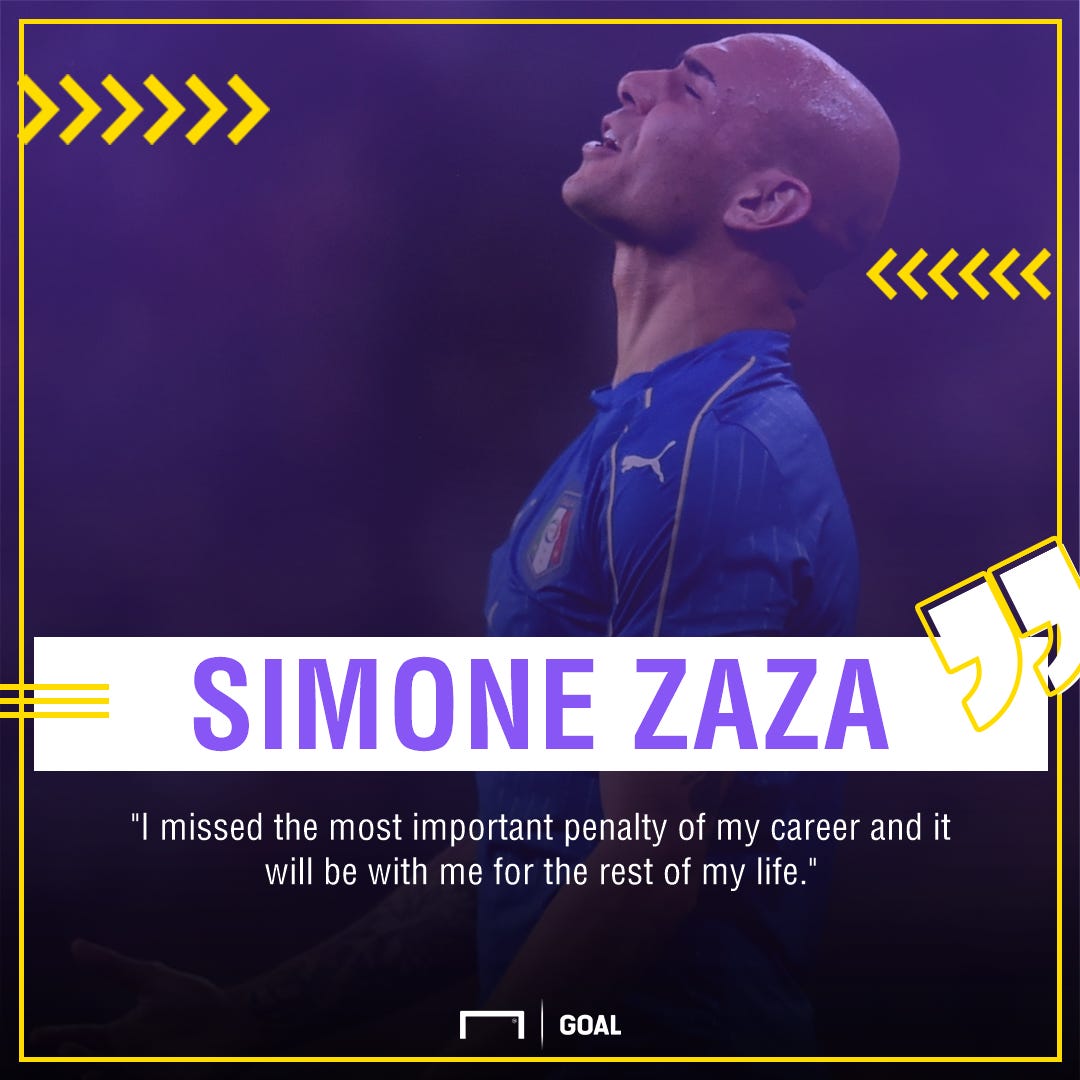 Leaving Italy seemed a good way to start. Before the summer was over, he had departed for England to join West Ham United on loan for €5 million.

When it became clear that Juventus were willing to sell a reserve striker that had served them well since joining from Sassuolo the year before, the Hammers had been the club that had pursued him most enthusiastically.

Given that he also felt his physical, hard-running style would work well in the Premier League, Zaza was confident that he could thrive in London.

However, he never settled. “I didn’t feel great in so many ways: environment, culture, training, nutrition,” he told Gazzetta dello Sport .

“I was not good physically. I had been through pre-season with Juventus so I was okay.

“When I got there [West Ham] I found a different method of training – you exercise less, sometimes the sessions last 40 minutes and almost immediately I didn’t feel good.

“I need to train more, for someone to kick my ass. The problem is that on Sunday other people went to a thousand per cent. Not me.

“I wanted to do things that come naturally when I’m playing well and I could not do them. And I became crazy." 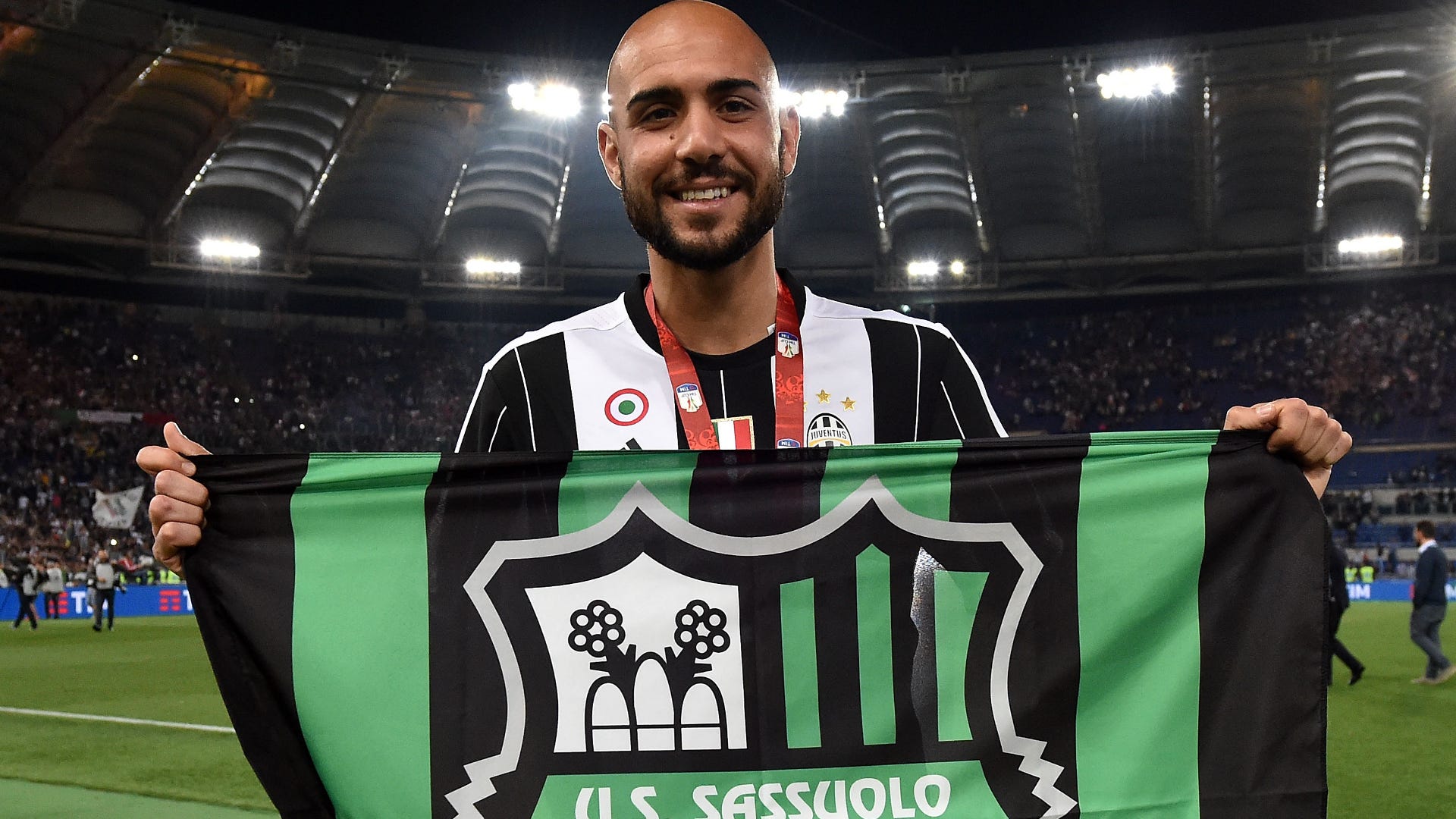 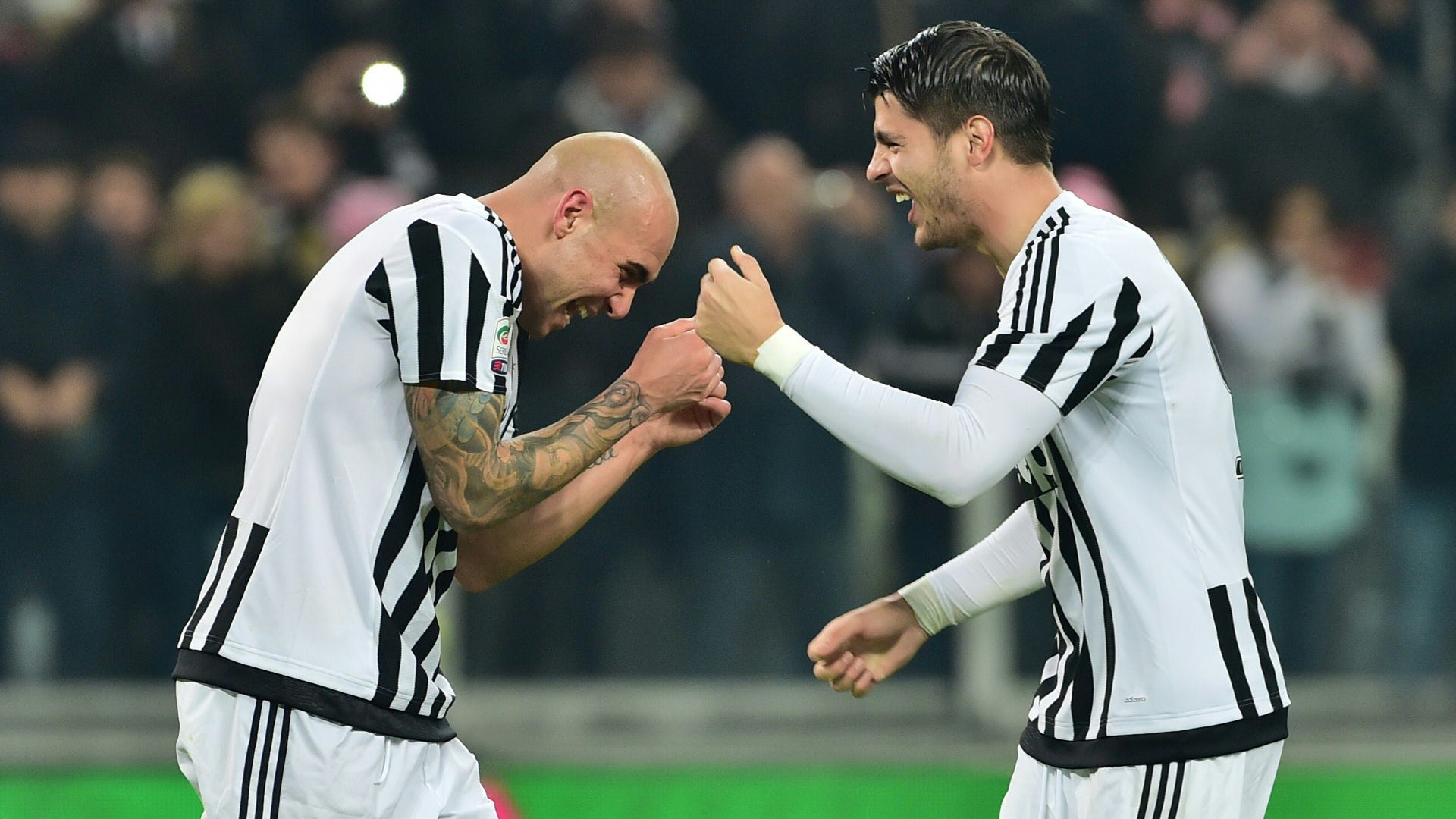 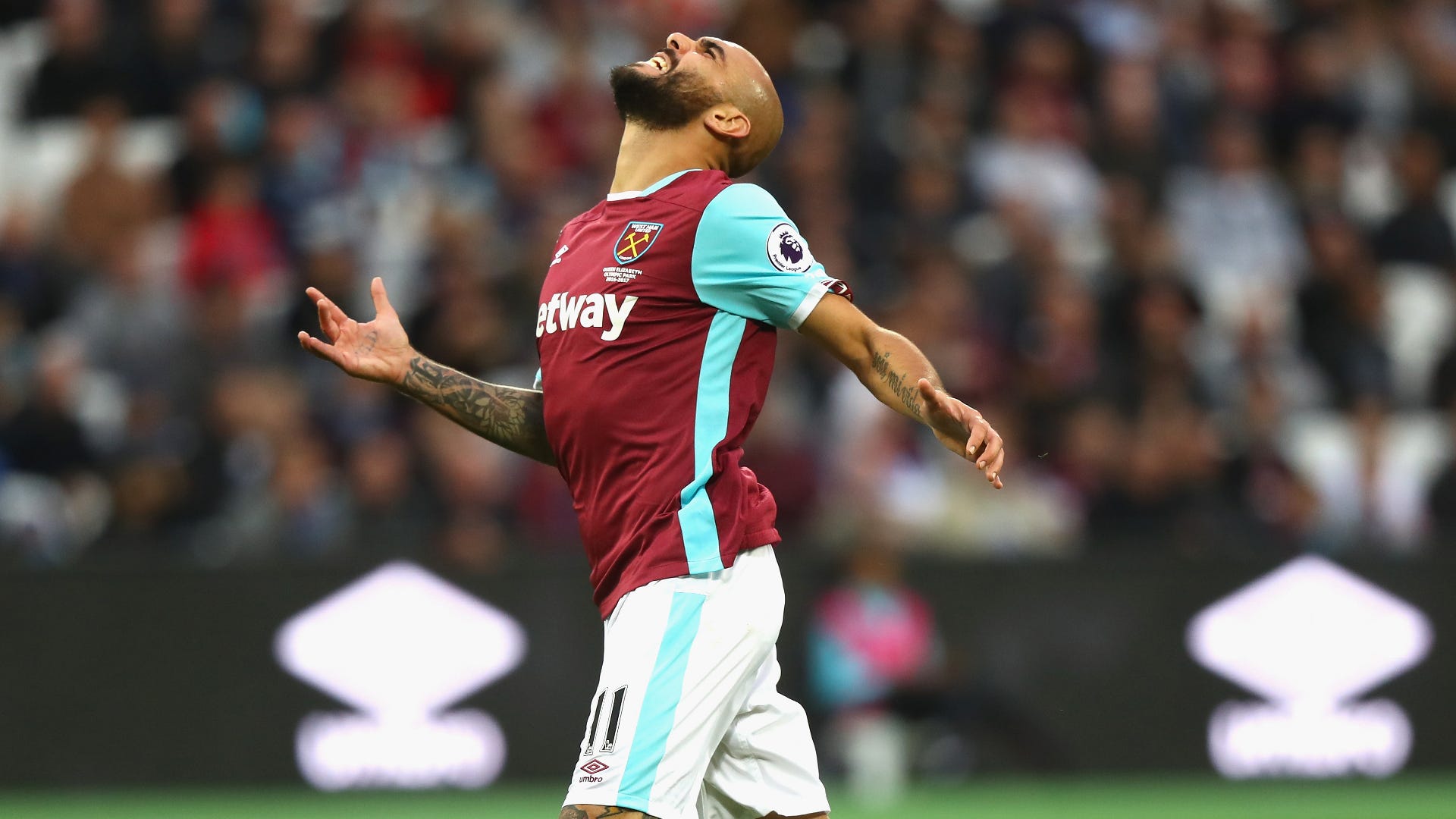 His unhappiness manifested itself in a series of ineffective performances. He had never been a prolific attacker but Zaza didn't net once in 11 appearances in all competitions and it was at that point that the Hammers decided to cut their losses on the misfiring forward.

The deal with Juve would have become permanent had Zaza continued playing, so, to avoid having to pay a further €20m for the 26-year-old, West Ham benched him until the transfer market reopened in January.

To the Londoners' relief - and surprise - Valencia entered the fray. Cesare Prandelli was key. The former Italy coach was willing to take a chance on a compatriot who had impressed him at Sassuolo and Juve, and Zaza joined Los Che on loan for €2m, with a further €16m to follow if he played a set number of games before season's end.

The deal was made permanent on April 10, the day after he had netted a double against Granada. They were Zaza's third and fourth goals for Valencia but, in truth, it was his second strike, in a 2-1 win over Real Madrid on February 22, that represented the turning point of his career.

"Naturally when you score against a big team, people talk about it, but the truth is that goal against Real Madrid last year was a rebirth for me," he told Marca .

"I had scored three days earlier with Athletic, but was irritable and didn’t enjoy it, so the Real Madrid goal really did feel like I was being reborn. It was very important to me."

Indeed, Zaza felt like his old self again. He was even able to start joking about his penalty miss again, even if still hurt. 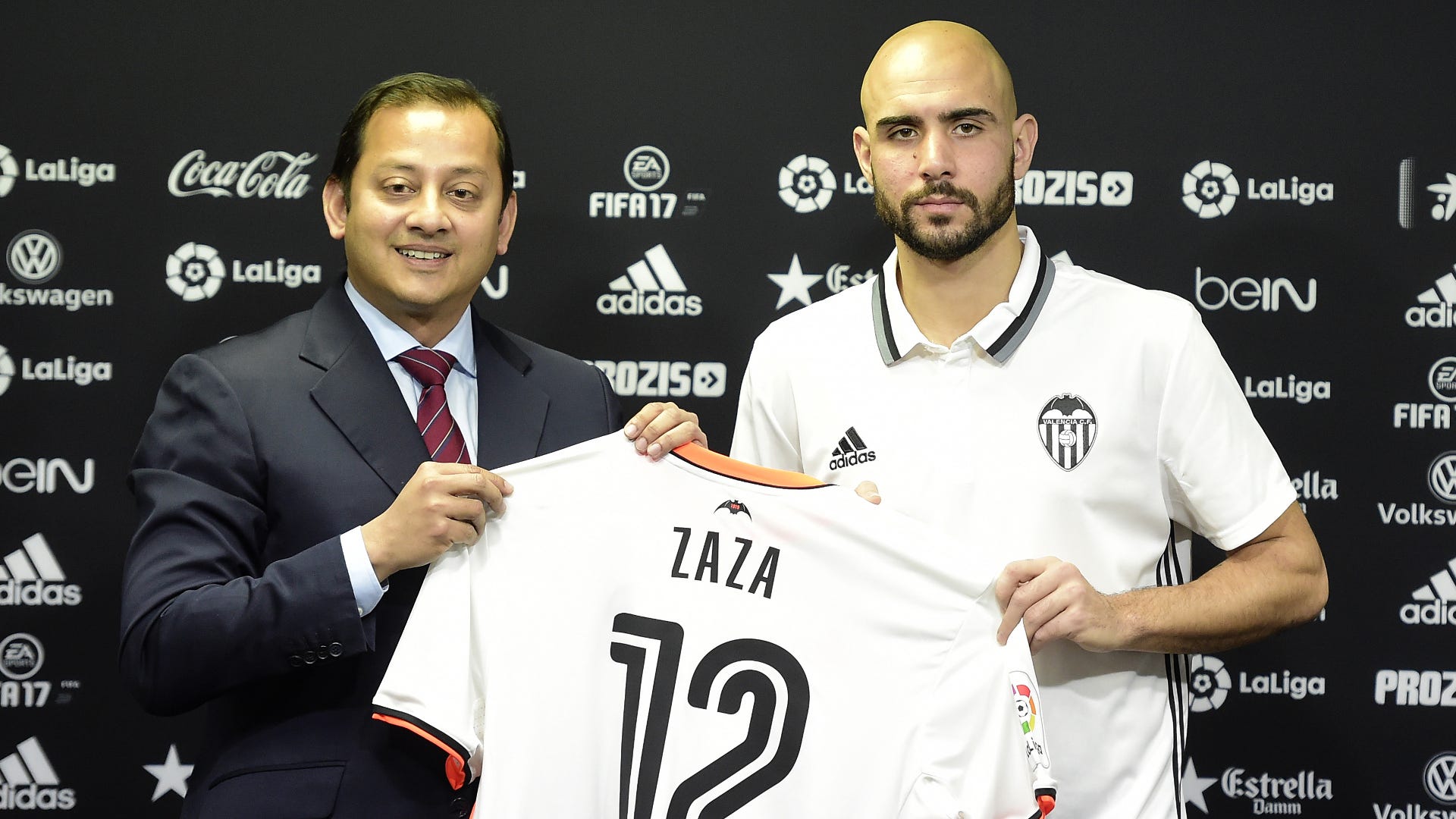 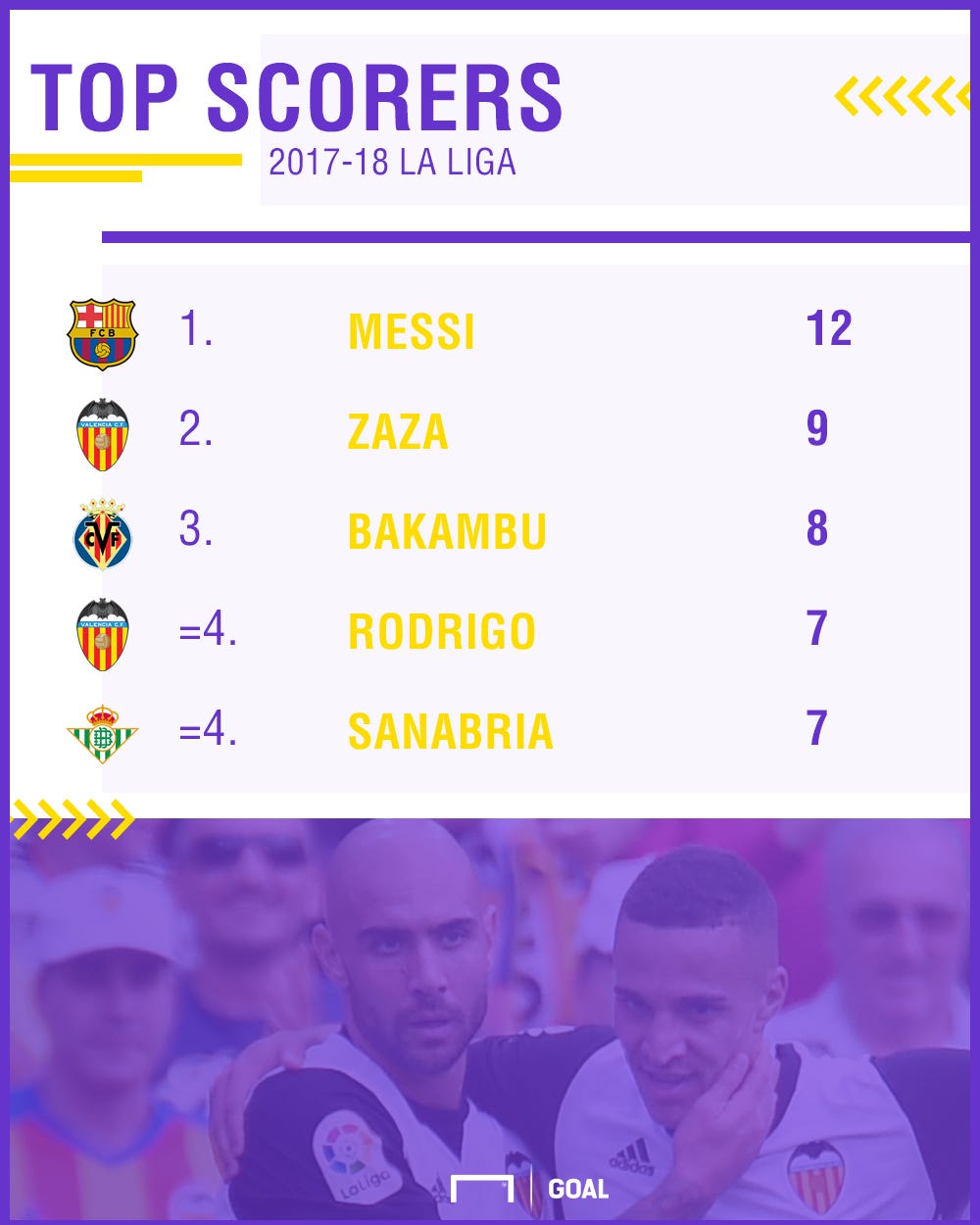 "It traumatised me no end and if I was to think about it for another five minutes, it would bother me," he admitted to the Gazzetta dello Sport .

"After the Euros, I wasn't well. That summer, I lost weight. But the thing that hurt me most wasn't all the videos, or the Zaza Dance - I laugh about it now.

"No, what hurt me was the mistaken image people had of me because of the penalty, the perception that I was arrogant or presumptuous."

The good thing about perceptions, though, is that they can change and, right now, Zaza is rightly viewed as a strong character - and a striker reborn.

His record haul in top-flight football over a single league campaign is 11 goals (for Sassuolo, in 2014-15), yet has scored nine times in just 11 La Liga games so far this season. To put that in context, Cristiano Ronaldo has netted just once in seven games and only Lionel Messi presently sits above Zaza in the goalscorers' charts.

His fine form has deservedly prompted an Italy recall. A year on from the darkest moment of his career, Simone Zaza has a smile on his face again.