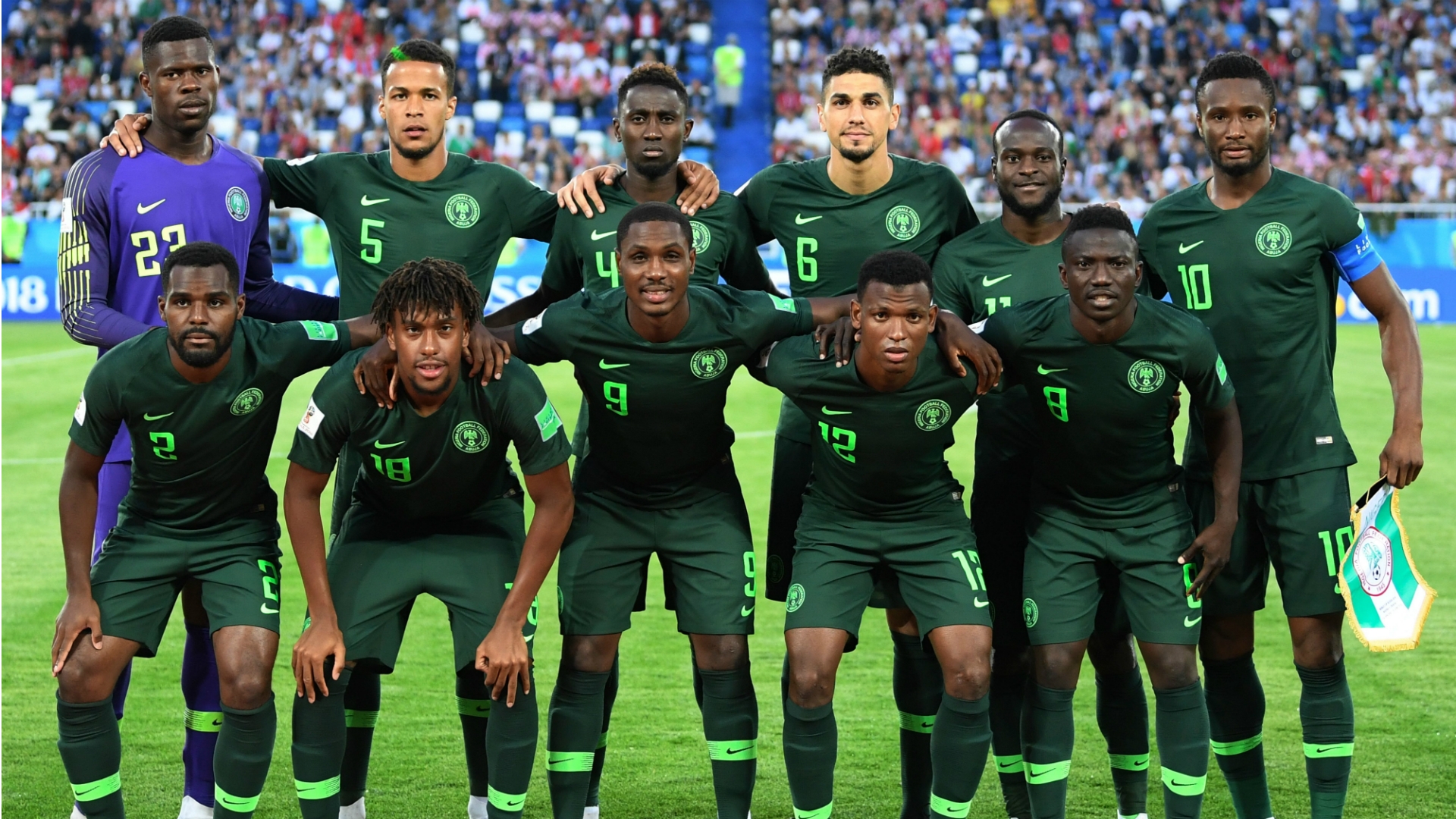 Goals from Simeon Nwankwo and Henry Onyekuru handed the Super Eagles a slim victory over the Lone Stars who got their lone strike via the penalty spot.

The game which saw retired James Debbah handed a starter’s role was organised in honour of President George Weah who retired his famous no.14 jersey.

President George Weah’s old team mate James Debbah is also on the pitch for the Lone Star.
Expectedly every touch of the ball by Weah is greeted with loud cheers and applause.

Gernot Rohr’s men took the lead in the 11th minutes after Onyekuru made good use of John Ogu’s pass to set the stadium alive.

Nwankwo doubled the lead in the 33rd minute after Oghenekharo Etebo floated a corner kick in the goal area of the hosts.

However, Liberia got the consolation goal in the closing stages of the game after Semi Ajayi had been adjudged to have handed the ball in his vital area.

Penalty to Liberia.
The referee rules that Semi Ajayi touched the ball with his hands in the box.
Gooooaal
Liberia.
1-2.#SoarSuperEagles #Team9jaStrong.