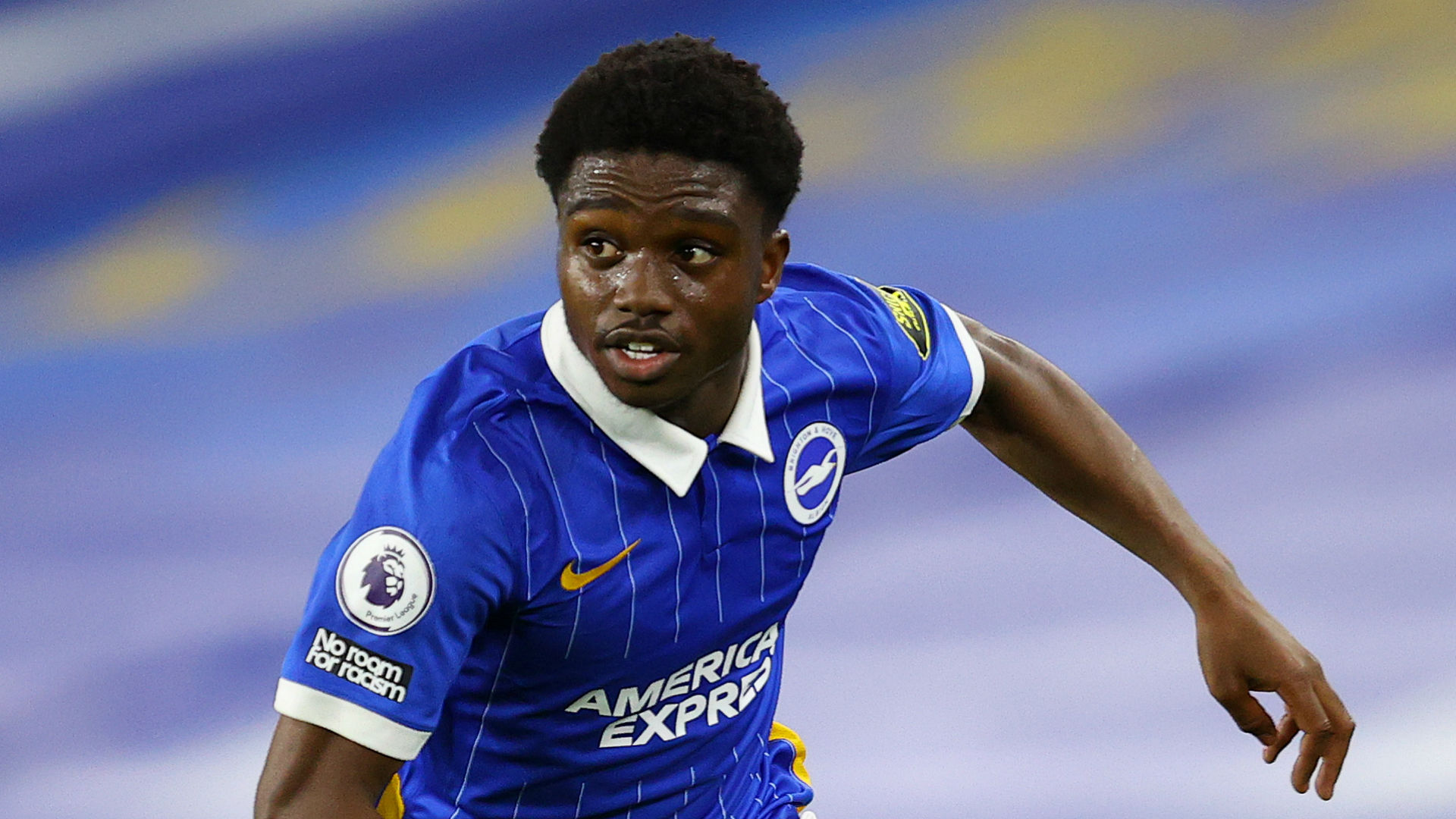 Brighton and Hove Albion will not stand in the way of Ghana prospect Tariq Lamptey should he earn a call-up for England U21 duty despite only just returning from a long injury lay-off, club boss Graham Potter has said.

Away from action since picking up an injury while featuring in the Premier League against Fulham in December last year, the right-back completed his comeback from a long lay-off with first-half minutes in a 2-0 triumph over Swansea City in the League Cup last week.

With an international break on the horizon, there have been uncertainties concerning his availability for international duty with England U21s, for whom he played two times before his injury setback.

“I think it [call-up] is something we have to be happy with because it means he is back playing, and he is fit,” Potter said, as reported by Daily Mail.

“It is a conversation between Tariq, Lee and the medical guys.

“We are always a club that supports international football and players playing for their countries, so we would be delighted with that.”

Having made a return to action, Lamptey could make a return to Premier League football when Brighton face Crystal Palace on Monday.

“Everyone here would just say the same, everyone loves him. When you have that feeling for someone you want everything to go well for him.

“I must say how he has conducted himself, how he has worked, it is inspirational really to everybody. His resilience, his mental strength and his capacity to deal with adversity - I think that is credit to him and his family.

“It's important not to look too far ahead and is important to have a plan about how to deal with him. Now it is about staying as focused as we can and being as present as we can with him, not getting carried away with anything and just seeing if we can get him on the pitch for us.”

Lamptey, born to Ghanaian parents in England, is being courted by the Ghana Football Association for a possible switch of international allegiance.