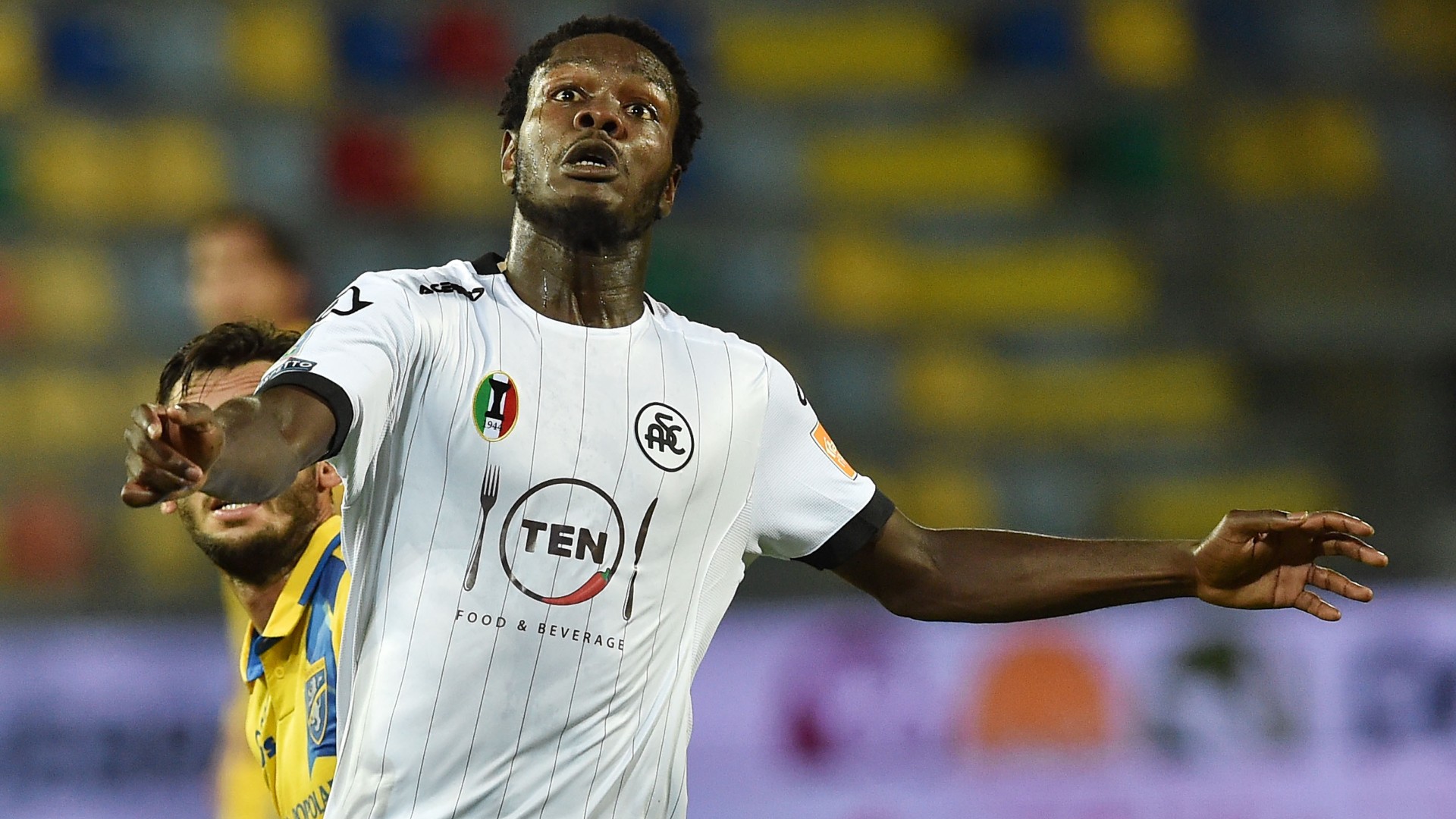 Spezia forward Emmanuel Gyasi has opened up about his desire to feature for the Black Stars of Ghana in the future.

The 26-year-old holds an Italian passport having been born in the Sicilian city of Palermo and also a Ghanaian one by virtue of his parents, who moved to the Mediterranean nation to seek a better life.

Gyasi however has his mind made up on wanting to play for Ghana and has cited Stephen Appiah and the country’s all-time top scorer Asamoah Gyan as his role models.

“My dream is to play for the senior national team [Black Stars]. I believe hardwork and determination can get me into the Black Stars,” he told Accra-based radio station Asempa FM “I have two mentors, Stephen Appiah and Asamoah Gyan.”

Gyasi was instrumental for Spezia as they secured Serie A promotion for the first time in their history after seeing off Frosinone in the promotion play-off final. He scored the only goal in the first leg victory at the Stadio Alberto Picco.

Even though the double-header was tied 1-1 on aggregate, with both sides getting an away win in both legs, Spezia won by virtue of their better placing during the regular season which was third compared to Frosinone’s eight place, seven points separating them apart.

“I’m glad I was able to play a key role in Spezia’s qualification into Serie A after just two years at the club,” Gyasi continued. “This is historic, because Spezia have not played in the Serie A before.”

Gyasi also revealed that he has received offers from various clubs and though he is happy at Spezia, he is very much open to leaving pending what the hierarchy of the Liguria region outfit have on the table.

“I’m very happy at Spezia because they take very good care of the players and I feel very comfortable,” he stated. “I have received a lot of offers, however, I want to sit with the technical directors of Spezia and listen to what they have for me before I decide the way forward.”

Gyasi had a hand in 16 goals (10 goals, six assists) in 39 appearances for Spezia last season. He has been with the Little Eagles since 2016 but spent time on loan at Pistoiese and Sudtiro where he had a hand in a combined 21 goals (nine goals, 12 assists).

His career started at Torino but failed to make the first team and was shipped on loan to Pisa, Mantova and Carrarese in the space of two years.