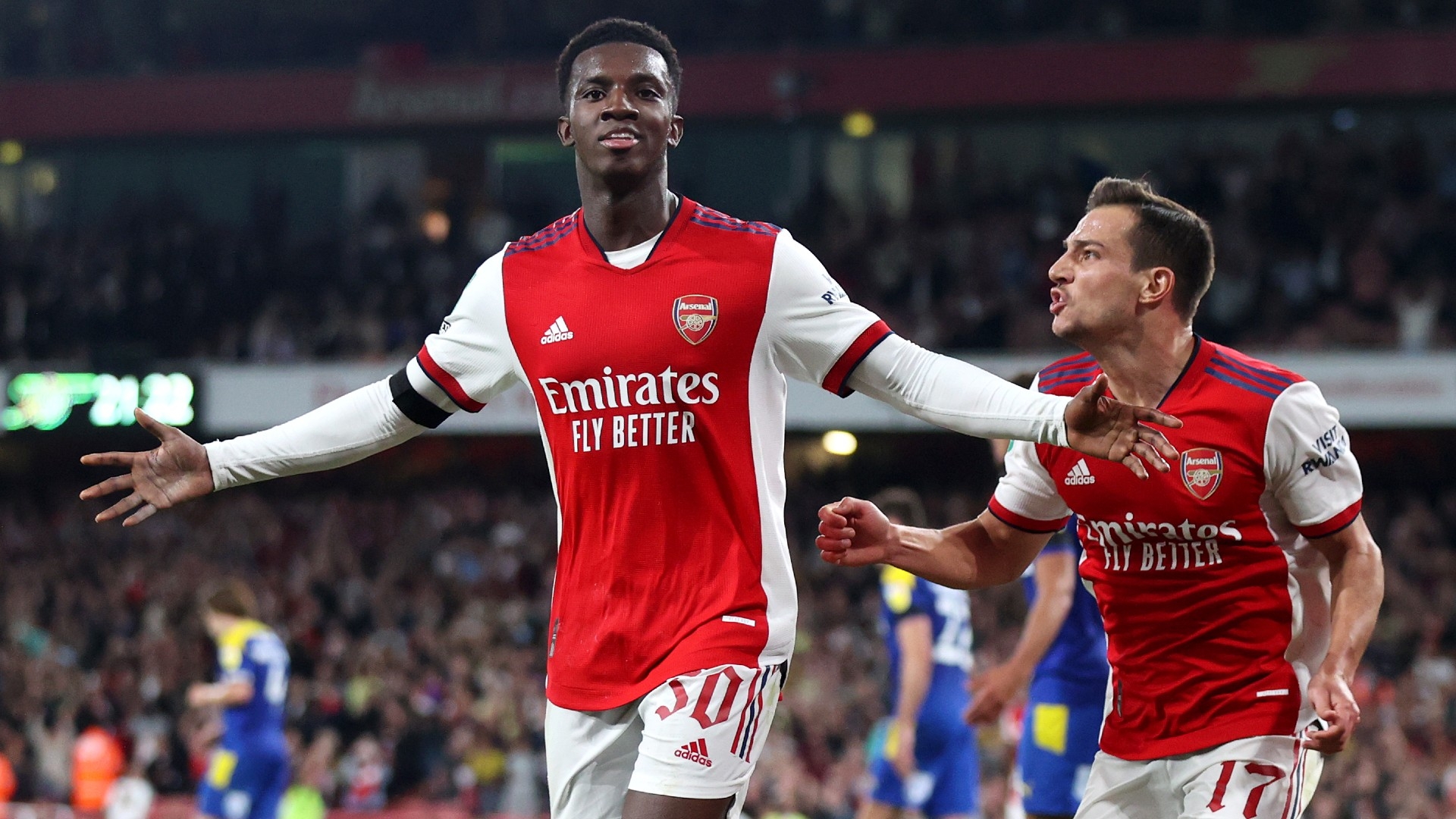 Eddie Nketiah gives Arsenal a lesson every day on how professionals should live, according to Arsenal boss Mikel Arteta.

Despite reports linking the Anglo-Ghanaian out of the Emirates Stadium next summer, the 22-year-old put in a fine performance in Wednesday’s Carabao Cup game against Wimbledon.

Nketiah was among the goal scorers as the North London side silenced the Dons 3-0 to qualify for the competition’s fourth round.

Ask how enthralled he has been by the former England youth international, the Spaniard told Arsenal website: “I think Eddie gives us a lesson every day on how professionals should live in this job.

“There's been a lot of speculation around him, a lot of debate but he's got his head down and trained harder than anyone else.

“He looks after himself and he supports all his team-mates in any circumstance.

“So, I am so happy for him, and it's no coincidence that he's able to perform at that level and physically how he manages the game because he trains the best every day, so I am delighted for him.”

After a notable performance against the League One side, Nketiah was replaced by Folarin Balogun with 17 minutes left on the clock.

Arsenal have now won their last three games in all competitions after losing their first two matches of the 2021-22 campaign – a reason why Arteta is now feeling more positive.

“Absolutely, but winning football matches is what brings that connection and belief, and fans happier,” he added.

“They are here to support the team and they want to see the team winning. It is a natural thing.

“They have always been with the team and now they are at a different level, and we need them at an even higher level on Sunday because we're going to need them and hopefully, we can enjoy a beautiful day together.”

Victory for the Gunners would see them climb out of the 13th position they occupy at the moment. For the Lilywhites, they are hoping to return to winning ways after losing 3-0 to Chelsea their last time out.