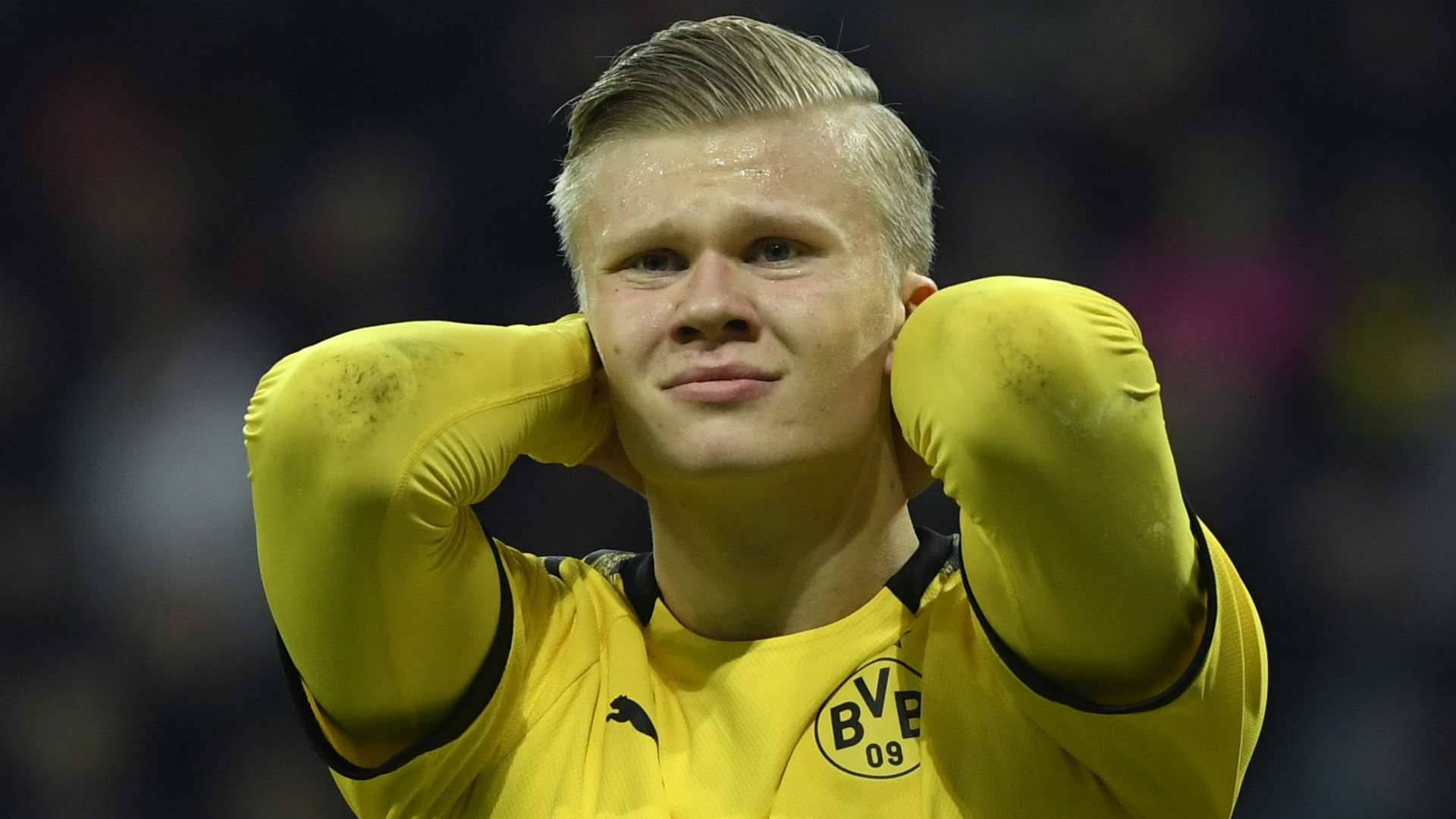 Borussia Dortmund's title hopes took another blow at the Allianz Stadium when Erling Haaland was forced off in discomfort during the second half of Der Klassiker against Bayern Munich.

The Norwegian sensation and BVB went into Tuesday's clash needing a win to close the gap on Bayern at the top of the table, after both teams recorded back-to-back wins in their first two fixtures following the return of the German top flight in May.

But Dortmund's hopes were dealt a blow in the first 45 minutes when Joshua Kimmich's shot looped over Roman Burki and into the net to open the scoring.

Midway through the second half, their chances of taking something from the clash were made to look even more remote when Haaland limped off the pitch with a knee problem.

The forward pulled up with 70 minutes on the clock in some pain, although he initially attempted to continue with his side looking to come back from 1-0 down.

After chasing a Jadon Sancho cross out of play, however, Haaland went to the floor and it immediately became apparent he would play no further part in the encounter.

Dortmund coach Lucien Favre sent Giovanni Reyna, who was already warming up in anticipation of an imminent substitution, onto the field, while Haaland limped off behind the Bayern goal and made his way slowly to the away bench.

Shorn of their star forward, the visitors could not find a way through and slumped to a 1-0 defeat that could prove decisive as the end of the season looms large.

After the match Favre confirmed the Norway star had suffered a knee injury, though he was optimistic that Haaland would not miss much, if any time.

Favre told a post-match news conference: "I don't think he'll be out for long. He's got a knee injury. We don't know at the moment exactly what it is."

With 10 goals in just 12 league appearances since making the switch from Red Bull Salzburg in January, the youngster's potency in front of the net has been key in keeping BVB's challenge for the crown alive.

Currently second in the Bundesliga standings, Dortmund are back in action on Sunday away to Paderborn, before hosting Hertha Berlin the following Saturday.

Bayern's victory on Tuesday will mean the Bavarians open a seven-point advantage at the Bundesliga summit with just six games left to play, leaving them on the verge of a record eighth consecutive title.