The 29th edition of the African Cup of Nations (Afcon) is once again here with us. During this time, friends who have affinity for the same club potentially become “frenemies” based on their nationality.

Likewise, fellow countrymen who support rival clubs join in harmony to support their nation. Indeed, Afcon is a festive period that elicits the “best of times” and the “worst of times” depending on whether your nation wins the trophy or exceeds preliminary expectations.

The jury is still out on Afcon, however, as there are still a few issues worthy of attention from top CAN decision-makers. One such issue that continues to garner attention and provokes testy debate is the timing of the tournament. Whereas other continental tournaments such as Uefa’s European Football Championship, CONMEBOL’s Copa América, and CONCACAF’s Gold Cup take place during the months of June and/or July, Afcon is played during the months of January and February. 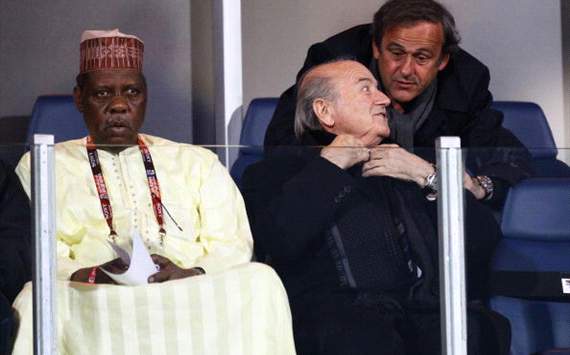 THE FOOTBALL DONS | Will Caf's Issa Hayatou listen to the two, Blatter and Platini

So, why is it an issue? Detractors argue that it interferes with African footballers plying their trade in top European leagues such as the English Premier League (EPL), La Liga, Eredivisie, and the French Ligue 1, among others. Occurring during the middle of their season, players are faced with a big decision: don't go and be scolded by home fans who will question their loyalty or depart and risk losing their place at their club team. This is a classic portrayal of “damned if you do…damned if you don’t!”

In an attempt to gauge Ghanaian viewpoints on this, I posed the question to a football fans forum. One Ghanaian seems to be in favor of Blatter’s way of thinking, as he stated the following: “Yeah. It will be better if they played it at the end of the [club] season. Players will then play with their hearts and not be fearful of injuries and losing their starting positions in their various clubs.” Again, the argument concerning the fear of injuries comes to the forefront.

One thing is for sure, though. If Afcon continues to be played in odd years (Blatter also called for this in 2008), and takes place in the months as suggested by Fifa officials and European clubs, it would no longer have to compete for fans who tune into top European leagues during this same time. Moreover, it would not go head-to-head with the European Football Championship, as it transpires in even years. This is of importance because scores of Africans intently watch this particular tournament. It would, however, potentially take place during the same time as Copa América, but I don’t think I’m alone when I say that African interests in that tournament hardly compare to that of the European Football Championship.
Nevertheless, it is now 2013, and while Afcon has switched from being played in even years to odd years, it doesn’t look likely that Caf officials will bow to the pressure and schedule the tournament during June and/or July. For one, they allude to June and July being the rainy season in Africa. This, they argue, will disqualify many African countries from hosting the tournament.

So, what’s your opinion? To change, or not to change: that is the question. I’d love for you to weigh in.