When Weston McKennie made his surprise move to Juventus, many took the "wait and see" approach.

By any measure, this move was a massive leap for the U.S. men's national team mainstay, who was suddenly being asked to reinvigorate and reenergize a giant club that desperately needed something new.

Well, it did not take much waiting to see what McKennie can bring to this Juventus team. In just a few short months, even as rumors continue to swirl surrounding the potential addition of another big-name signing, the American has already become the midfielder that the Bianconeri was so desperately crying out for.

Fresh off two strong performances with the USMNT in November, McKennie has been the star of the show for Juve in recent weeks, having become an integral part of Andrea Pirlo's plans.

The 22-year-old's transition from Bundesliga relegation candidates Schalke to a global superpower has been seamless and, with McKennie suddenly in goalscoring form, the Turin outfit could be finding its way out of its early-season rut.

That rut currently has Juventus sitting fourth in Serie A, having struggled to put results together under their first-year manager. But, over the last few weeks, the Italian giants have finally been playing close to their potential, and McKennie is a big reason why.

"Little by little he begins to know Italian better and therefore he manages to express himself better with the boys," Pirlo said of the Texan. "He is a player with great energy and desire, and he has ample room for improvement, but his involvement in the play is certainly one of his main qualities. He is improving and can do even better."

In his last three games, McKennie has scored his first two Juventus goals as well as providing an assist. So far this season, McKennie has been rotated in and out of Pirlo's lineups but, given his recent efforts, it appears he is now vital to this Juventus team.

His first goal came against Torino, kickstarting an eventual comeback in a 2-1 derby victory. With his side needing a goal, McKennie got on the end of a Juan Cuadrado cross, smashing home a header to open his Juve account.

McKennie has always been a monster on set pieces, with his athletic ability and determination to win the ball proving to be important assets. In fact, it was his heading ability that paved the way for his recent assist, as his flick-on helped set up Paulo Dybala against Genoa on Sunday. 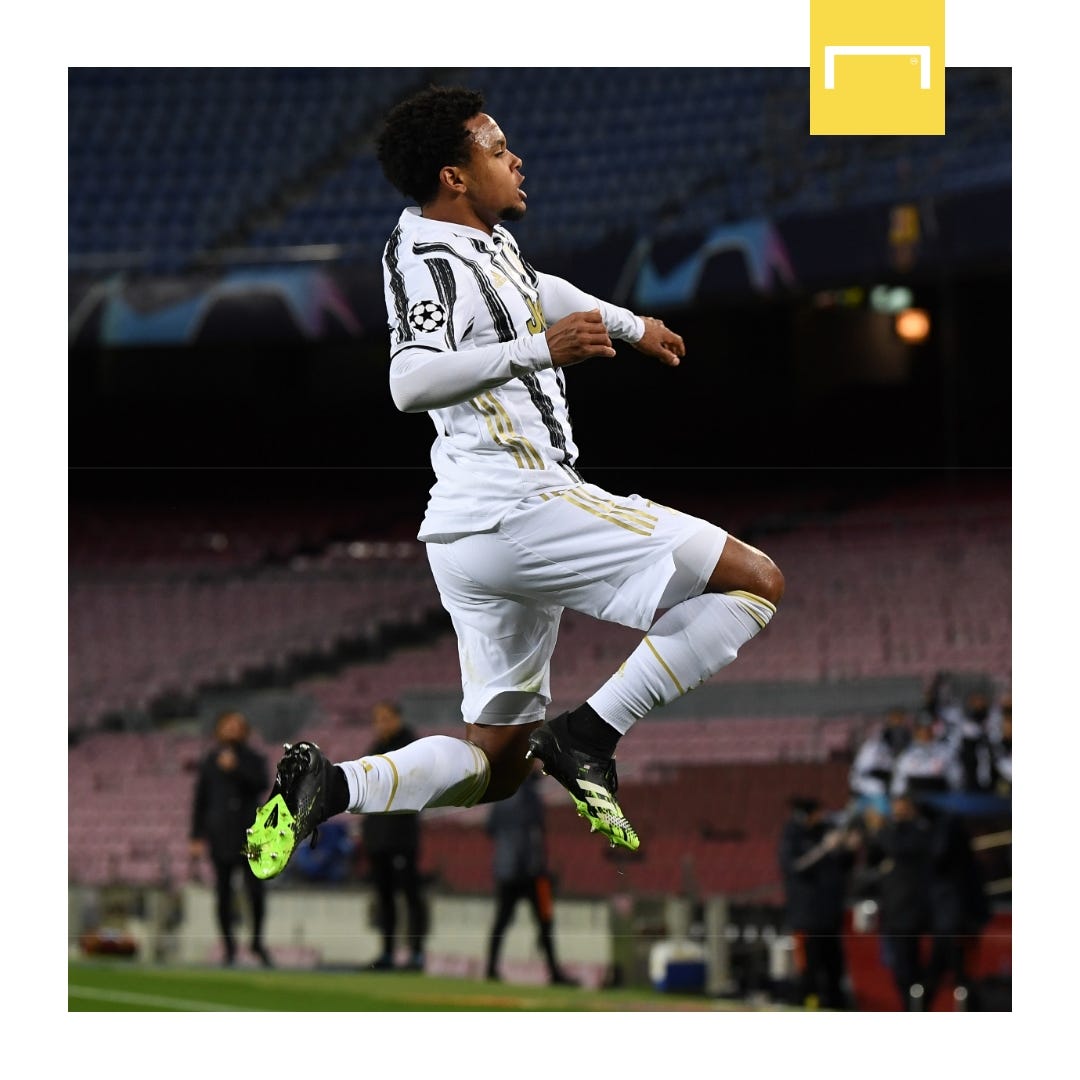 But McKennie's second Juve goal, which came against Barcelona, was nothing short of spectacular, leaving even Cristiano Ronaldo impressed in the immediate aftermath.

The 22-year-old's scissor-kick effort, once again set up by Cuadrado, was perhaps the group stage's most stunning finish, one that sent a message throughout Europe.

"I was lucky enough to score against Torino in the derby, and it was the same thing from then," McKennie told BT Sport after the game.

"Me and Cuadrado have the same hair, which gives us a mental connection, so it worked out good! It was a special goal for me. It was my second Champions League goal. It was against Barcelona, a team I watched growing up, so it was very special for me."

When Juventus brought in McKennie, they did so for his defensive qualities, and initially it has been those strengths that have made him invaluable for Pirlo's Juventus.

McKennie is, and has always been, all-energy. He covers the whole field, freeing up the likes of Arthur and Aaron Ramsey to play their own games and do what they do best.

Juventus knew about those qualities when they brought McKennie in on this initial loan, which will certainly become permanent at some point soon. They knew he would be a complimentary piece to the club's midfield, a group that has phased out longtime regulars like Blaise Matuidi and Sami Khedira.

What they may not have known, though, is that McKennie would grow into a player that can take things a step further by easing the burden on Ronaldo and co. in the attack.

Playing without a true No.10, Juventus need someone other than Ronaldo, Dybala and Alvaro Morata to create in the attack, and in recent weeks that has been McKennie. 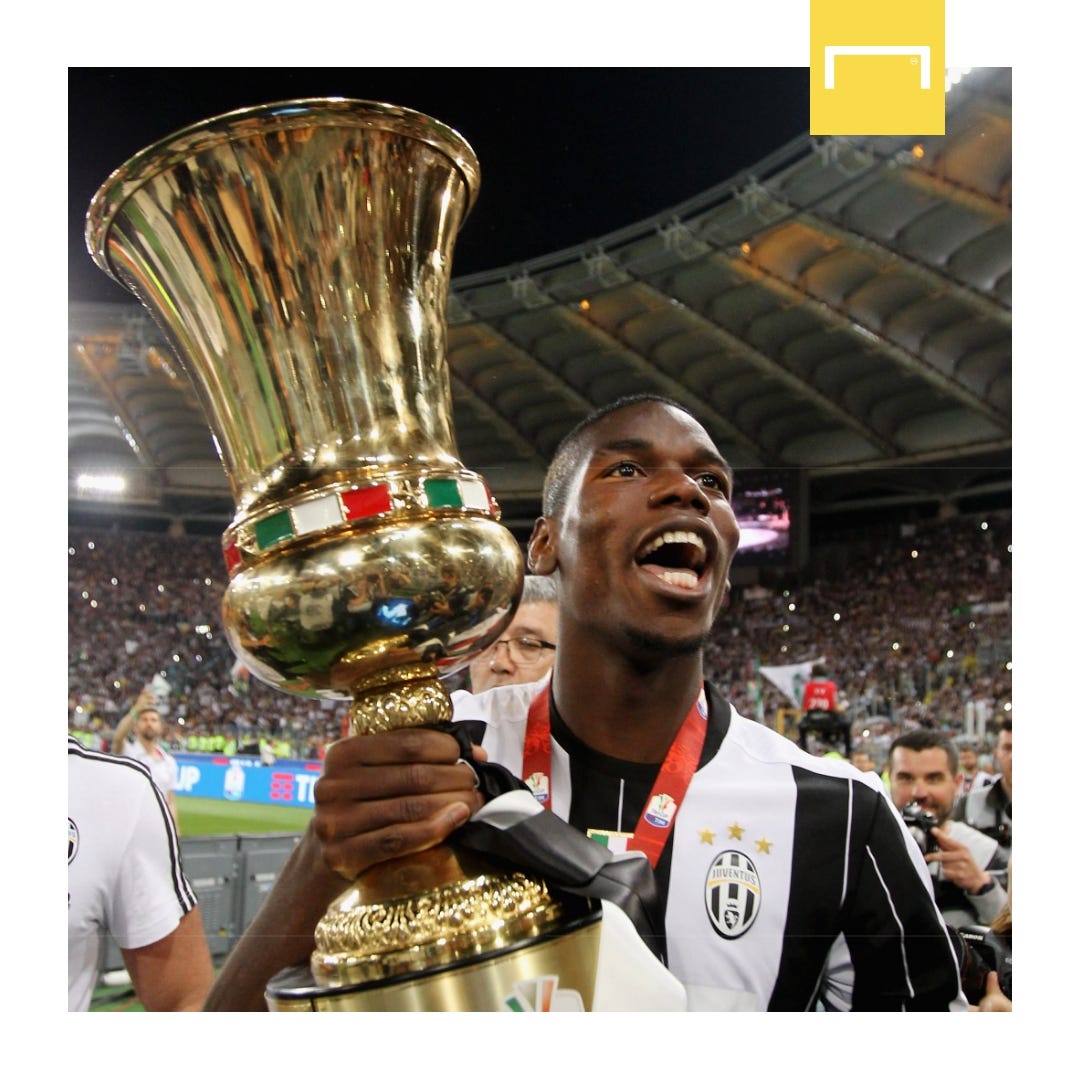 He is not miraculously turning into a 'trequartista', and he is not going to be a goalscorer in each and every game. Rather, McKennie has adapted his own game into Pirlo's plans, making him an attacking weapon that can pop up in key moments.

“We have been working on this since the start of the season, being aggressive, press the opponents in their own half, because it also helps you to keep the ball and not run as much if you get it back quickly," Pirlo said recently.

“We don’t have a classic midfield playmaker, but we do have midfielders who can take on a few different roles. It depends on the games and the characteristics of the opponents we are playing.

“We’re trying to make the most of Weston McKennie’s characteristics, as he can ‘invade’ the penalty area very well in central areas, especially when we have Dybala who tends to drift a little wider, and we need someone to attack the space.”

That is McKennie's role in this Juventus midfield: to attack the space. This midfield is still one in flux, though, as Pirlo is still figuring out how to best use his pieces.

Pirlo himself was once part of Juventus' most impressive midfield unit, one headlined by himself, Arturo Vidal, Claudio Marchisio and Paul Pogba. There are many that are calling for Juventus to try and replicate what made that team special by molding its current unit into something similar.

With that have come calls for Pogba's return, with the Manchester United star's agent Mino Raiola himself furthering those calls by mentioning Juventus by name when referencing his client's desire to leave Old Trafford.

If Pogba were to return, and this is a big if at this point, it is quite clear that McKennie would not be the one moved to make way for his arrival.

McKennie and Pogba have similar characteristics but are very different players. While both do make their presence felt all over the field, Pogba is certainly the better attacker while McKennie's energy see him as a more valuable defensive piece. 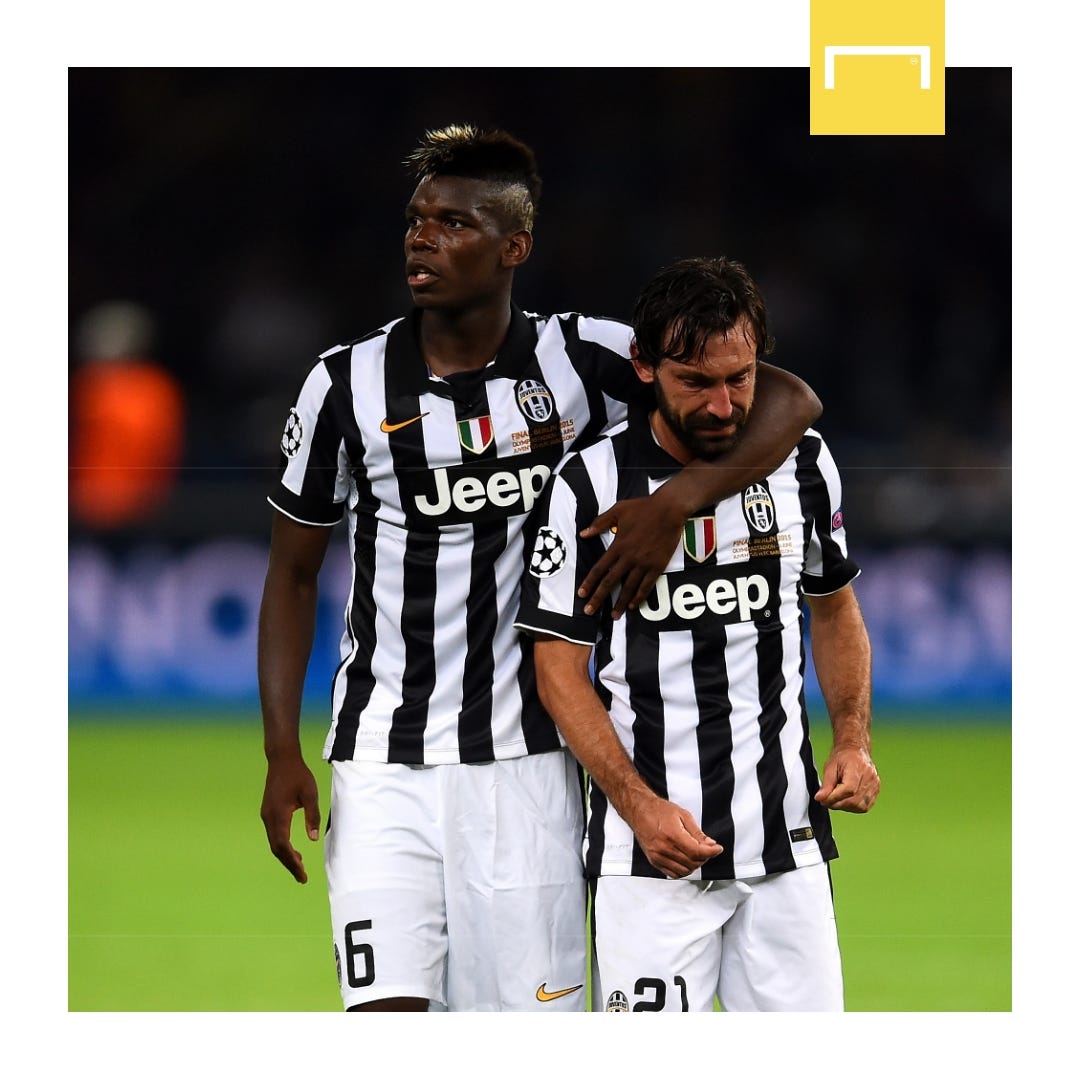 In that sense, they could be complementary to one another. Pogba is at his best when next to a player that lets him be himself, but he is also at his best when he is not burdened with too much of the attacking responsibility.

With this Juve team, McKennie could serve as the protector, Arthur the connector and Ronaldo the true goal creator. That, in theory, would allow Pogba to quite simply be Pogba.

Can McKennie be the Vidal figure in this hypothetical scenario? Possibly. Could Pogba, motivated to prove his Old Trafford detractors wrong, help take the Juve midfield to a new level? Most likely.

But even if Pogba never does arrive, McKennie has shown that he can become a piece worth building this team around as Juventus continues their movement towards a younger squad.

“McKennie is a very intelligent and outgoing guy who has been in Europe for some time, so is already accustomed to a certain environment," Juventus director Fabio Paratici told Sky Sport Italia.

"We have great expectations for him. He’s already at a good level, but has huge margins for improvement and in Italy, we are good at helping to improve and complete foreign players. We work on everything from tactics to individual work and how to experience football every single day. In those elements, Italy I think is the best in the world.

“Of course, it’s a two-way thing, and we also need players who are open to learning all these things. You need a good teacher and a good student, otherwise it’s tougher.”

McKennie has a great teacher in Pirlo and, in McKennie, Pirlo has found a fantastic student.

For years, Juventus have trying to find young players to take their midfield to the next level and, just a few short months after he made the move to Turin, McKennie is in the process of doing just that.