Manchester United have scoured the world in recent seasons in order to find full-backs worthy of Old Trafford. But in Enzo Diaz, Agropecuario's up and coming star, the Red Devils have truly entered into uncharted territory as they follow their next potential signing.

Far from the hustle and bustle of Buenos Aires and Rosario, Argentina's fertile football breeding grounds, lies the humble country town of Carlos Casares. Just 18,000 people live in the city, almost entirely dependent on incomes derived from the cultivation and export of soya, corn and other cereals. This apparent backwater is home to one of the country's youngest football clubs.

United 3/4 to beat Toon to nil

Club Agropecuario Argentino was founded in 2011 by the Grobocopatel family, descendants of 'Jewish Gauchos' that arrived in the pampas from Eastern Europe at the turn of the 20th century and now one of the richest dynasties in the entire nation through their soya interests. Back-to-back promotions have seen tiny Agropecuario jump into the second-tier Nacional B just six years after coming into being, but while 'Soy King' Bernardo Grobocopatel's chequebook has helped the newcomers make a brilliant start to the season they have also benefitted from young talents like Diaz in consolidating recent success.

The left-back, 21, was born in neighbouring Las Toscas and helped Agropecuario seal promotion last season. Even so, with just seven Nacional B games under his belt, it is a surprise to see the youngster linked to prematurely to United. But as Diaz himself confirmed, the Red Devils have sent intrepid emissaries into the heart of soy country to follow the second division's new sensation, and watched him impress in a 2-0 victory over Aldosivi.

“I found out on Saturday morning,” he explained to Ataque Futbolero.

“I spoke to my agent, who told me that [the scouts] were very impressed and that they were going to watch me for a few more games.

“It would be a dream come true to play there, but I need to stay focused on what I am doing right now.” 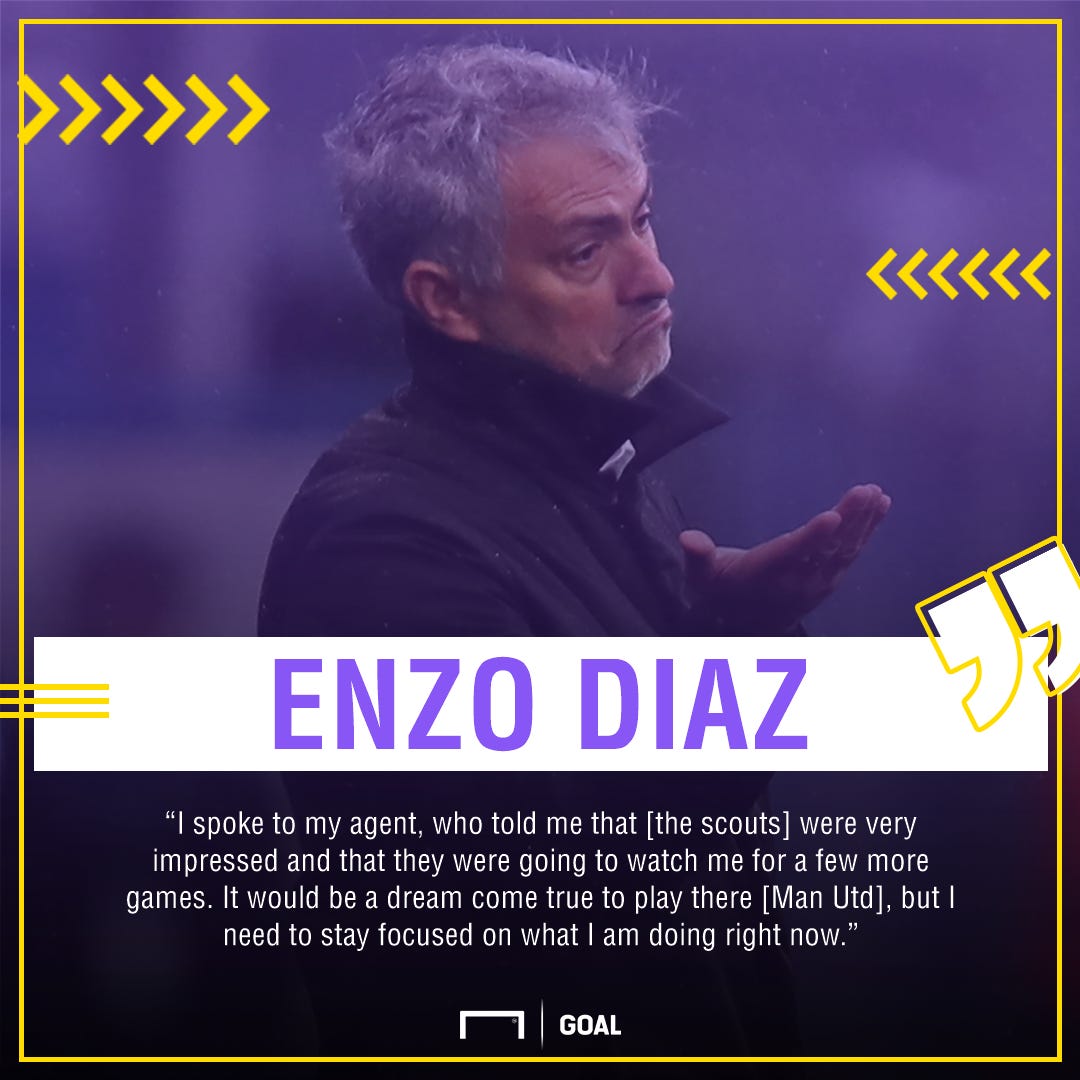 Nicknamed the 'greyhound' for the astonishing manner in which he covers the left flank, Diaz is also no prima donna. Prior to promotion he, like most of Agropecuario's squad, played on a strictly semi-professional basis, and supplemented his meagre football income with a job as an agricultural worker. “I used to train in the evenings after working in the fields all day,” he told TyC Sports back in June.

With both Marcos Rojo and Luke Shaw constant injury casualties at Old Trafford it is easy to see why such a hardy performer would be attractive to United. Diaz has a burgeoning reputation and has effortlessly stepped up to a higher grade with Agropecuario, who currently occupy second place in the Nacional B just two places behind leaders Villa Dalmine.

It would nevertheless be a spectacular gamble for the Red Devils. While players like Paulo Dybala – who went straight from Instituto to Palermo in Serie A – have made the jump from Argentina's second tier to a major European league, the gulf in class and professionalism is huge; even more so now than when Dybala was signed.

The late Julio Humberto Grondona's decision to expand the Primera to 30 teams in 2014 had a devastating effect on the quality of the second tier, and its effects are still felt today. The Nacional B is nowhere near as competitive as it was prior to the expansion, making it a less faithful gauge of talent. It is extremely doubtful that Diaz would be ready for the step up to the Premier League any time soon, and that's before the impossibility of securing a work permit for a player far from breaking into the Argentina set-up can be discussed.

If United do approach Agropecuario's young star, it will most likely be with a view to placing him in the Argentine top flight on loan until he is far more established as a player, or failing that farming him out to another European club. But if Enzo Diaz keeps starring we may yet see him one day at Old Trafford, completing a fairytale climb from the soy fields of Carlos Casares to the Theatre of Dreams.