Cristiano Ronaldo may live most of his life in the public eye, but he has remained relatively secretive about his personal relationships since rising to footballing stardom.

The Manchester United forward dated Russian model Irina Shayk for nearly five years until January 2015, when their break-up was described as "like a death" in the family by his sister Elma.

Ronaldo was linked to a number of women after that, but it became apparent a few years ago that Spanish model Georgina Rodriguez is officially the Portugal captain's partner. They are now very much an item, but if you're wondering who Rodriguez is, this is what we know about Ronaldo's love interest.

Who is Georgina Rodriguez? 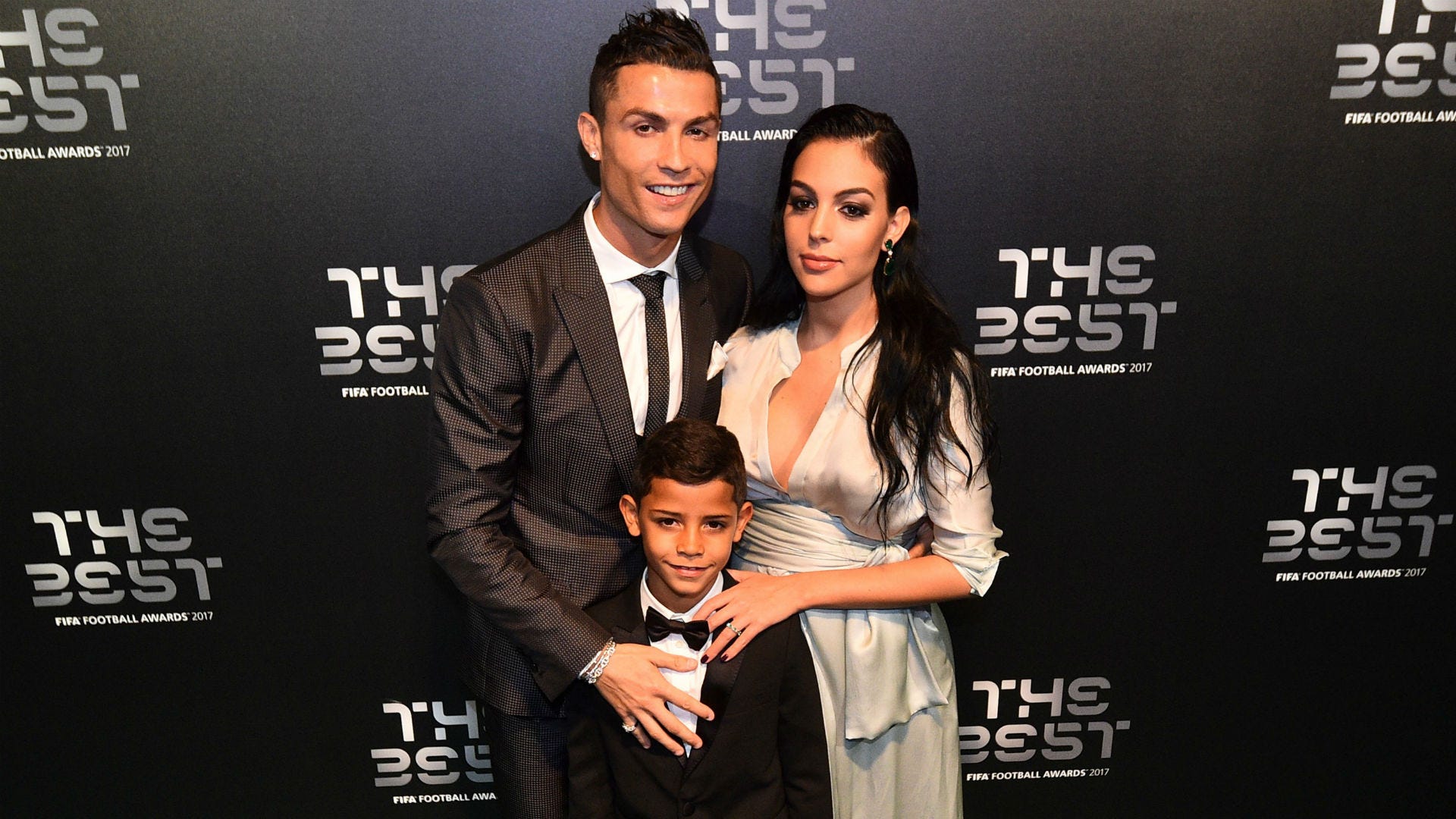 Georgina Rodriguez is the partner of Manchester United and Portugal star Cristiano Ronaldo. A model and dancer, she is also something of an internet 'influencer', with a formidable social media following, numbering over 30 million followers on Instagram.

She is originally from the northeastern Spanish city of Jaca. It has a population of just over 13,000 and is near the French border, around 450km from Madrid.

She is said to have worked as a waitress in her hometown before moving in with a family in Bristol, England, as an au pair. 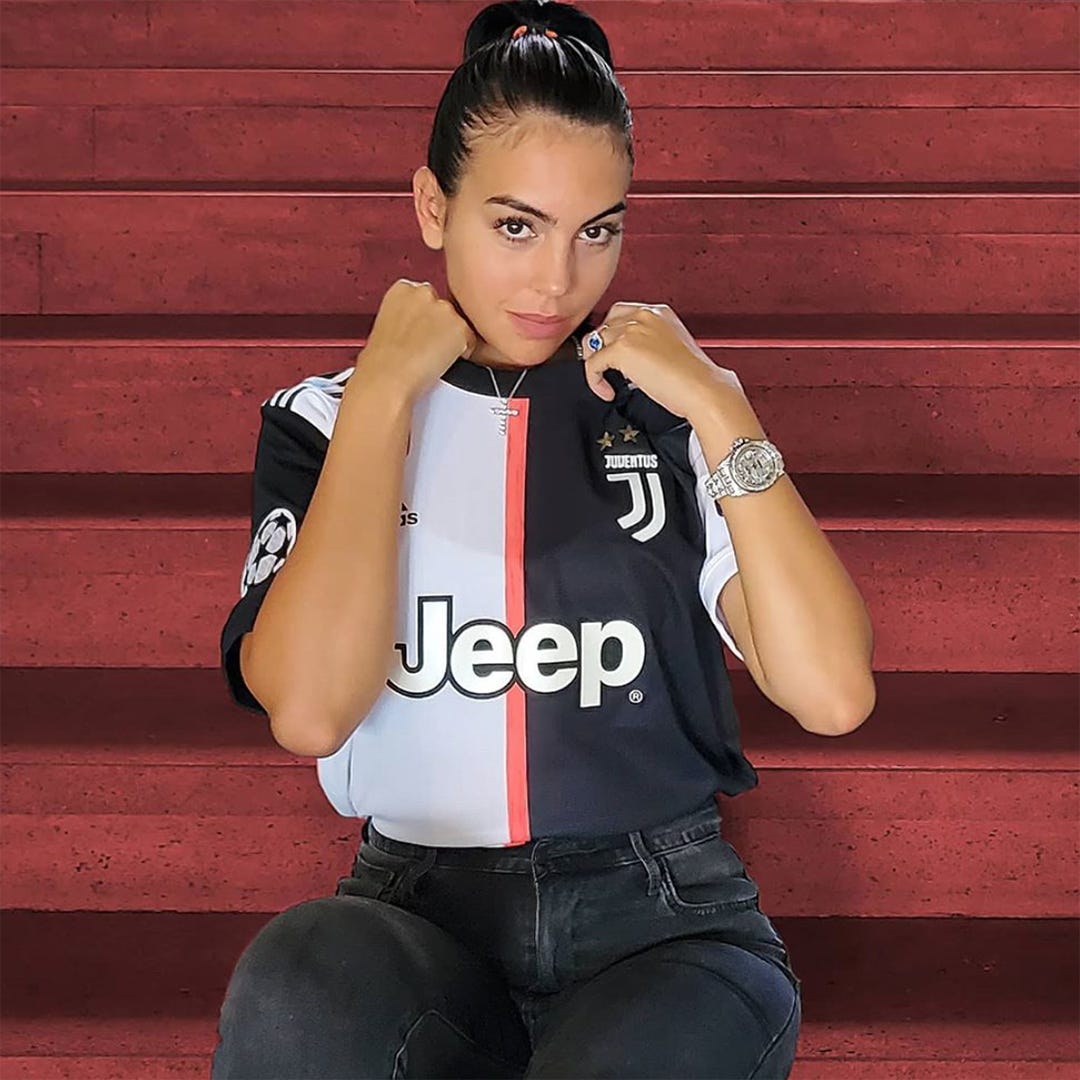 According to Spanish football newspaper AS, Rodriguez met the Ronaldo at a Gucci store in Madrid, where she was working as a shop assistant.

"His height, his body, his beauty caught my attention. I was trembling in front of him, but a spark ignited," she said.

"I am very shy and perhaps this stirred me more in front of a person who, with one glance, had touched me deeply. Then after, the way Cristiano treats me, cares for me and loves me did the rest."

The relationship progressed steadily from there, and they started to be snapped by paparazzi together in public in late 2016. Most memorably, Ronaldo was caught in a wig and sunglasses in an attempt to disguise himself during a trip to Disneyland Paris later that year.

Rodriguez has since attended Real Madrid, Juventus, Portugal and Manchester United matches. Of course, she has also been part of the family for the FIFA awards, attending the ceremonies with Ronaldo's mother, sisters and son.

There was no real announcement of the relationship in photos posted on Ronaldo and Rodriguez's Instagram accounts, but it became plainly evident that they had become an item.

What does the future hold for Georgina & Ronaldo?

This relationship is clearly the most serious Ronaldo has had since breaking up with Irina in 2015, a fact that was profoundly emphasised in 2017 when Georgina gave birth to a baby girl - her first with Ronaldo and the Portugal star's fourth child. In 2021, the couple then announced that they were expecting twins.

Georgina also appears to get along well with his son, Cristiano Jr, who Ronaldo has full custody of and cares for with his mother, Dolores. The identity of Cristiano Jr's biological mother has been kept secret since he was born in the United States in 2010.

Indeed, Georgina is very much involved with all of Ronaldo's children and is regularly pictured with all of them in seemingly tender moments.

The two have both made clear they are in love, and Georgina even spelled it out on Instagram. She was even there when Ronaldo's yacht was inspected by tax agents in the Balearic Islands, and followed Ronaldo from Madrid to Italy after the forward signed for Juventus, the on to England when he returned to Manchester United.

With more children on the way, perhaps marriage isn't too far down the line.

Georgina Rodriguez has been spotted at several games involving Cristiano Ronaldo, usually sitting beside and chatting to Cristiano Jr in the executive boxes.

She was on the pitch celebrating Ronaldo's first Serie A win with Juventus in 2019.

"Congratulations, my love, for being once more a CHAMPION. We love you," she wrote on her Instagram.

The model has also been there to support her husband at his award ceremonies, such as the FIFA Best Awards.

During the 2018 World Cup Georgina was spotted at Portugal's games, cheering on Ronaldo from the stands.

In their final group game against Iran she posted a photo of herself wearing a Ronaldo No.7 shirt with the caption: "Come on Cristiano. We love you".

She was also in attendance at Euro 2020 following Ronaldo's games along with the family at the pan-European tournament.

What is I Am Georgina on Netflix?

'I Am Georgina' is a six-part documentary on Netflix which chronicles a number of months in Georgina Rodriguez's life, giving a behind-the-scenes look into her life as Cristiano Ronaldo's partner.

Released in 2022, it features candid moments from Georgina's daily life as a mother and partner, as well as her work life involving modeling and dancing, as well as business interests.

"Many people know my name," she says in the teaser clip. "But few know who I am."

You can watch the trailer for the documentary in the video above.