He is yet to spend a full season in Ajax’s starting XI, but Frenkie de Jong is already a regular on the front pages of the Spanish press.

The flow of reports about Barcelona's interest in the 21-year-old has increased in recent weeks and the Amsterdam side's attempts to put a stop to it have been drowned out.

After director of football Marc Overmars insisted they will not let young stars like De Jong leave this summer for “even an insane amount of money”, Diario Sport's front page claimed the Catalans are preparing a €50 million (£45.5m/$56.8m) bid for the Dutch midfielder after picking him as their top target over Paul Pogba. Days later, De Jong said a move is unlikely this year, but not impossible.

“That interest is known by now, but I am still an Ajax player and I can’t say much about it now,” he told ElfVoetbal. "Certainly, you never know, but there is a big chance that I will stay at Ajax this season. I really want to play in the Champions League with Ajax."

Even though Overmars said De Jong’s case will not end like that of Davinson Sanchez, who left for Tottenham weeks after the director said he would not, the concern they will turn back on their word lingers. They have already lost one potential superstar in Justin Kluivert amid his claims they only care about getting big transfer fees for their top talents, and a sale could become more appealing if they fail to reach the Champions League group stage.

The pressure to win the Eredivisie this season is huge, however, and De Jong can play a pivotal role once coach Erik ten Hag establishes his ideal starting XI. Furthermore, Overmars and chief executive Edwin van der Sar must improve their own reputations. The club endured a catastrophic year after their Europa League final appearance in 2017 and letting one of the country’s most promising players leave so soon would only prove Kluivert right. 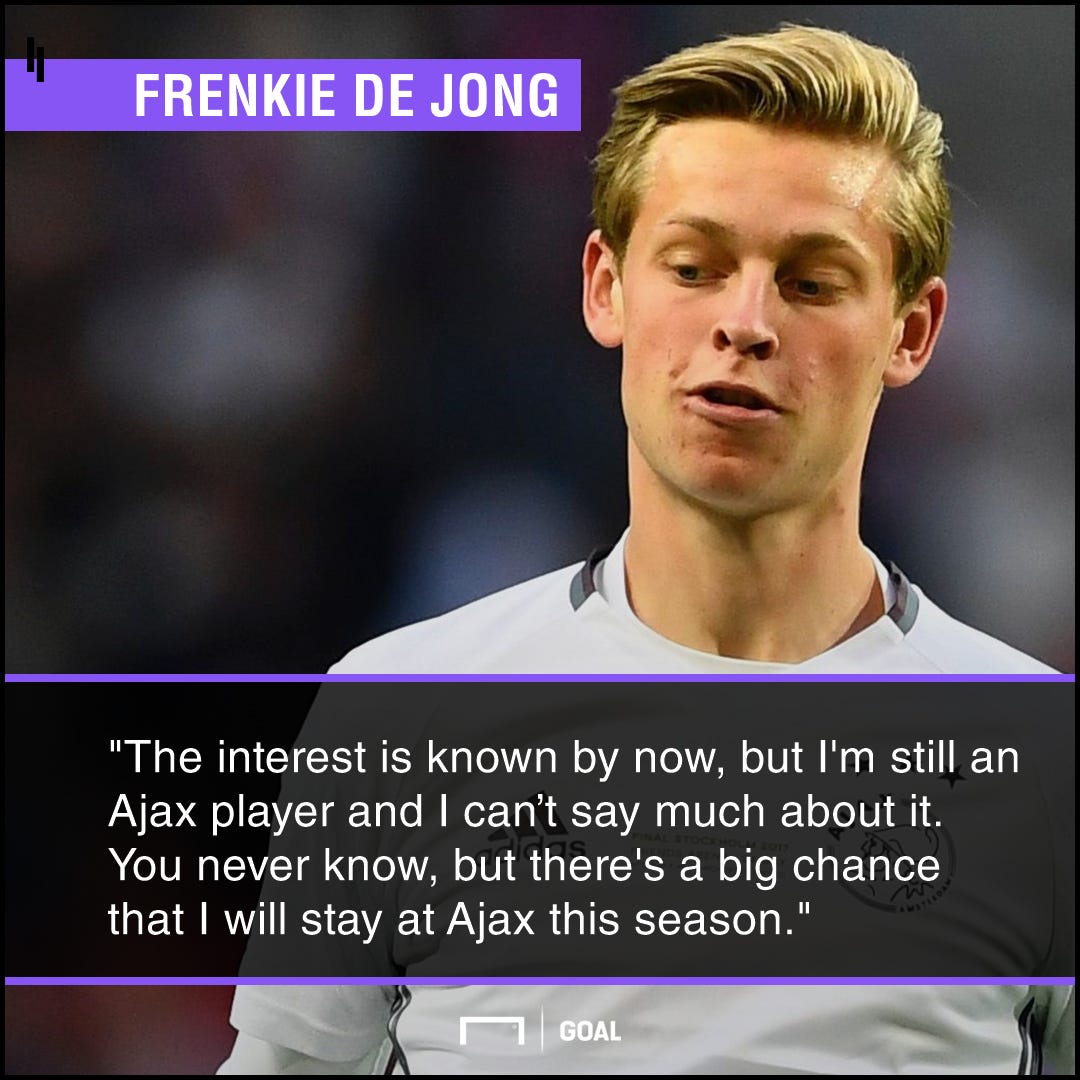 Overmars admitted they may not be able to hold off Europe’s top sides next year as interest has long been building in a player who is inspiring comparisons that range from bizarre to sacrilegious. Some believe he is this generation’s Franz Beckenbauer, others say he is like Frank Rijkaard, while more modern minds point out similarities to Sergio Busquets. There are even those who without shame believe the “new Johan Cruyff” has been discovered.

It is excessive for a player with just 41 Ajax appearances to his name, but De Jong’s ability is obvious. He is a joy to watch because of his good control, smooth dribbles and dangerous passes, but he can also dictate games, is eager to go forward and can cut through several opponents with one quick move. All this suggests he will blossom into an excellent midfielder.

“He looks like Sergio Busquets in terms of playing style,” former Barcelona star Xavi said recently. “He’s young, but I think he can make a huge contribution [to Barcelona] now. He is seen as a beastly talent. He’s really a player to keep an eye on. De Jong's profile is exactly what Barcelona need. A player who is technically very strong, wants to work for the team, but above all has a lot of talent.”

He arrived from Willem II in January 2016 with two Eredivisie appearances to his name but had to settle in at Jong Ajax, making an immediate impact in Dutch football’s second tier. His bright cameo appearances in the senior side’s journey to the Europa League final showed a key role awaited him, but competition for places in midfield kept him out of the first-team last season.

His route to stardom appeared last December when he was needed to fill in at centre-back beside De Ligt. Although it could not save Marcel Keizer from the sack a few weeks later, it proved a safe call as De Jong was immediately running the show from there, dragging the ball into midfield and picking out team-mates. In his second game as a defender, he was the star as they beat PSV in Amsterdam.

“I really think he is a revelation,” former Ajax and Netherlands player Arie Haan said. “I really enjoyed him against PSV. Now, you might laugh, but he is a better version of Franz Beckenbauer. People must interpret that properly. What I really mean is that he also has speed and passes easily. That’s an enormous weapon.” 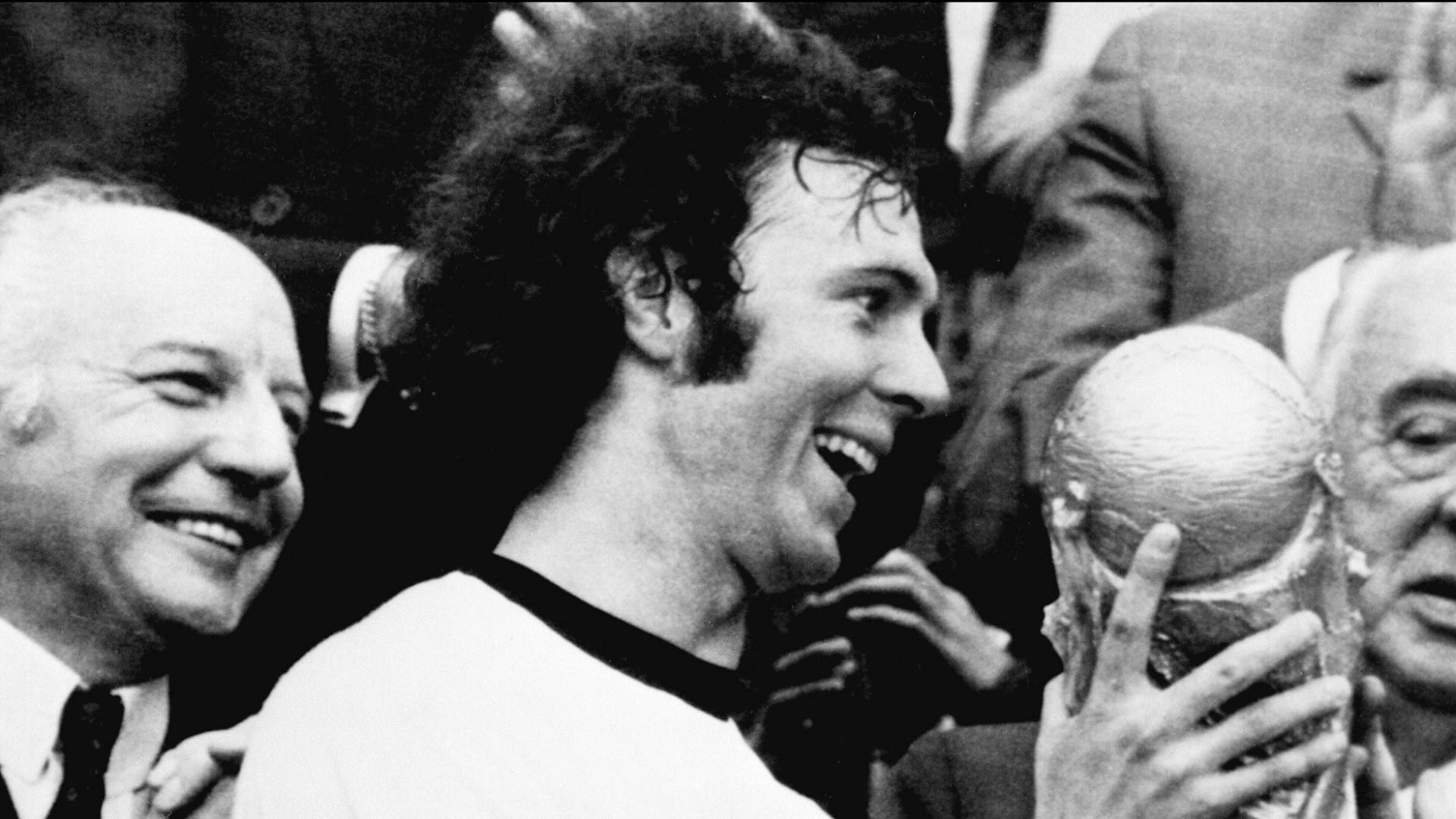 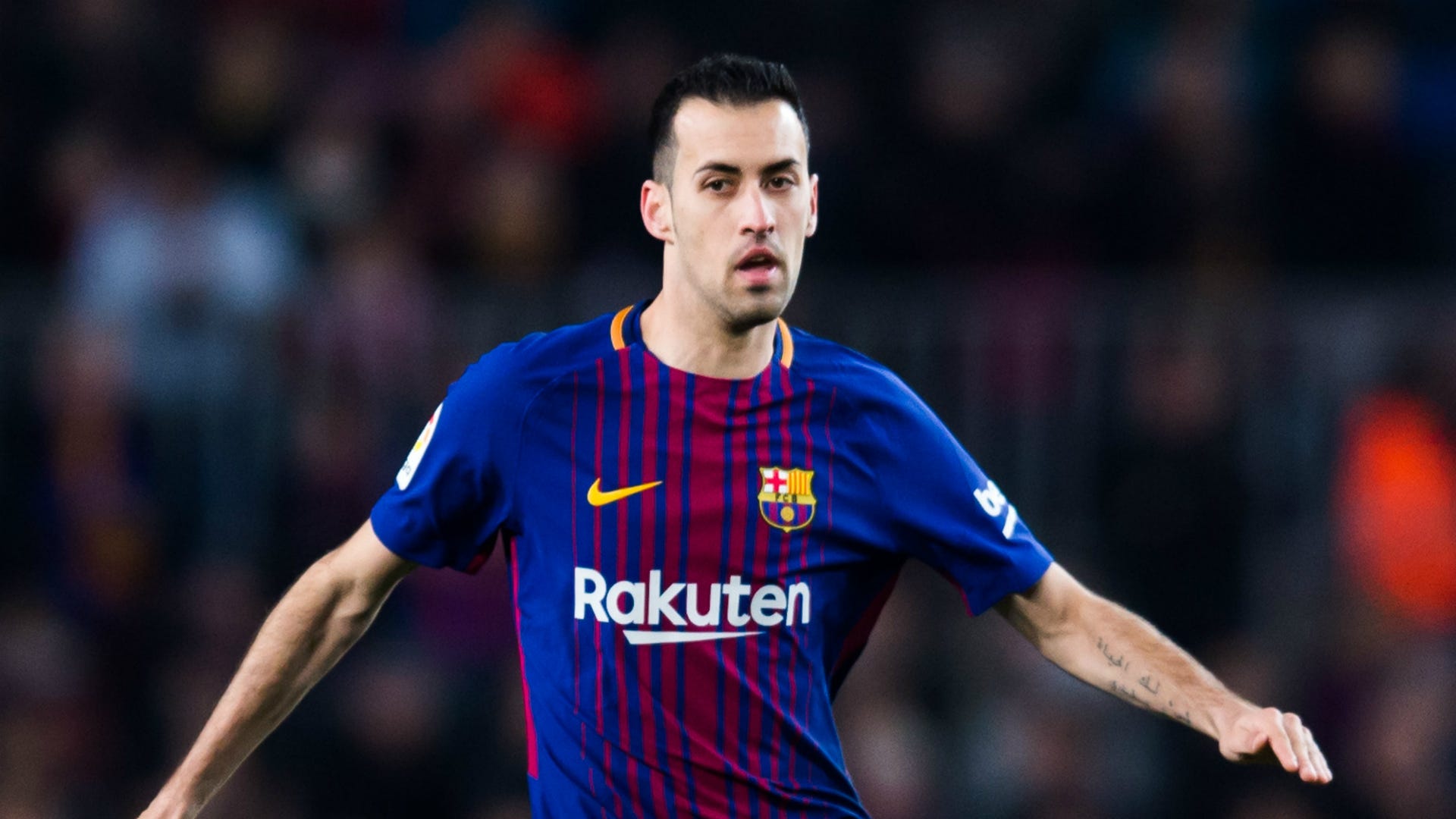 Ronald de Boer, analysing the game on Fox Sports, said: “He brings so much peace and always shows the intention of going forward, which creates space for other players. Frenkie also has an outstanding pass. You can’t learn that, it’s just incredible quality. He was the key to the success.”

The Under-21 international had a big influence on his team’s style. He drifted into midfield as Ajax moved forward and his change in position coincided with an unbeaten run that continued under new coach Ten Hag. Then, injury cut his season short in March and Ajax lost their first game without him and their hopes for silverware were soon ended as PSV beat them to secure the title.

Daley Blind’s return from Manchester United is expected to free De Jong up to return to his natural role, but he has played there just once in their first four games this term. He was brought on early in the second half in Ajax’s first Eredivisie game of the season and was in the back line once again as they drew 1-1 with Heracles. He has always looked capable so far, but well organised teams will be able to exploit the space he leaves behind him and his concentration drops at set pieces.

With less space to work with when he is in midfield, he often holds on to the ball for too long and gets snuffed out, but his sharpness will only improve with more experience in the role. He still needs a run of games there, but competition is still high as Hakim Ziyech remains for now and Donny van de Beek, Lasse Schone and Carel Eiting are also fighting for spots. Ten Hag, however, is aware that he must find a way to fit him in.

De Jong is an unavoidable talent and his shot in midfield is inevitable, but if Barcelona’s pursuit continues over the final weeks of the transfer window, he may end up looking for it at Camp Nou instead of the Johan Cruijff Arena.