He has close ties with a number of Europe's top teams from the Premier League, La Liga and Serie A

Tennis superstar Novak Djokovic is an avid follower of football and when he is not spending time on the court he is often seen attending matches.

In May 2022, for example, the Serbian was found in the presidential box at the Santiago Bernabeu during the UEFA Champions League semi-final clash between Real Madrid and Manchester City.

He was in the Spanish capital to take part in the Madrid Open, and he did not miss the opportunity to catch the home team in action. But is he a Madridista at heart, or does he support some other club? GOAL takes a look... 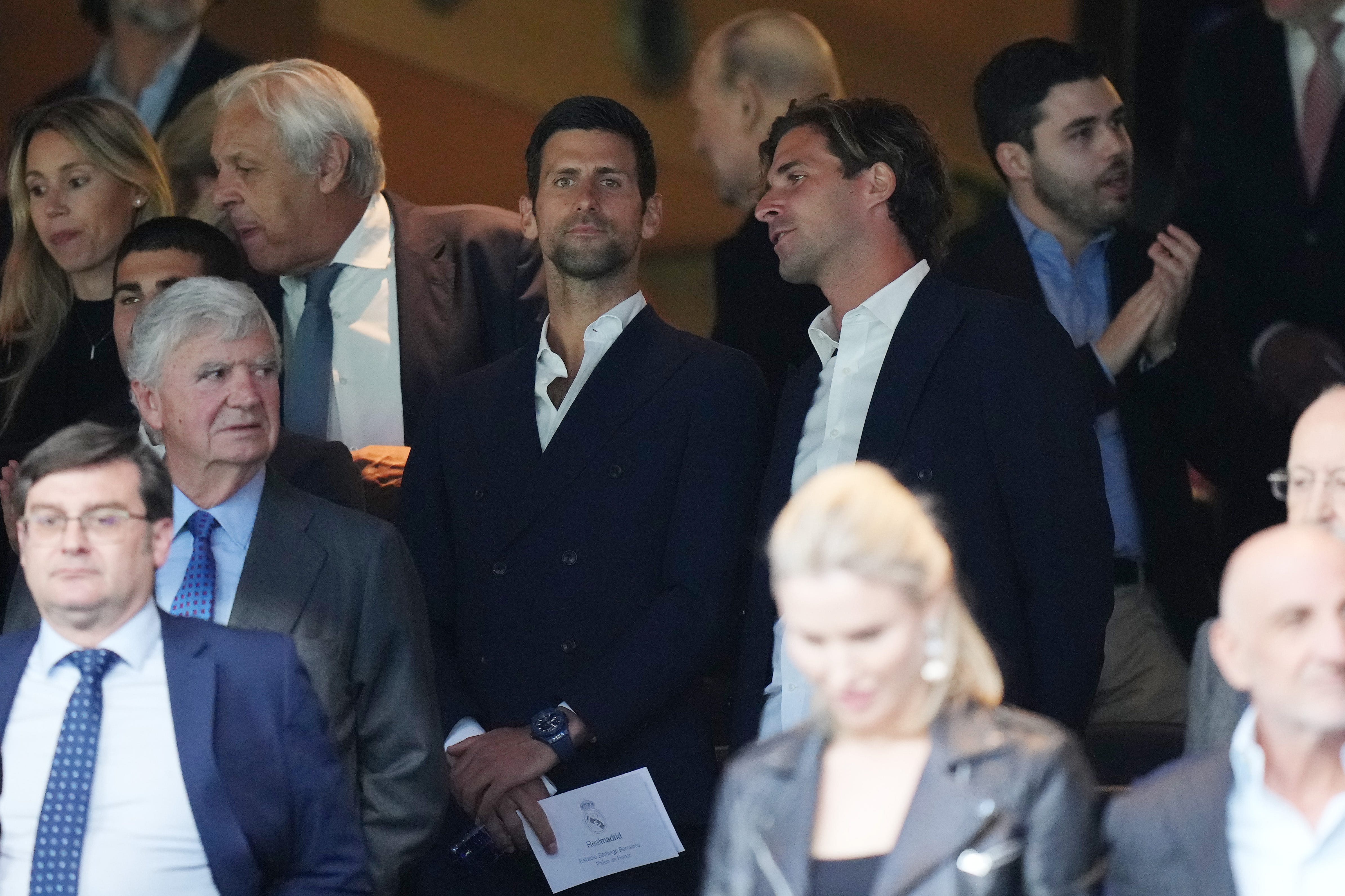 It is pretty difficult to say that Novak Djokovic is a fan of one particular club. He has often been seen sporting an AC Milan jersey but on occasion, he has also expressed his affection for Manchester United.

In 2014, some of the Milan players attended Djokovic's match at the Shanghai Masters and the Serb thanked the players on social media.

He is also quoted saying, "I’m a big fan of Milan and I’ll always be. For me, football is second only [to] tennis. My father was a professional footballer and at home we always watch the Rossoneri’s games with great interest."

In February 2022, he revealed that he is in regular touch with Zlatan Ibrahimovic and wanted Milan to win the Scudetto.

"I am friends with Zlatan Ibrahimovic. We often talked about my situation in Australia. He also supported me publicly, which I really appreciate. I'm a Milan fan and we hope to win the Scudetto this year," he stated.

However, there was one instance during Roland Garros, when he was asked to choose between Manchester United and Barcelona, he had no qualms about picking the Premier League side.

In 2008, he took part in a charity match called 'Iker vs Rafa', at the Palacio de Deportes de la Comunidad de Madrid to help fight against Malaria. 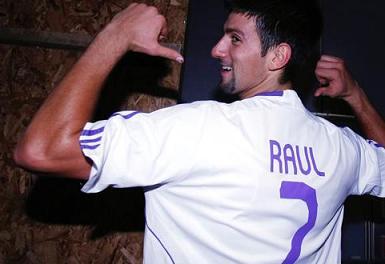 Four years later, he came back to Madrid for another fundraiser game called 'Alma Nadal', and the presentation was attended by then-coach Jose Mourinho, players like Raul, Alvaro Morata, and even president Florentino Perez. He was even handed over a Real Madrid jersey by Perez. 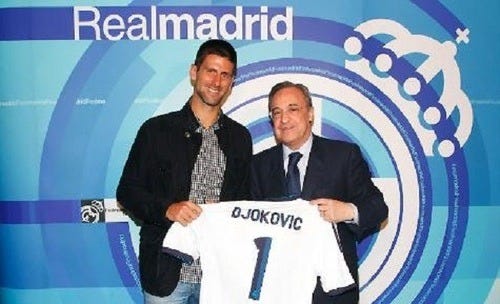 However, there is another incident that might portray him as a Benfica fan. In 2007, when he was in Portugal to take part in the Estoril Open, he was found sitting in the presidential box of Benfica. The club gifted him an official team shirt with his name and favourite number (4) on the back.  He even got it signed by Eusebio after winning the championship.

So to sum up we can safely conclude that although Djokovic supports Milan, he is above all a football fan. During the 2018 World Cup, he showed his support for Croatia and faced heavy backlash from his fellow Serbs. However, he defended his stand and said, "Sports have their 'universal language,' they erase boundaries between people, overcome differences in religion, race, and nationality."

Could Novak Djokovic have been a footballer?

Like rivals Rafael Nadal and Andy Murray, Novak Djokovic was also interested in football as a kid. Even now he plays the sport along with his team members for recreation.

"When I was a kid, I always wanted to play football," he said. "Of course, desire for tennis was stronger. So I started playing tennis. I always watched football games at home. Wherever I go, I follow football. This is one of my favourite sports.

"This is something that I do recreationally just for fun with my team, with my coaches. I like it. It's a great atmosphere in the team."

In April 2022, he uploaded a video on Instagram where he was seen juggling with PSG superstars Neymar and Marco Verratti.

In 2012, he played in another charity with Brazilian and global legends at the Estadio Olimpico Joao Havelange before a fixture between Fluminense and Cruzeiro - he didn’t do too badly for himself either, finding the net and creating another goal.

Brazil great Zico even commented: "Brazil has always had football magicians. I’m happy some of them are here today. I had played with [ex-tennis number one] Gustavo Kuerten before, he’s very good at football. But Djokovic is also good."