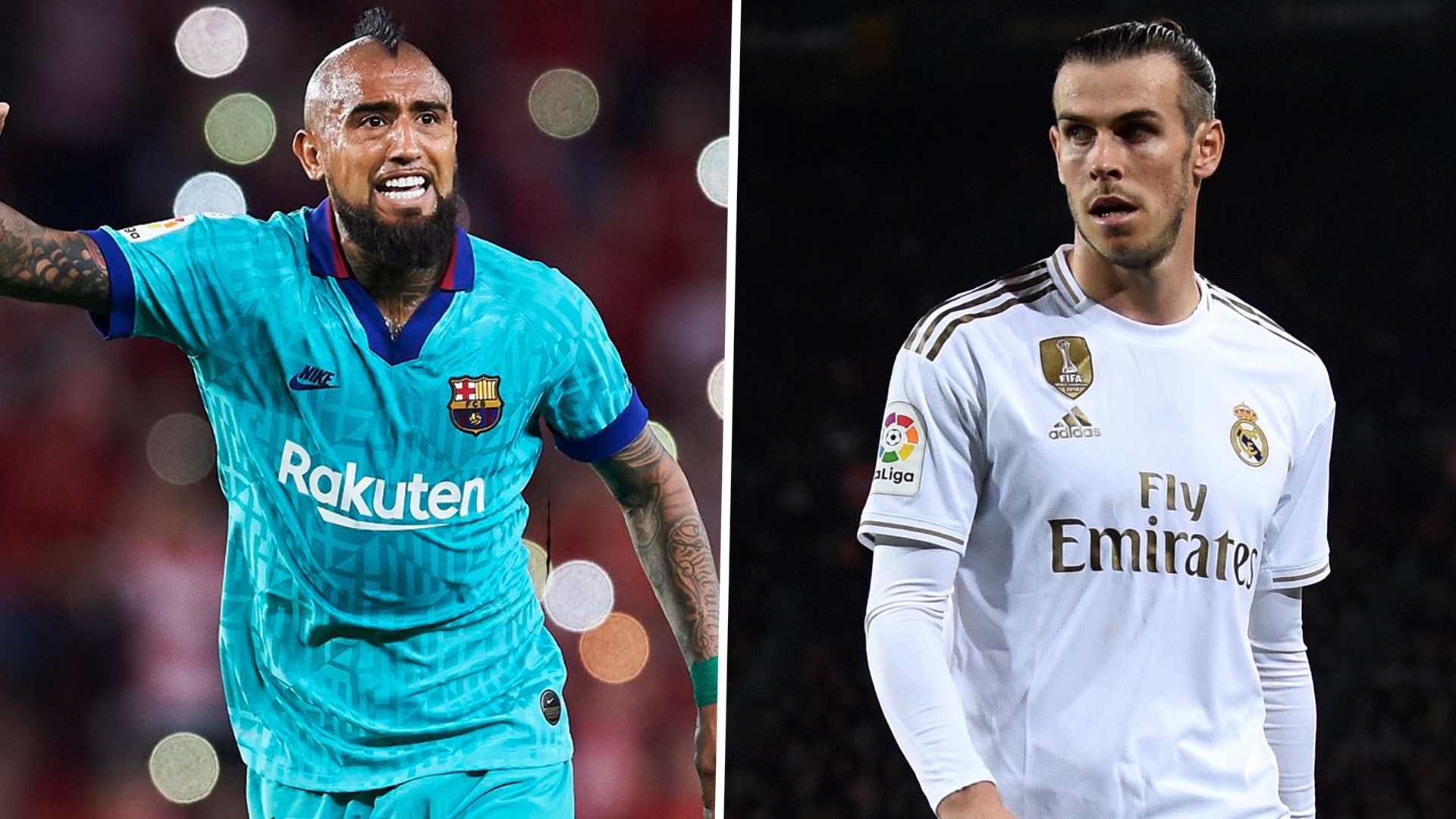 David Beckham's side has been a rumored destination for many European stars, but the club's sporting director says nothing is set in stone

Rumors involving Vidal began swirling over the weekend when the Barcelona star posted, and quickly deleted, an image of himself standing in front of an Inter Miami logo.

In the days since, the Chilean has been linked to the club, with reports indicating that Inter Miami are chasing a midfielder this summer after using the club's first two Designated Player spots on attacking players in Rodolfo Pizarro and Matias Pellegrini.

Barcelona are widely expected to move Vidal this summer as the club looks to balance its budget but, according to McDonough, any link between Inter Miami and the Chilean star is just "a rumor" for now.

"He's a top player. He's a very well established player," McDonough told reporters on Wednesday. "But we get linked with so many players and it hasn't stopped through this situation. So, as opportunities and as players get presented to us, we just continue to address them.

"Some of them are just straight rumors. Some of them are interest but they may not line up with our goals or our financial valuation. There're so many rumors, and I have to address rumors all the time and it's great that a lot of people are linked with Miami but we're just looking for the right couple of pieces here to finish it off."

Another reported Inter Miami target is Bale, who further bolstered links to MLS by admitting that he was interested in making a move to the league.

Any move for Bale would present a unique set of financial challenges for an MLS club, given the Real Madrid star's wages and the transfer fee that would be required to land him.

But, for now, McDonough says that there's nothing to say in terms of specifics, about Bale, Vidal or any other big-name potential DP.

"Gareth Bale is someone we've been linked with, of course. He's an exceptional player," he said. "I can't always comment on every rumor, whether the rumors are true or not true. I just can't talk because I'll always be answering rumors.

"He's an exceptional player, and a lot of players that we are linked to are exceptional players. We have got roster spots open, so anything that's good for the club, and if we think they're good for us and they align with our goals and our vision and motivations are aligned, then we'll have a conversation with those people."

It's been a busy week for McDonough and Inter Miami, who have also been in contact with Real Madrid over a potential move for James Rodriguez.

Earlier this week, McDonough deflected talks of a potential move for the Colombian, saying that the search is still ongoing.

While players like Bale, Vidal and James aren't in the picture for now, one player that could make a move to the club is 20-year-old Agustin Almendra of Boca Juniors.

According to Diario Ole, Inter Miami reached a deal with Boca in February for the midfielder including a loan with an option to buy.

Almendra, a member of Argentina's U-20 side, had previously been linked to West Ham and Roma.

While a deal didn't come to pass before the start of the MLS season, McDonough says that Inter Miami and Boca have hit pause for the time being as they wait and see how the summer transfer window shakes out.

"We had conversations with Boca," he said. "We were trying to get things done, and it's just kind of been on pause. We're trying to wait and see what happens when we come out of this, and what shape everybody's in and what the appetite is for us to do it, and the availability of other players in the market."