Three days before Christmas 2019, he was wearing the gloves for Fortuna Dusseldorf when a 90th-minute winner saw them beat Union Berlin 2-1 in front of a crowd of 45,490.

Steffen has since suffered two knee injuries and Dusseldorf have been relegated from the Bundesliga. Football fans, meanwhile, have been kept away from stadiums due to the Covid-19 pandemic, and the 25-year-old has returned to parent club Manchester City as Pep Guardiola's new No.2 to Ederson.

Sport has played a major part in keeping the issue at the top of the agenda. In the Premier League, shirts have carried the Black Lives Matter logo and players have taken the knee ahead of kick-offs in in a powerful and symbolic show of solidarity.

“It gives me chills now, that stuff was amazing,” Steffen tells Goal. “The process that had been going on, it's amazing that people aren't just brushing it under the rug like we usually do with these types of videos and killings.

“We have finally said enough is enough. And we're standing together in unity and that's what we need. We need everybody to do it every single day from here on out.

“We definitely can't go back to just letting it slide underneath the rug, letting it mellow out. We need to keep pushing, keep fighting for change.

“What's been going on in America, since it's been founded, is not right. And it's not fair for everybody. It's a system that's stacked up against minorities and that's got to change.”

Steffen was brought up by his white mother and white stepfather and says he was fortunate to suffer little racist abuse growing up in what he describes as a "privileged area" of Pennsylvania.

As he got older, the former Columbus Crew keeper became more aware of prejudice and was already considering plans to give back to help underprivileged communities. Events in the U.S. accelerated those plans.

With former MLS team-mate Alex Crognale, Steffen has set up Voyce Now; a not-for-profit foundation helping to make a difference in poorer areas.

“The video of George Floyd come out and I barely could watch it,” he says. “Right away, I just texted Alex and my mom and said we’ve got to do something for the black community because what's going on in America and racism around the world, it's got to be better. I want it to be better.

“At Voyce Now, we have a team of some consultants and around 75 professional athletes that just want to give back to their communities.

“We're focused on the black community because, for me, I want to help my people and I want to give. Family is everything to me. Without them I wouldn't be in this amazing, dream opportunity that I am today.”

Voyce Now has so far raised $75,000 (£60,000) which will be used to help young black children whose education is suffering because of the impact of the Covid-19 outbreak.

“There are just so many just kids out there that don't have access to virtual educational things like laptops and books and Wi-Fi,” he adds.

“We’re working with the Boys and Girls Club of America to donate things like that to these black communities that just don't have the educational resources that they really should have, to be able to be successful later in life.”

Steffen is determined that the issue of racism doesn’t disappear from the spotlight as it has in the past. At City, he has a new team-mate in Raheem Sterling who has been forthright in leading the fight against racism in sport, society and the media.

The England star has been away on international duty after a brief summer break and Steffen is looking forward to discussing issues with him soon.

“I haven't spoken to Raz yet,” he says. “I met him briefly so I'm actually really looking forward to sitting down and talking to him about what he's doing, his views and all that stuff and how we can work together going forward.” 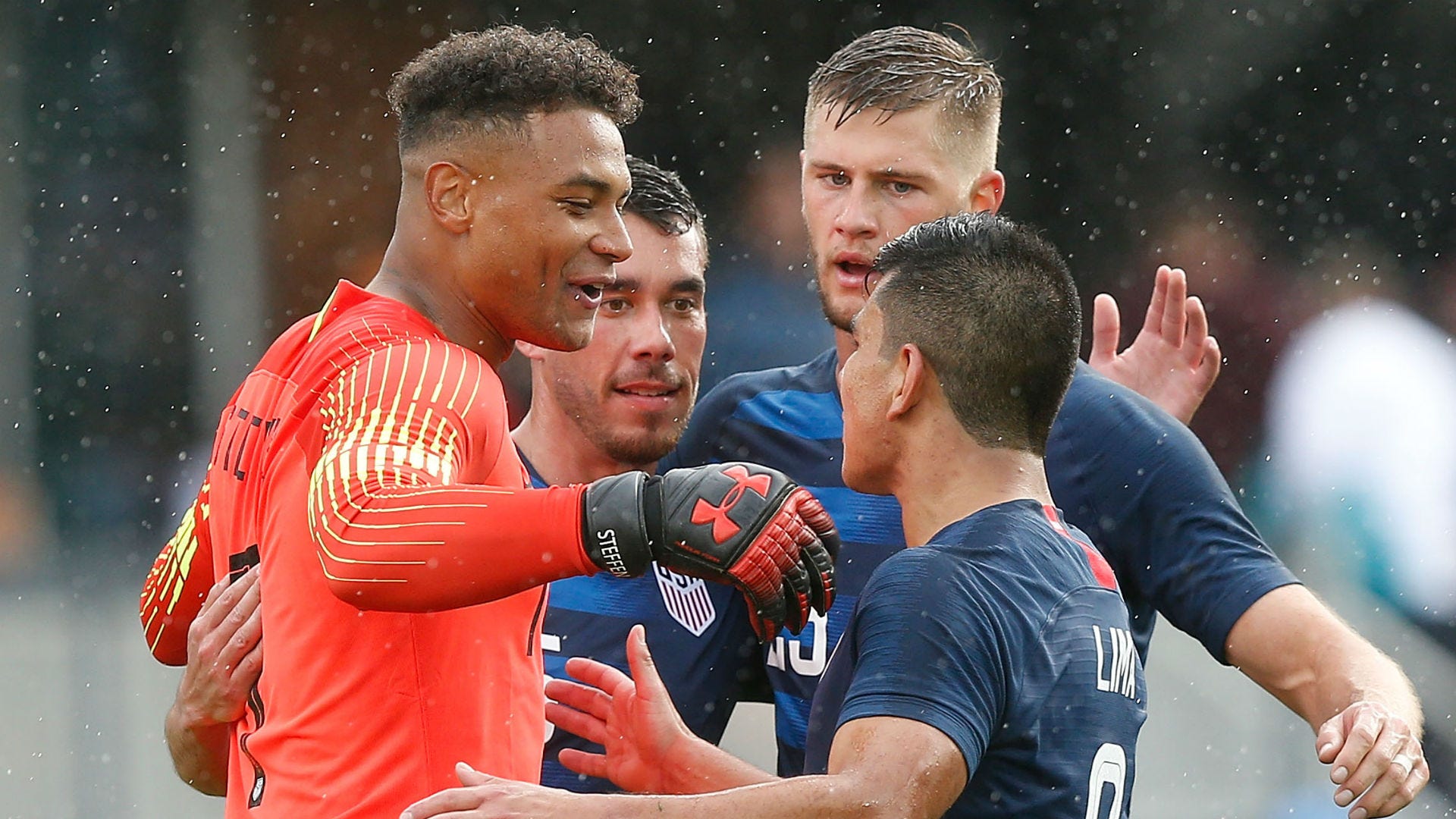 Steffen joined City as the U.S. No.1 in a £7 million ($10m) deal in 2019 before his season-long loan at Dusseldorf was ended prematurely due to injury.

He will start behind Ederson in the pecking order with his opportunities likely to come in domestic cup competitions, starting with a possible debut against Crystal Palace or Bournemouth in the Carabao Cup.

His last appearance for the USMNT was in October 2019 and he consulted coach Gregg Berhalter about his switch to the Etihad Stadium.

“He was the coach when when all this was happening at Columbus,” Steffen says. “We had many talks and he was supporting me with whatever I wanted to do.

"He definitely gave some some great advice. He pushed me and just wants the best for me, on and off the field.

"He thinks that coming to this team will teach me a lot. I'll grow and get better. We're definitely in talks about getting games and maintaining game form and all that stuff.

“But as long as I work hard and and get better every day, and do all those do all the little things that I can, all that will fall into line, how it's meant to.”