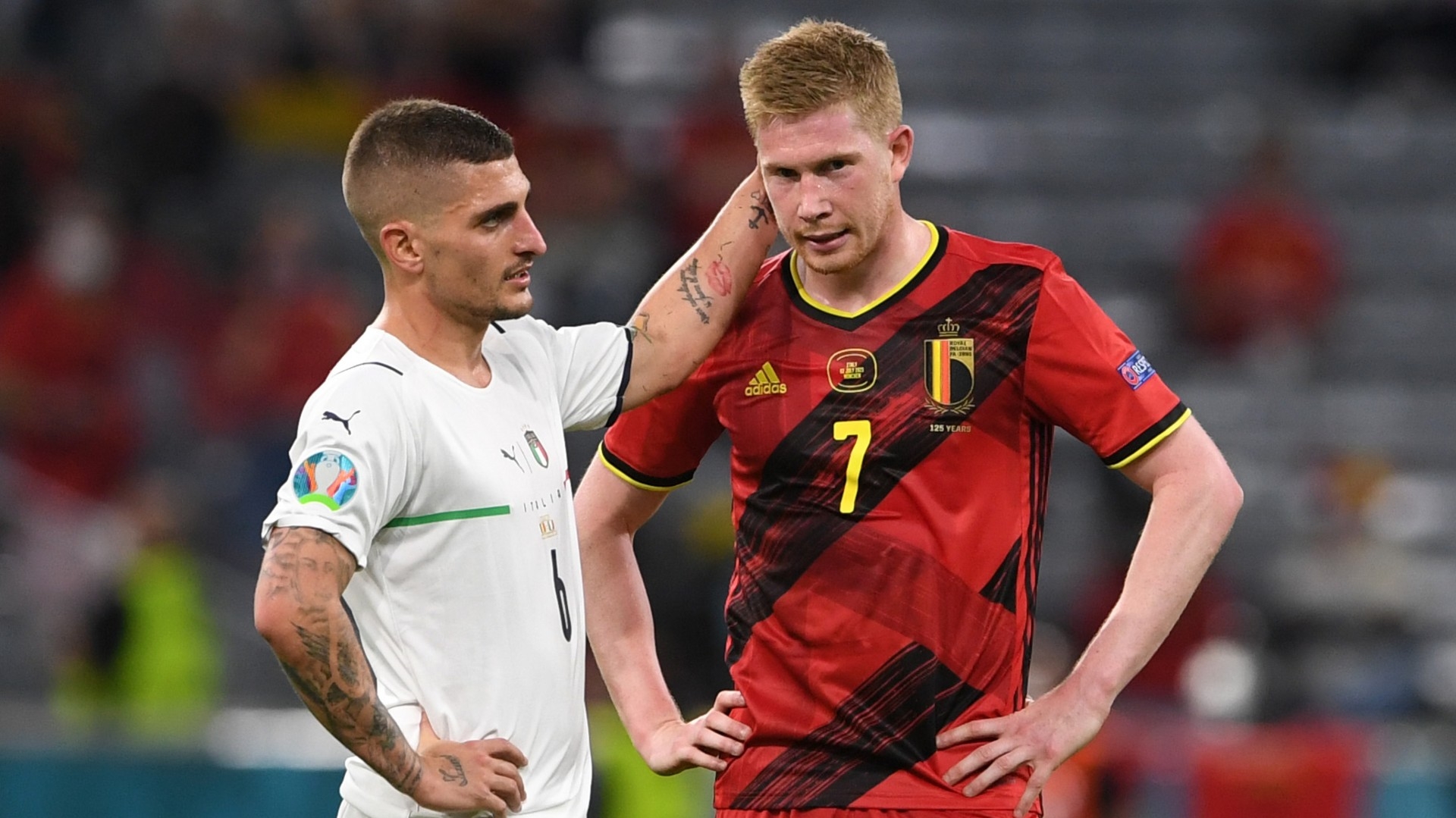 Kevin De Bruyne claims Belgium cannot be expected to compete with Italy and France despite topping the FIFA world rankings and boasting an enviable array of talent.

Another opportunity to land major silverware has passed the Red Devils by, with Roberto Martinez’s side only able to muster a fourth-place finish at the UEFA Nations League finals.

They remain the No 1 side on the planet in the official rankings, but De Bruyne claims Belgium lack the depth required to secure tangible success.

The Manchester City midfielder told HLN after suffering a 2-1 defeat to Italy in the Nations League play-off: “We did well at times against some top teams and had many new faces who did more than a decent job today.

“It’s good experience for them to be able to play against opponents of this calibre, but unfortunately we lost twice. With all due respect, playing against Estonia is not the same thing and these challenges are necessary for us to grow, both as individuals and as a team.

He added: “With all due respect, we are ‘just’ Belgium. It’s a new generation, we were missing Romelu Lukaku and Eden Hazard today, so we have to be realistic about the team we have. Italy, France and Spain have 22 top players to choose from and we do not.”

Belgium have entered every major tournament since 2014 among the favourites, given they can all upon the talents of De Bruyne, Lukaku, Hazard, Thibaut Courtois, Axel Witsel and Dries Mertens.

They have however progressed beyond the quarter-final stage just once at the last four competitions, with a third-place finish at the 2018 World Cup.