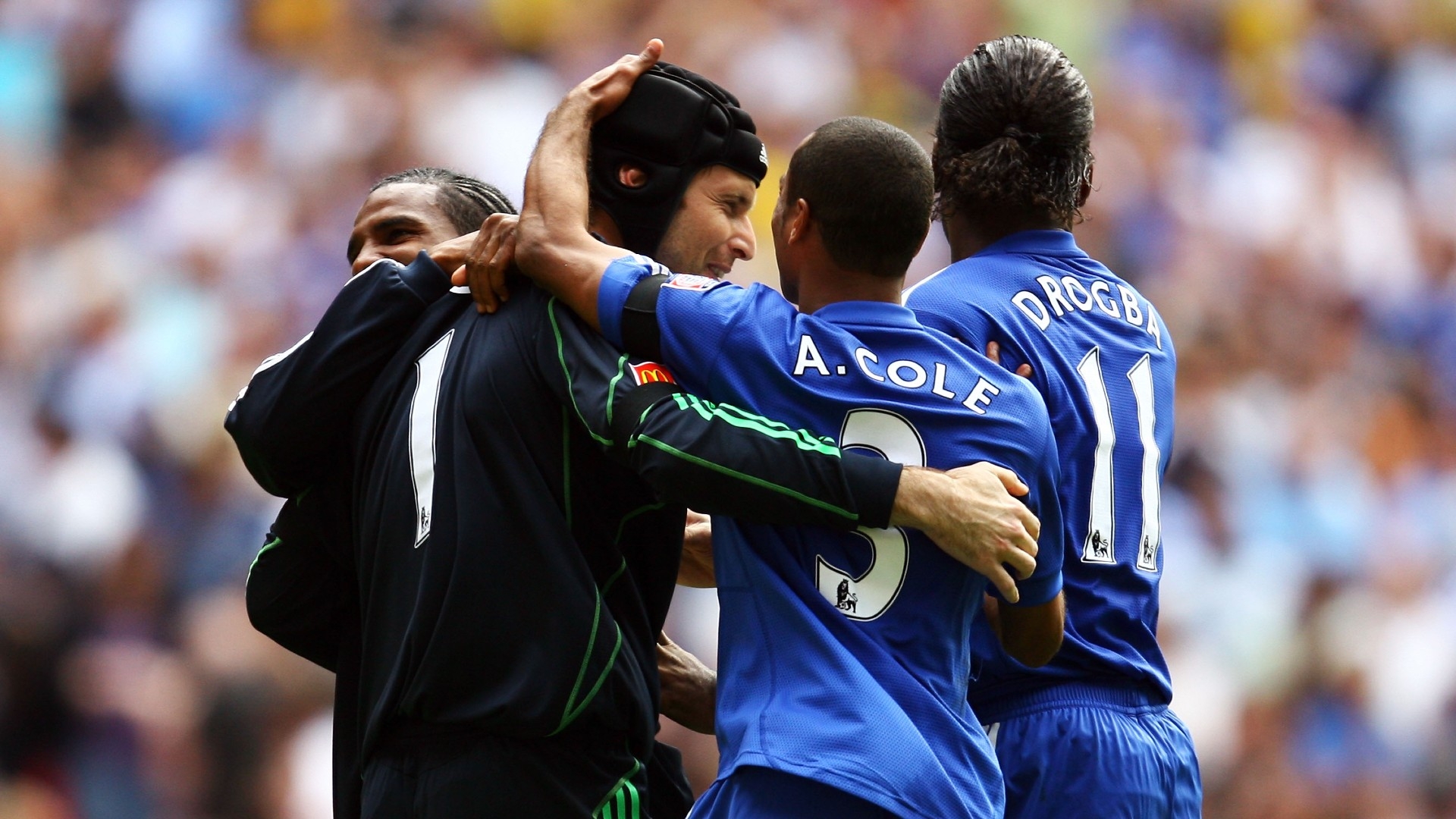 The German coach guided the Blues to European glory last season, but he could still find room in his ranks for a couple of club icons

Thomas Tuchel has picked out the Chelsea legends that he would most like to add to his current squad at Stamford Bridge, with an iconic goalkeeper and a predatory finisher getting the nod.

The Blues tasted Champions League glory last season, with the club's class of 2021 emulating the efforts of those from 2012 that made history by securing European football's grandest prize for the first time.

Two men that figured prominently in that success under Roberto Di Matteo have been selected by Tuchel as those he would welcome back into the fold if given a chance, with Petr Cech and Didier Drogba earning the German's full respect.

Asked by Chelsea's official website to name the legends he would sign if presented with a time machine, Tuchel said: "Tough question!

"I work every day with Petr Cech and he’s great to have around, so I’ll choose Petr with all of his experience.

"He works here as a Technical Advisor but he also helps out sometimes with our goalkeepers and I think it would have been fun to have coached him as a player.

"I watched a documentary about him and Didier Drogba recently and both of them had such fantastic winning mentalities when they were playing, so focused and dedicated and for sure, they would be an asset to any team."

What did Cech and Drogba win at Chelsea?

Chelsea signed Cech from Rennes in the summer of 2004 and would see him spend 11 memorable years between the sticks in west London.

The Czech goalkeeper took in 494 appearances for the Blues before heading to Arsenal.

Drogba boasts a similar roll of honour, with the Europa League all that is missing from his Chelsea CV.

The iconic Ivorian striker took in two spells with the Blues, with the first of those proving to be the most memorable.

Snapped up by Jose Mourinho in the same window as Cech, Drogba plundered 157 goals through 341 appearances - with that haul including 100 efforts in the Premier League.

He left in 2012, after being a Champions League final hero, but returned two years later to help himself to another seven goals and two trophies.