The France international's ability to start counterattacking moves has been wasted

Thomas Tuchel has used Chelsea's 1-1 draw away at Southampton to reiterate what he wants from his players following the end of their five-game winning run.

Chelsea only scored through a defensive mistake when Mason Mount converted a penalty he won himself. The attack in particular troubled Tuchel, who thinks N'Golo Kante's attacking influence is being wasted by his team-mates.

What has Tuchel said about Kante?

"I have known N'Golo Kante for years and now I am a lucky coach who has him as a player," Tuchel told reporters at St Mary's Stadium. "He steals every ball that is around 10 metres near him.

"Even then, we need to use these ball wins from N'Golo and use them better to attack the space behind the last line better. We need to use our speed better to create more chances. There are a lot of possibilities in the last matches.

"We need to understand and it is a process that we may need the last few links to gain the confidence to create and score more. Because it is also not enough to score from just half chances."

Tuchel went on to clarify what went wrong on Saturday afternoon: "I had a feeling in the first half that we can end the game before it starts for Southampton but I didn't think we were aggressive or determined enough to win the decisive one-on-ones to make a decision, take it quickly and do it 100%.

"I was only frustrated that we couldn't reward all this good effort we made because if we take the lead here, then we have another three points. We have to take the possibilities when they are there. We cannot let go and let go of the next chance. We have to be more clinical."

Who has impressed ahead of tougher upcoming fixtures?

Chelsea face Atletico Madrid in the Champions League on Tuesday before facing both Manchester United and Liverpool in the Premier League.

The upcoming run of games will test Tuchel's Chelsea more than his first seven matches and Mount once again stood out for his side away at Southampton.

As well as talking positively about Kante, Tuchel said he was impressed with Kurt Zouma, who also made his first league start for his new manager.

"Today I learned a lot of positive things about Kurt Zouma in his performance which was very positive," he continued. "We decided it late to put him on the pitch. 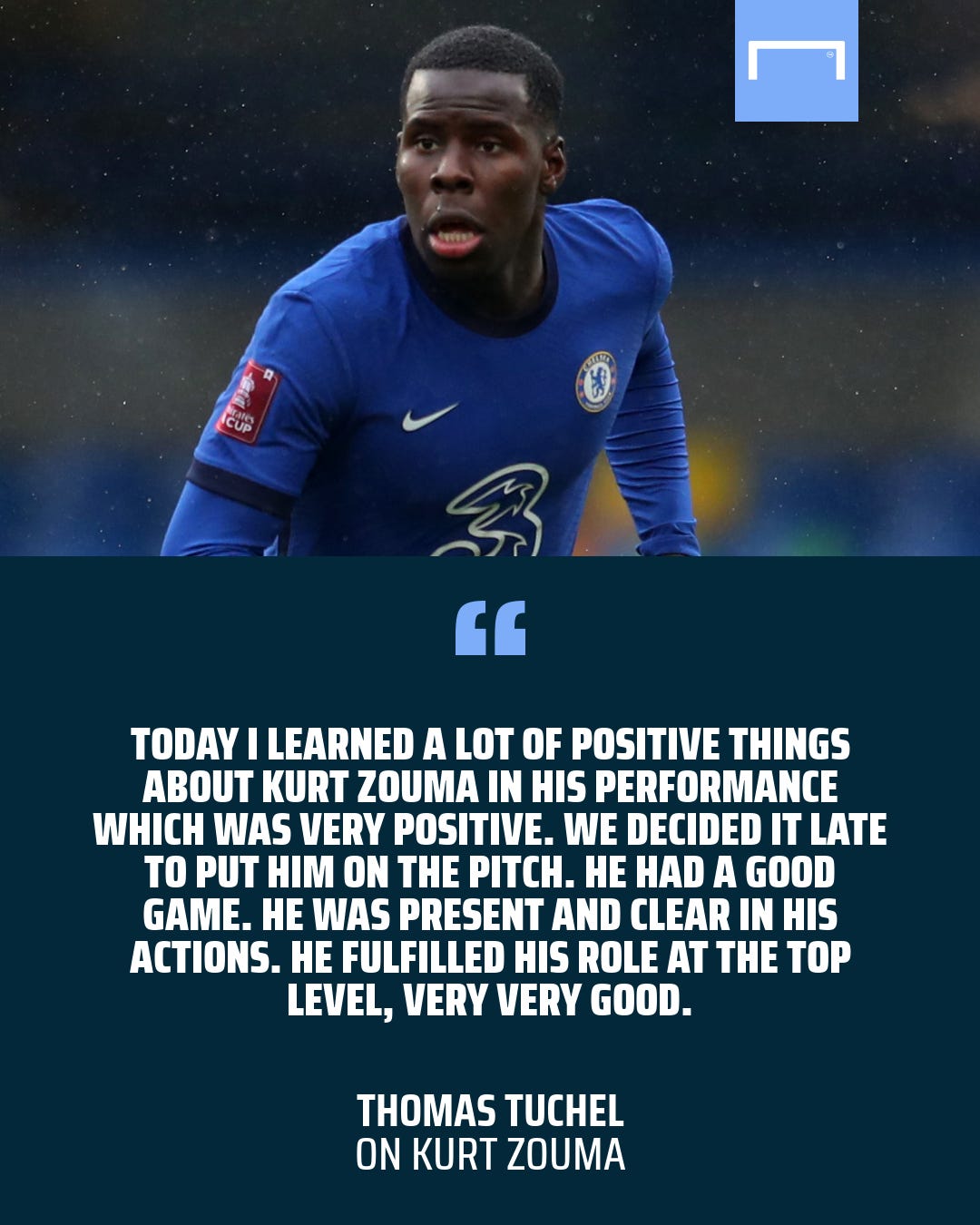 "He had a good game. He was present and clear in his actions. He fulfilled his role at the top level, very, very good. With Kurt and N'Golo, I am very happy.

"I saw [effort] all around the pitch. I saw it from Mason, N'Golo, Zouma, Azpi, Toni, Reece, Alonso and I saw it from all of them. All of the guys, you can't play less than 100% in the Premier League. It is not possible or to our standard. Our demands on ourselves are to be 100% sharp.

"Maybe I was unfair but it was my feeling on the sideline that Hudson-Odoi wasn't sharp enough. He played close to me [on my side of the pitch]. I did not feel that he is really into this game like everybody else. I took a hard decision but it was for today and the game.

"It is now over and I trust him a lot. He played some very very good games also mentally with the effort since I started. He played two not so good games when he comes on from the bench so let's improve together."