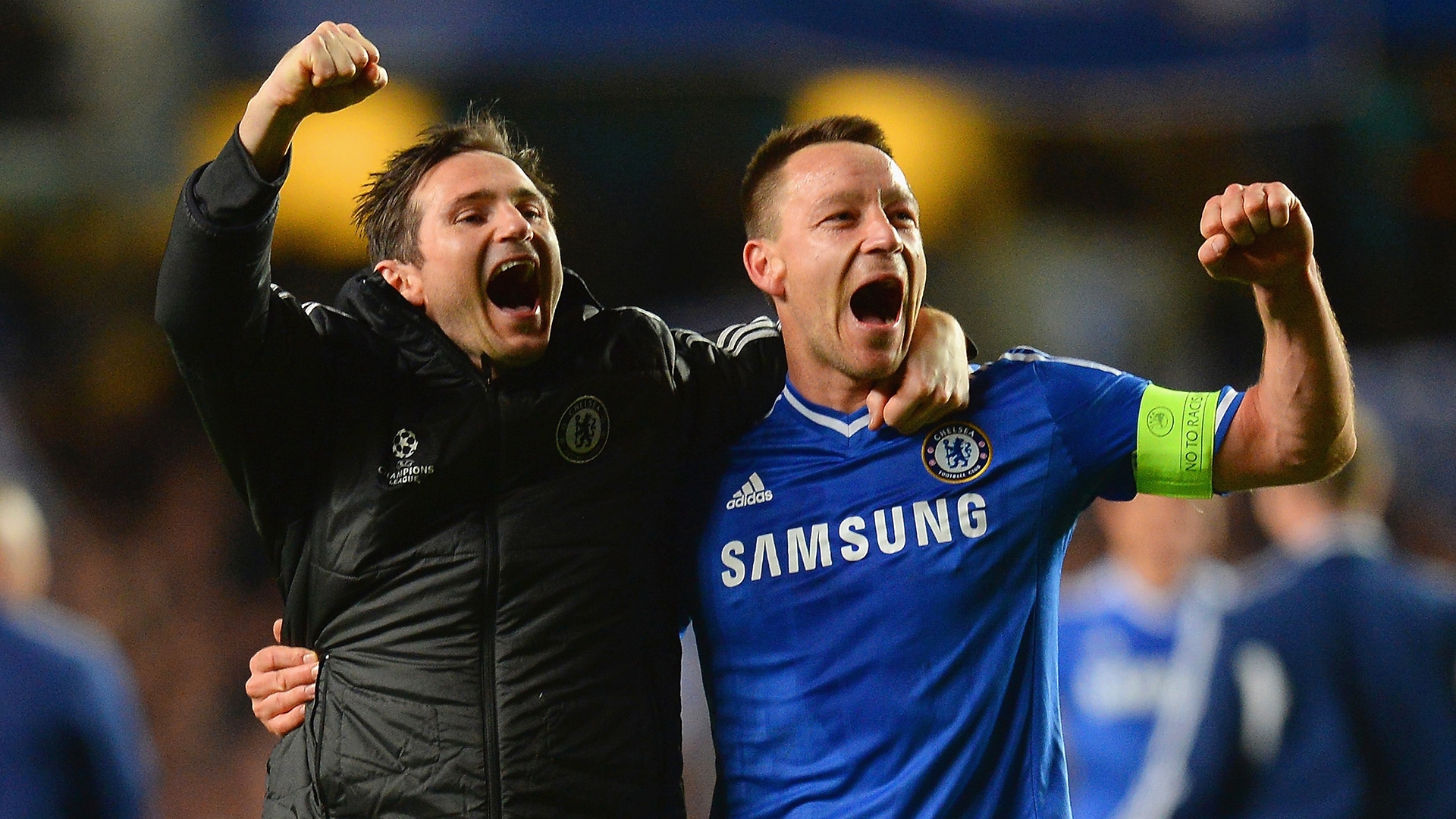 John Terry is yet to bring the curtain down on his playing career, but admits he is already dreaming of managing Chelsea alongside Frank Lampard.

The Blues skipper has been a fringe figure at Stamford Bridge this season, with injuries and the form of others leaving him to take a watching brief.

His contract is due to expire in the summer and no extension has been agreed as yet.

He has offered no indication that he is ready to hang up his boots, but is now 36 years of age and edging towards retirement.

Former Chelsea and England team-mate Lampard has already taken that decision and Terry hopes two club icons will be reunited in a coaching capacity in west London at some stage in the future.

He told Radio Five Live: "We used to laugh and joke about that. That would be the dream for us two. Who knows?

'Hazard reminds me a lot of Messi'

"But I don't think it's as simple as that. We both appreciate and understand that it's important to get our coaching badges.

"It's important to go out and gain the experience, whether that's in the youth, reserves or other teams at Chelsea or at other football clubs.

"If we get to come back in 10 or 15 years and be at the peak of our careers as managers and do a great job, that would be unbelievable."

For now, Antonio Conte is very much the man in charge at Stamford Bridge and has guided Chelsea to the top of the Premier League table.

Terry is enjoying working with the Italian, but acknowledges that he may have to head elsewhere if he is to find the game time he craves at this stage of his career.

"He's got new ideas and it's been great for me working with him towards the end of my career,” he added.

"I genuinely feel I can play for another couple of years. You want to play every week, but there comes a point when you're not. It happens to everyone, it happens to the best footballers in the world."