Frank Lampard will be fondly remembered for opening a pathway for Chelsea’s academy products and for steadying the ship through a transfer ban, but as his tenure at Stamford Bridge comes to an end we can say with conviction that he lacked tactical acumen.

His Chelsea side were vague, disordered, and in need of a clearer plan.

Thomas Tuchel is his exact opposite.

Where Lampard was a company man, Tuchel is renowned for an abrasive style that can sour relationships with bosses and board members.

And where Lampard’s tactics were hazy, Tuchel delves into the minutiae with scientific vigour.

He will likely be a major shock to the system.

Quite how that will play out is harder to predict. We will not know what to expect from Tuchel until we see his team in action at Stamford Bridge - which is just how he wants it. The 47-year-old deliberately keeps you in the dark. 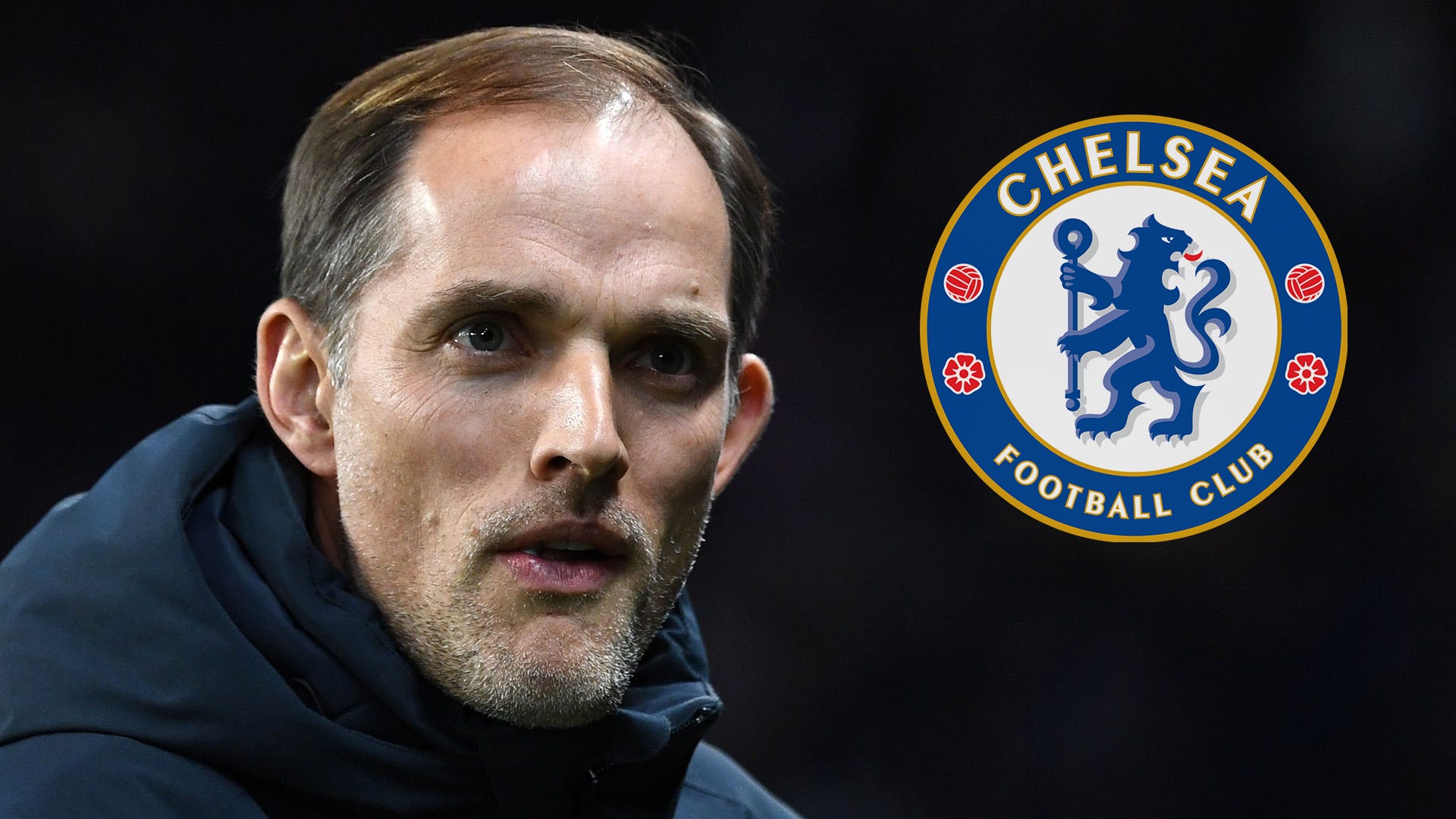 His biggest asset is his tactical flexibility, but whereas his predecessor’s incessant tinkering with the formation and line-up spoke to indecisiveness and an inability to settle, for Tuchel this is about obsessive detail and keeping the opponent guessing.

He is more focused on exposing weaknesses than adhering to one particular idea, making positional tweaks and wholesale formation changes – sometimes as many as half a dozen in a single game - to outwit the other team.

Lampard was often accused of only having a Plan A. Tuchel has an entire alphabet.

In short, we can expect Tuchel’s innovative and highly unusual training methods to give Chelsea the automatisms – tactical set-plays that etch passing moves into muscle memory – they were so sorely lacking under Lampard.

Though hard to pin down, there are certain guiding principles that Tuchel adheres to: furious gegenpressing and a commitment to attacking, quick, vertical football.

This seems highly likely to favour Timo Werner and Kai Havertz, both of whom played in similar systems at RB Leipzig and Bayer Leverkusen, respectively.

Chelsea targeting a German-speaking manager was not solely about communication; Tuchel’s connection to Chelsea’s new signings is about tactical culture and pedigree. 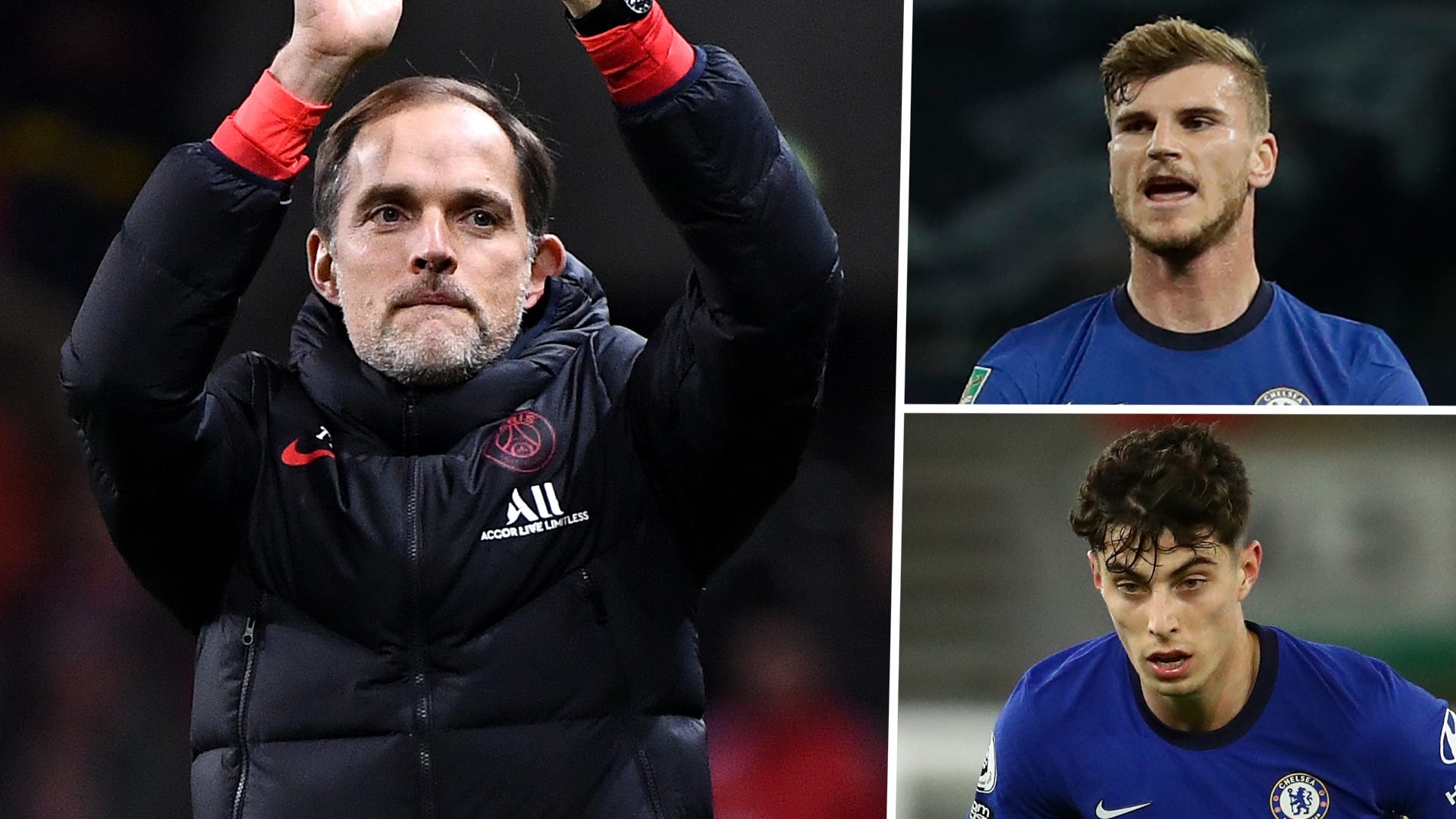 There are other telling similarities between his preferences at Mainz, Borussia Dortmund, and Paris Saint-Germain that can help us predict what to expect.

He most often uses a 4-3-3 formation, and although a 4-2-2-2, 3-5-2, and 4-1-4-1 have all been deployed frequently at various stages of his career it is the 4-3-3, and its component parts, that provide the most accurate approximation of his tactical beliefs.

In the 4-3-3, as with several other formations Tuchel deploys, one midfielder drops as a deep-lying playmaker to support the centre-backs while two very attacking full-backs burst forward to support the front line.

The other midfielders in the system tend to operate as a box-to-box player and an eight-10 hybrid, not unlike how Pep Guardiola uses his advanced central midfielders, while the front three drop, press, and tuck inside to create a narrow attacking structure.

In general, PSG and Dortmund both looked to attack quickly, either via counter-pressing or by passing down one side of the pitch before switching a diagonal ball to the other, all the while making use of those adventurous full-backs and intricately organised midfield three.

However, although verticality – sweeping football built through midfield – is encouraged, Tuchel’s style has become more about complex possession rotation as he climbs the footballing ladder, not unlike how Jurgen Klopp’s heavy-metal football at Dortmund was tempered in favour of controlled possession at Liverpool.

Perhaps the most likely system at Chelsea will be a 4-3-3 in which Jorginho - who Tuchel wanted to sign for PSG - plays at the base of midfield, with Mason Mount in the hybrid role and Mateo Kovacic or N’Golo Kante box-to-box.

Given the importance of pressing from the front, of dropping into the half-spaces, and of playing on the half-turn to advance with quick, vertical football, it seems likely a narrow front three will see Havertz supported by Werner and Christian Pulisic. 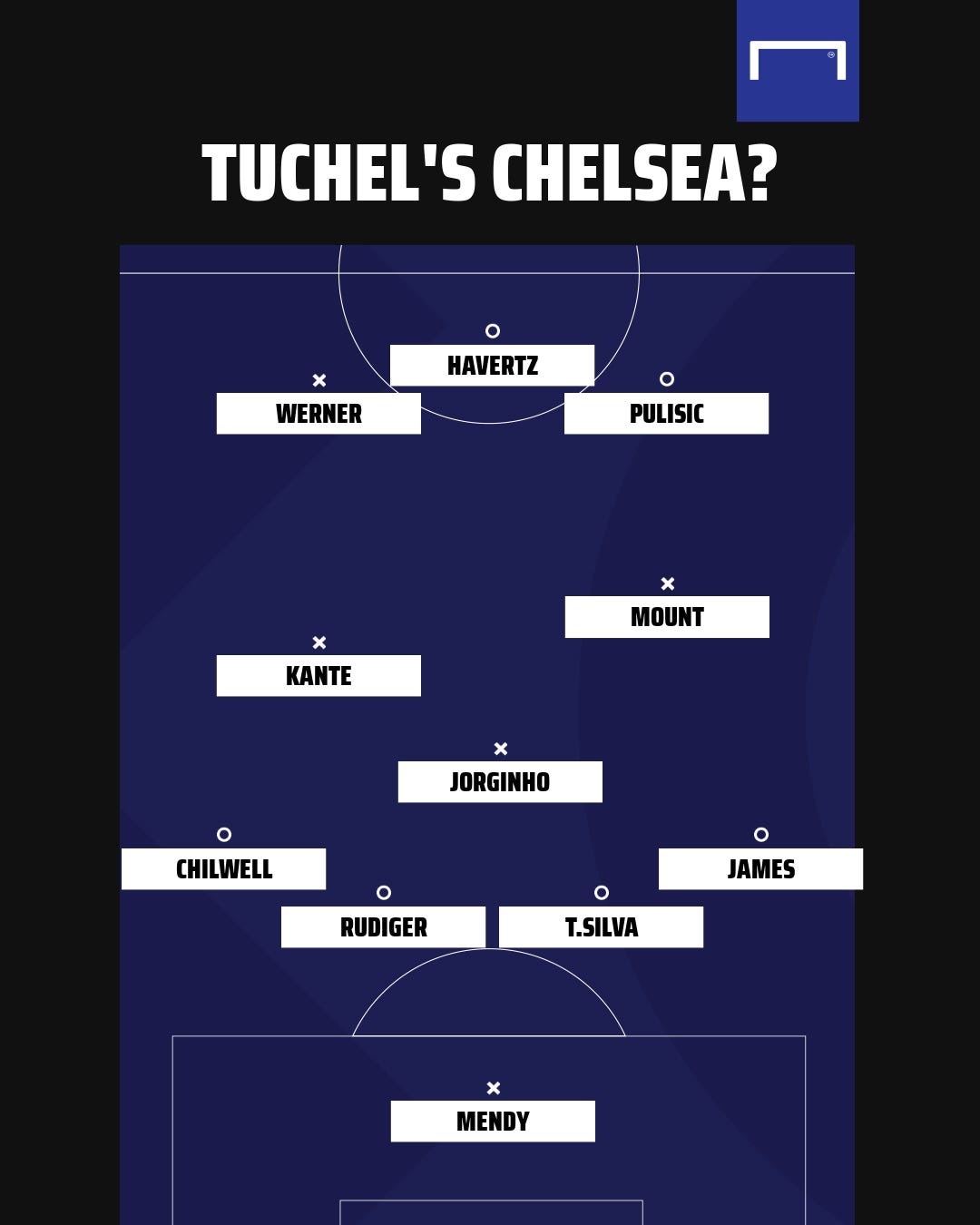 Then again, the 4-2-2-2 used regularly at PSG could be applied at Chelsea, with Pulisic and Hakim Ziyech out wide and Werner and Havertz, who played as a false nine at Leverkusen, together up front.

Again, it is important to remember these are broad strokes. What will truly define Tuchel at Stamford Bridge is extensive tactical detail in the minutiae of positional play, pressing structure, and movement - with major variations made from game to game.

Consequently, any predictions about how Chelsea will line up are essentially guess work, although we can at least say with confidence which members of the squad will most benefit.

Werner and Havertz are tailor-made for Tuchel’s Klopp-inspired football, while the new Chelsea manager has also worked very effectively in the past with Pulisic at Dortmund and Thiago Silva at PSG.

He also tried to buy Antonio Rudiger in a previous window in France, which is no surprise given the need for daring centre-backs able to carry the ball out from the back and make incisive forward passes.

Ben Chilwell, meanwhile, will enjoy his attacking freedom and Mount, a highly intelligent player, will reach new heights by absorbing Tuchel’s instructions like a sponge.

In fact, that will be true of every Chelsea player who listens carefully to the new manager. Tuchel twice qualified for the Europa League with Mainz, re-established Dortmund as the second best team in the Bundesliga, and reached the Champions League final with PSG. On each occasion he did it with bold, pacey, high-intensity, and exciting football. On each occasion he dramatically improved the output of each individual member of the team.

There are risks, of course, and that combustible personality is certainly something for Chelsea supporters to worry about. The demands he places on the players can be exhausting and cause friction.

But the Roman Abramovich era has been defined by zealous managers who burn bright and burn out. In that respect, and perhaps many others, Tuchel is the perfect fit.