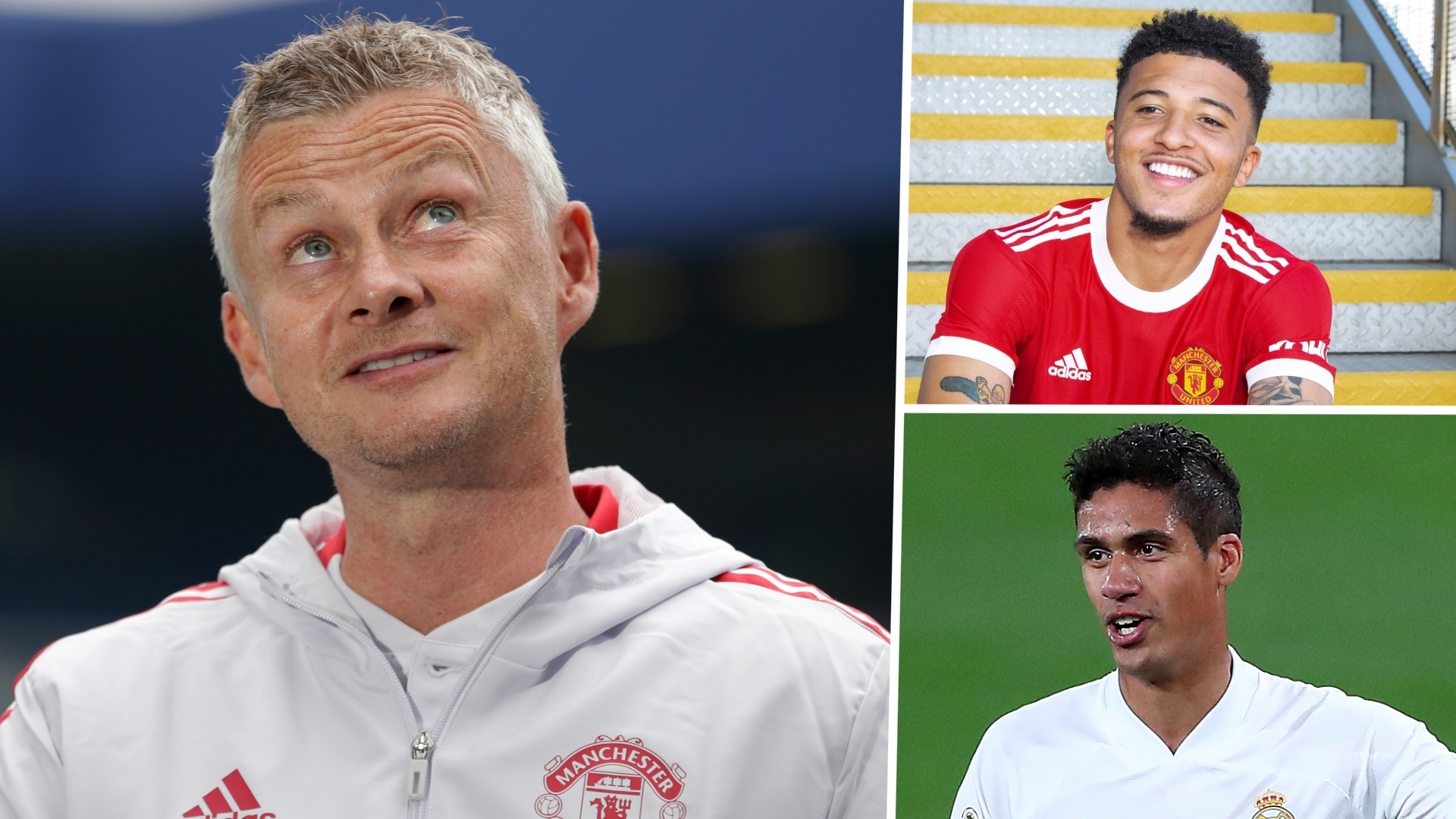 The Red Devils boss is pleased to have wrapped up deals for Jadon Sancho and Raphael Varane, but there may be more signings to come

Ole Gunnar Solskjaer is ready for any transfer "surprises" that may materialise at Manchester United ahead of the August 31 deadline.

The Red Devils have already wrapped up deals for England international winger Jadon Sancho and World Cup-winning defender Raphael Varane, with the man calling the shots at Old Trafford "very happy" with the business that has been done so far.

Speculation remains rife, though, as another window starts to swing shut and Solskjaer is ruling nothing out when it comes to further additions being made to an ambitious squad.

The United boss has told Sky Sports when quizzed on his recruitment plans: "You never know what's going to happen in football.

"Of course we have still got one hopefully coming in [Varane] and any surprises, anything can happen, we have got to be ready. But I'm very happy with what we've done so far."

Sancho and Varane should help to make the Red Devils more competitive on multiple fronts, with their experience and undoubted ability aiding the collective cause.

United are looking to ensure that a barren run on the silverware front is brought to a close at the five-year mark in 2022, with Solskjaer confident that he has enough at his disposal to get back on the trophy trail.

The 1999 treble winner said: "I've seen progress; progress in the coaching staff, playing staff, in the club and how we run things, but we haven't won anything yet.

"That is what we are here for at Manchester United. I'm used to winning. When I was here as a player, we finished third once and was either first or second every other year.

"We know we are in the most intense and competitive league in the world, and we have to be at the top of our games from game one to 38 to have a chance of winning the Premier League."

The Norwegian added: "I'm excited by the squad.

"I don't think anything is beyond these boys. It's just how we fare between now and the end of the season.

"How much sacrifice, how much discipline, how much team camaraderie, how much consistency, how much hard work, blood, sweat and tears - all these qualities and cliches.

"If you want to be the best you have to live like the best, you have to work as the best and perform every three days. It's going to be tough, but it is possible, definitely."

United will open their 2021-22 Premier League campaign at home to old adversaries Leeds on Saturday.