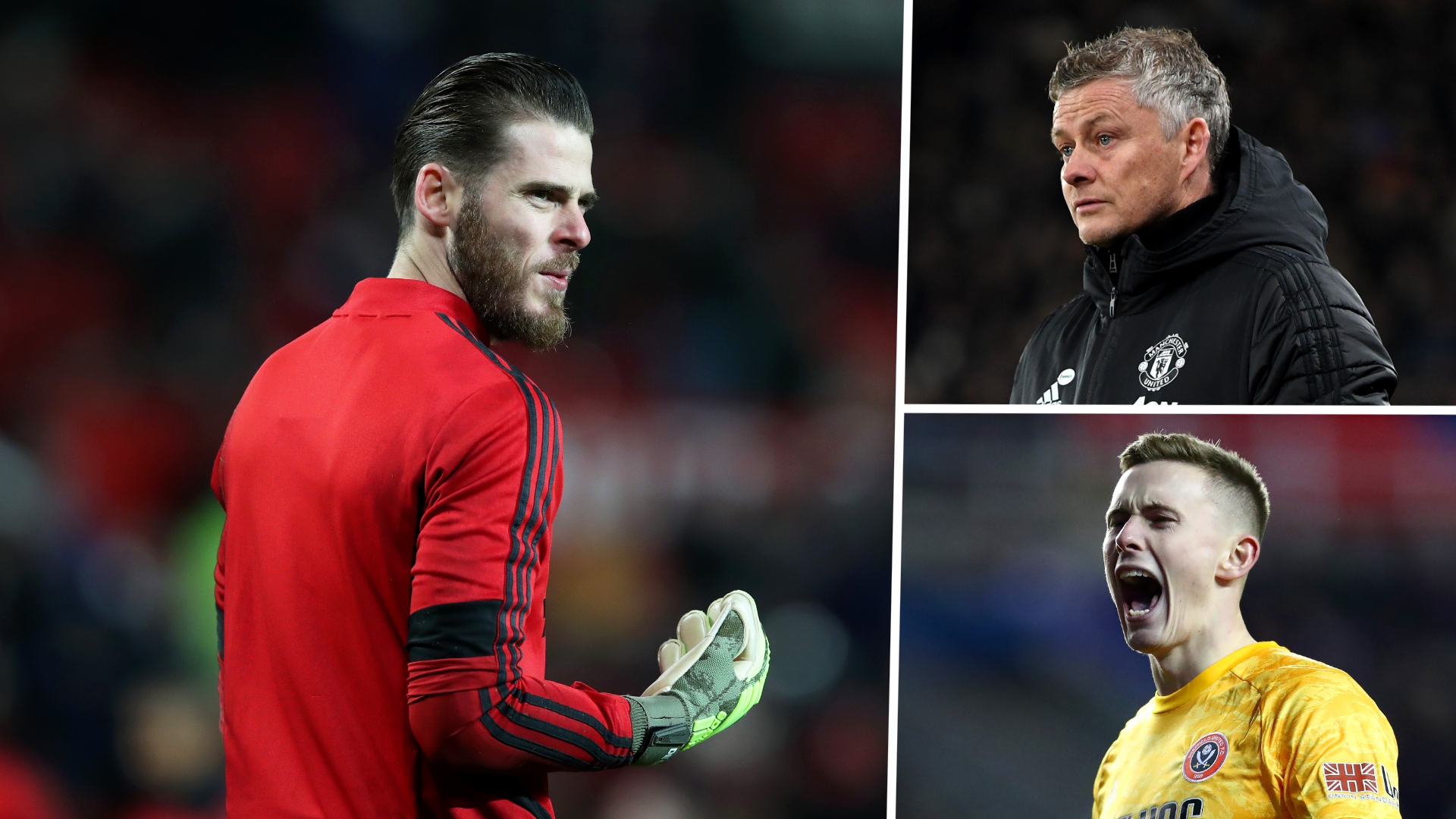 The Spanish goalkeeper dropped another clanger in Friday's draw at Tottenham, which will only intensify calls for him to be replaced by Dean Henderson

"David de Gea is the most overrated goalkeeper I've seen in a long, long time,” Roy Keane fumed at half-time in Manchester United's 1-1 draw with Tottenham on Friday night.

The former Red Devils captain had been left enraged by the Spaniard's failure to keep out a shot from Steven Bergwijn that had flown straight at him and, as far as Keane was concerned, this was one error too many from De Gea.

"I'm sick to death of this goalkeeper," the Irishman confessed. "This is an established international goalkeeper. I'm flabbergasted.”

Was Keane's criticism of the United No.1 over the top? Yes, but he's employed by Sky Sports because he's box-office gold. He's outspoken, he's emotional and he gives his employers exactly what they want: even more talking points.

Indeed, United boss Ole Gunnar Solskjaer was even asked about his former team-mate’s criticism of De Gea after the game in London.

“Roy was a fantastic midfielder, a good friend of mine, but I'm not sure he would have stopped [Bergwijn's shot] either,” Solskjaer joked.

“David is disappointed with it but the ball is moving through the air. He also had a good save five minutes after, when we had a bad spell and they looked like they could get a second.”

There was no way of spinning the story, though: De Gea should have kept out Bergwijn's effort. Solskjaer can joke all he likes but the 29-year-old's form is a serious problem.

Of course, the manager was never going to publicly vilify his first-choice shot-stopper but the cold, hard truth is that this was hardly a one-off.

In reality, De Gea had merely picked up where he left off before the coronavirus-enforced suspension of football: by making a mistake.

He also cost United two precious points in their vital pursuit of a Champions League place with a howler against Everton back in March that gifted Dominic Calvert-Lewin a goal.

There was also a miserable attempt at keeping out an effort from Ismaila Sarr in United's loss at Watford just before Christmas, as well as the last-minute calamity against Crystal Palace in August.

So, De Gea's latest error would have provoked plenty of scrutiny anyway – even without Keane's rant – particularly because United have another goalkeeper on their books who is enjoying a fine Premier League campaign.

On Wednesday evening, Dean Henderson kept a clean sheet for Sheffield United in their scoreless draw with Aston Villa. It was the 23-year-old's 11th shutout of the season so far; De Gea has only managed eighth.

According to Opta's expected goals stats, De Gea has conceded approximately one more goal than he should have; Henderson eight fewer.

Solskjaer won't need to look at the numbers, though, to know which goalkeeper has performed better this term. He'll also be well aware that he has a big decision to make this summer over his No.1.

United rightly allowed Henderson to finish the current campaign at Bramall Lane and while Blades boss Chris Wilder would like to retain the Englishman's services for 2020-21, Solskjaer will now be reluctant to do so.

"Dean has made some great choices over the years and has developed fantastically," the Norwegian said only last week. "We're looking at that in terms of where he's going to be next season, but as yet that has not been decided.

"This season has proved a great experience for him, he's done himself some favours with his performances, and proved he will be England's No.1 and Man United's No.1 at some point."

But, with the way things are going, that "point" could come sooner rather than later.

De Gea has been a tremendous servant to United. He was their player of the year three years in a row between 2013 and 2016. He saved his teams on more occasions than anyone can remember. However, the mistakes are stacking up.

United host the Blades at Old Trafford on Wednesday in a game that will have a big impact on the race for a top-four finish, and one which Henderson will be watching due to the terms of his loan deal.

It's simply essential that De Gea impresses. Keane's patience has already run out. If De Gea's not careful, Solskjaer's will too.