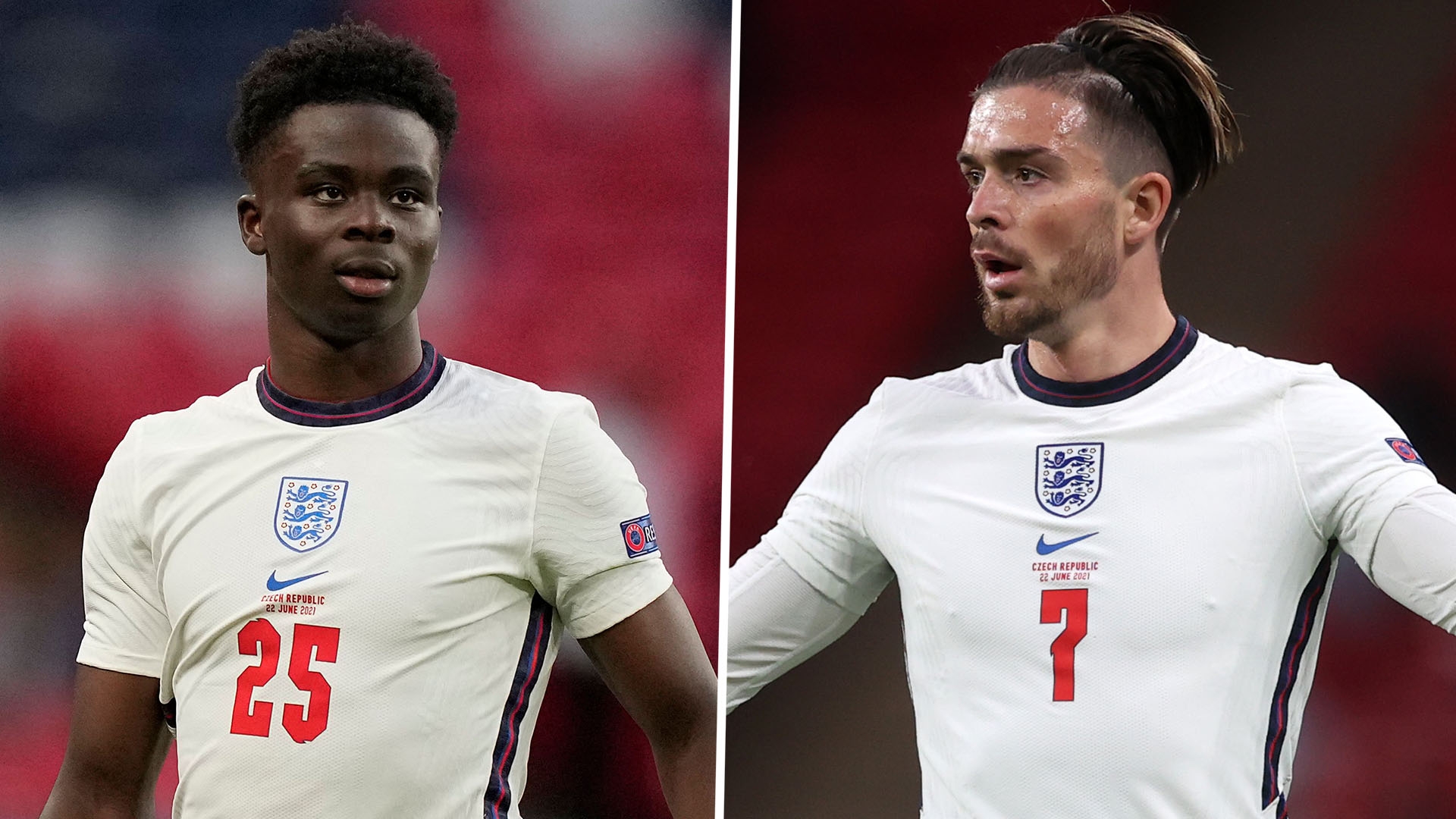 The international rivals will clash at Wembley on June 29, and the former Three Lions star has a tactical plan to thwart Joachim Low's men

England should face Germany with three centre-backs to counter the threat of Germany in their Euro 2020 round-of-16 clash, according to Gary Neville, who left has left the likes of Jack Grealish and Mason Mount out of his suggested XI.

Following a dramatic conclusion to the group stages, the first knockout fixtures of the European Championship have been confirmed - and perhaps the tie of the round sees two historic international rivals face off at Wembley.

England will play Germany at their home ground on Tuesday, June 29, and debate will rage right up until kick-off as to how Gareth Southgate's Three Lions should line up for such a crucial game.

Who would Neville pick?

Neville, no stranger to England v Germany clashes at the European Championship having faced them in both 1996 and 2000, has given his view, saying England should swap the 4-3-3 deployed in the group stage for a 5-2-3 formation.

On Twitter, Neville - who also served as part of Roy Hodgson's coaching staff at the 2012 and 2016 Euros - said Kyle Walker, John Stones and Harry Maguire should play as a back three in front of goalkeeper Jordan Pickford.

From England's plethora of full-back options, he would choose Chelsea defender Reece James on the right and Luke Shaw of Manchester United on the left. With Mason Mount's period of self-isolation ending just a day before the clash with Germany, Neville would select a midfield duo of Declan Rice and Kalvin Phillips.

Up front, Neville has gone with Bukayo Saka, who impressed in the final group game win over Czech Republic, alongside regular starters Raheem Sterling and Harry Kane.

Explaining his reasoning for the XI, Neville wrote: "Wing-backs to match up or engage Germany’s. Saka and Sterling left higher in channels v Germany's wide centre-backs. Rice and Philips onto [Toni] Kroos and [Ilkay] Gundogan."

In response to Neville's team, former England international Jack Wilshere commented: "No Grealish or Foden. England's most talented/creative... At least one has to play! Probably Grealish to help us retain ball and carry it up the pitch. Come on Gaz."

Who will Southgate pick?

England played with a back three in reaching the semi-finals of the 2018 World Cup although Southgate now appears to prefer a back four, and his side topped Group D using their 4-3-3 system, claiming seven points and without conceding a goal.

However, a Germany side who showed their attacking capabilities in getting out of a tough group, beating reigning champions Portugal 4-2 along the way, will provide the sternest test of the tournament so far for England.

Joachim Low's side have, however, shown their defensive frailties, not least against Hungary on Tuesday night. Needing just a point to progress, they fell behind twice in Munich against the unfancied Magyars, eventually claiming a 2-2 draw thanks to Leon Goretzka's late equaliser.