Renato Sanches
22:45 14/06/2016
facebook twitter reddit copy
Comments (0)
The teenager saw action in the last 20 minutes of Tuesday's 1-1 draw with Iceland, playing alongside the former record-holder in a disappointing result for the nation

Portugal's starlet Renato Sanches has beaten the record previously held by Cristiano Ronaldo as the youngest player ever to appear for the nation in a major tournament.

At 18 years and 301 days, Sanches broke the mark that Ronaldo had set at Euro 2004 as his nation spluttered to a 1-1 draw with Iceland.

The Real Madrid star was 19 years and 128 days old on his tournament debut, which he marked with a goal during a 2-1 defeat to Greece.

The Benfica teenager will be moving to Bayern Munich at the end of Euro 2016, after agreeing a deal worth €35 million to sign for the Bavarians. 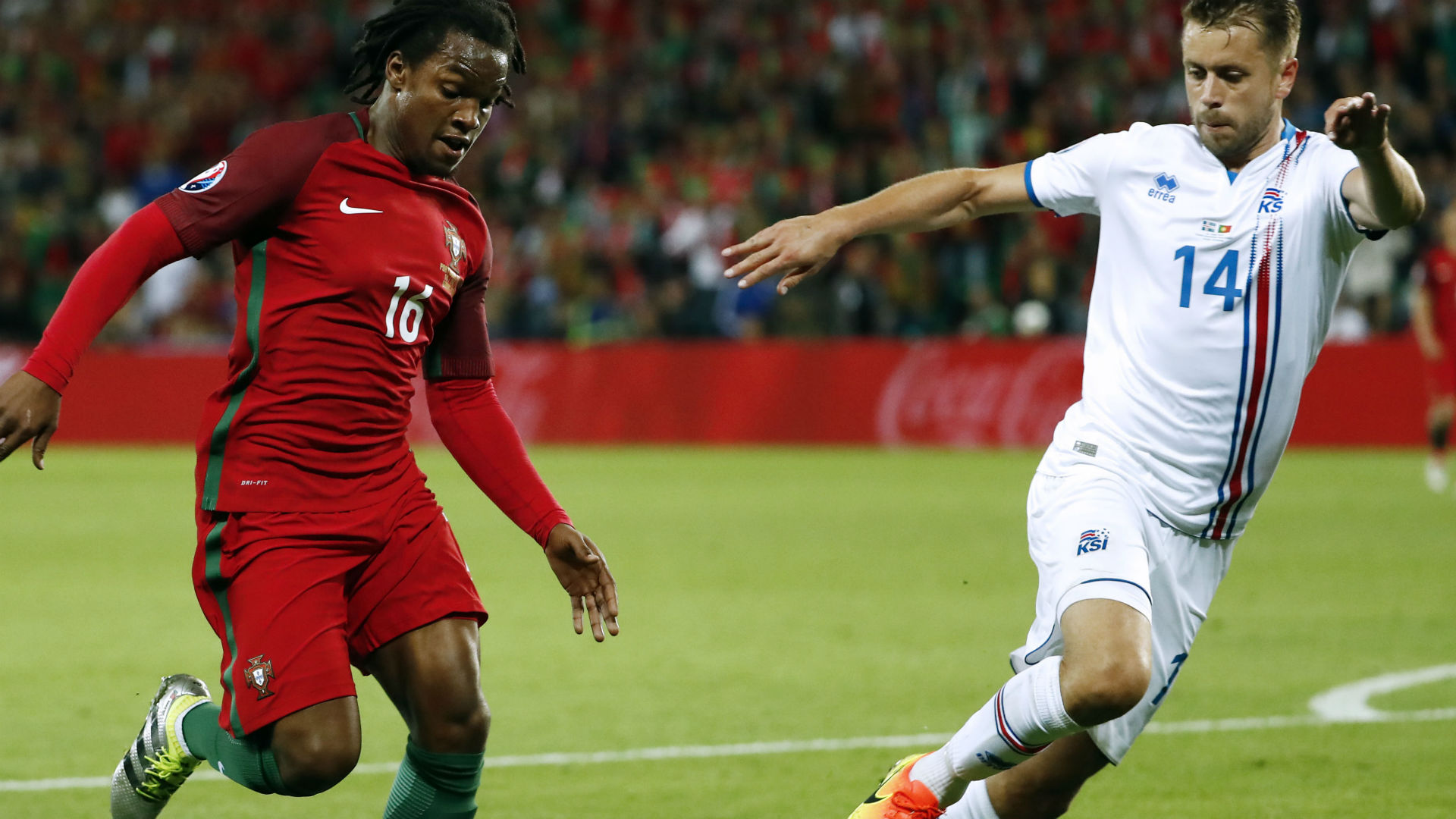 And there is no doubt he has a sparkling future, even if he had little time to make an impact on Tuesday.

Sanches came on to replace Joao Moutinho after 71 minutes of Portugal's draw, and showed some signs of the promise that convinced Bayern to break the bank for his signature.

Now he will have his sights set on breaking the scoring record his captain set in that debut 12 years ago.