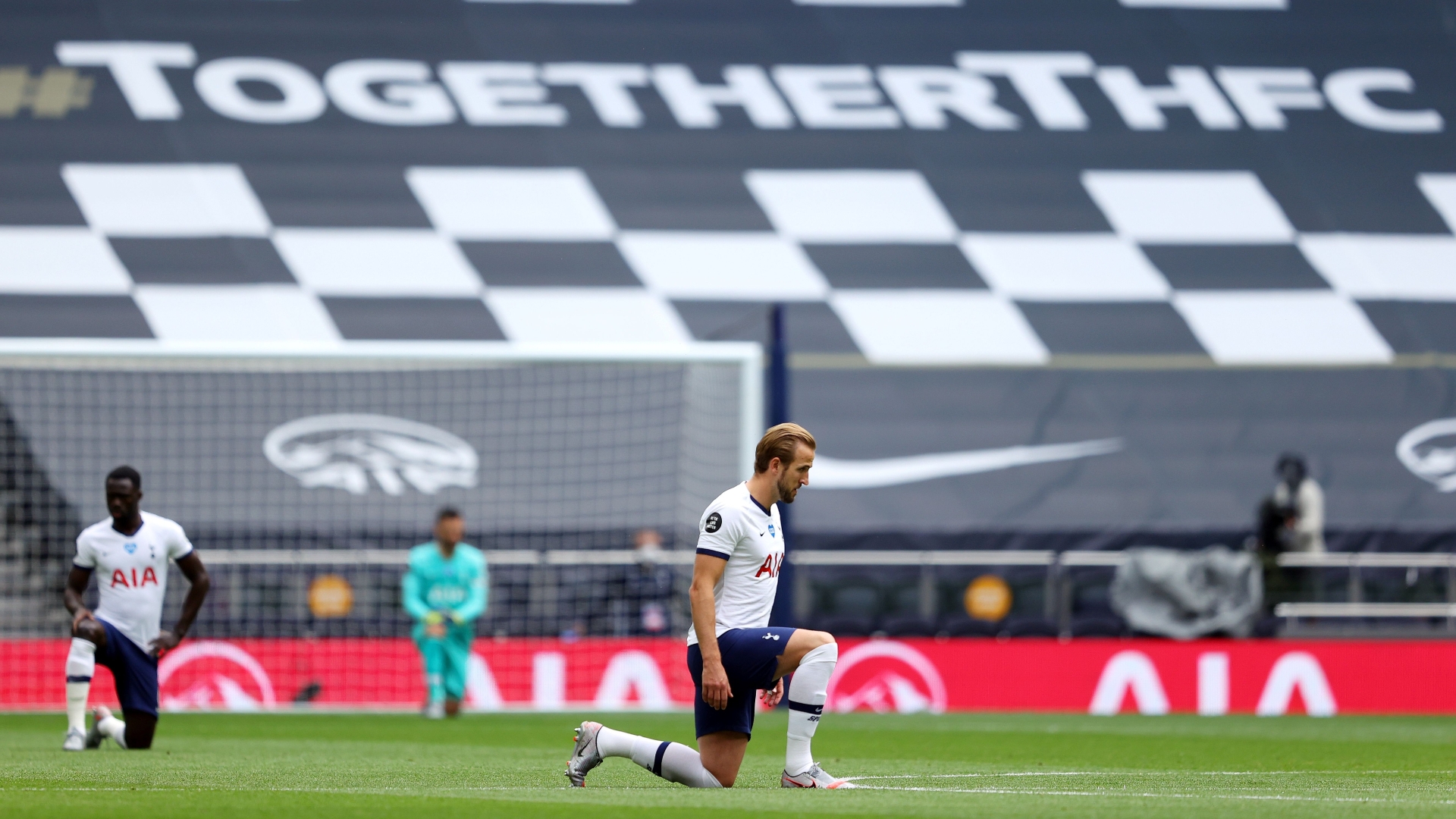 The practice was adopted in the summer after the English top-flight's return from its coronavirus break, and has continued to present day

The custom, which stems from former NFL quarterback Colin Kaepernick kneeling during the U.S. national anthem, was adopted worldwide this summer in support of the Black Lives Matter movement.

After protests over George Floyd's death in police custody, the Premier League began each match with every player and official kneeling on the pitch – a practice that has continued in the 2020-21 season.

While some have said that continuing to kneel has diluted the message, Kane believes it is still important for him and his fellow players to kneel prior to every game.

“I think we are a huge platform to share our voices across the world, to be honest," Kane told Nihal Arthanayake on BBC Radio 5 Live. "Obviously we have done a lot with Black Lives Matter and taking the knee before games. I hear people talking about taking the knee and whether we should still be doing it, and for me I think we should.

“What people don’t realise sometimes is we are watched by millions of people around the world, and of course for the person who watches the Premier League every week, they see the same thing every week, but I think if you look round the world, you see children watching the game for the first time, seeing us all take a knee and asking their parents asking why we take the knee.

"I think it’s a great chance for people to explain why and get their point across. I think education is the biggest thing we can do - adults can teach generations what it means, and what it means to be together and help each other, no matter what your race.”

Kane has also lauded the work done by his England team-mates Marcus Rashford and Raheem Sterling, who have both been vocal in the fight against racism and childhood hunger.

“I think what Marcus and Raheem have done has been incredible and you see a lot of the work players do for communities and charities, I know first-hand players are doing an awful lot," Kane said.

"I don’t like it when people say we should just play football and stick to kicking a ball, because we are a huge platform. We come across to millions round the world. Our voices should be heard.”