Over the line! Barcelona denied blatant goal by referee in Real Betis draw 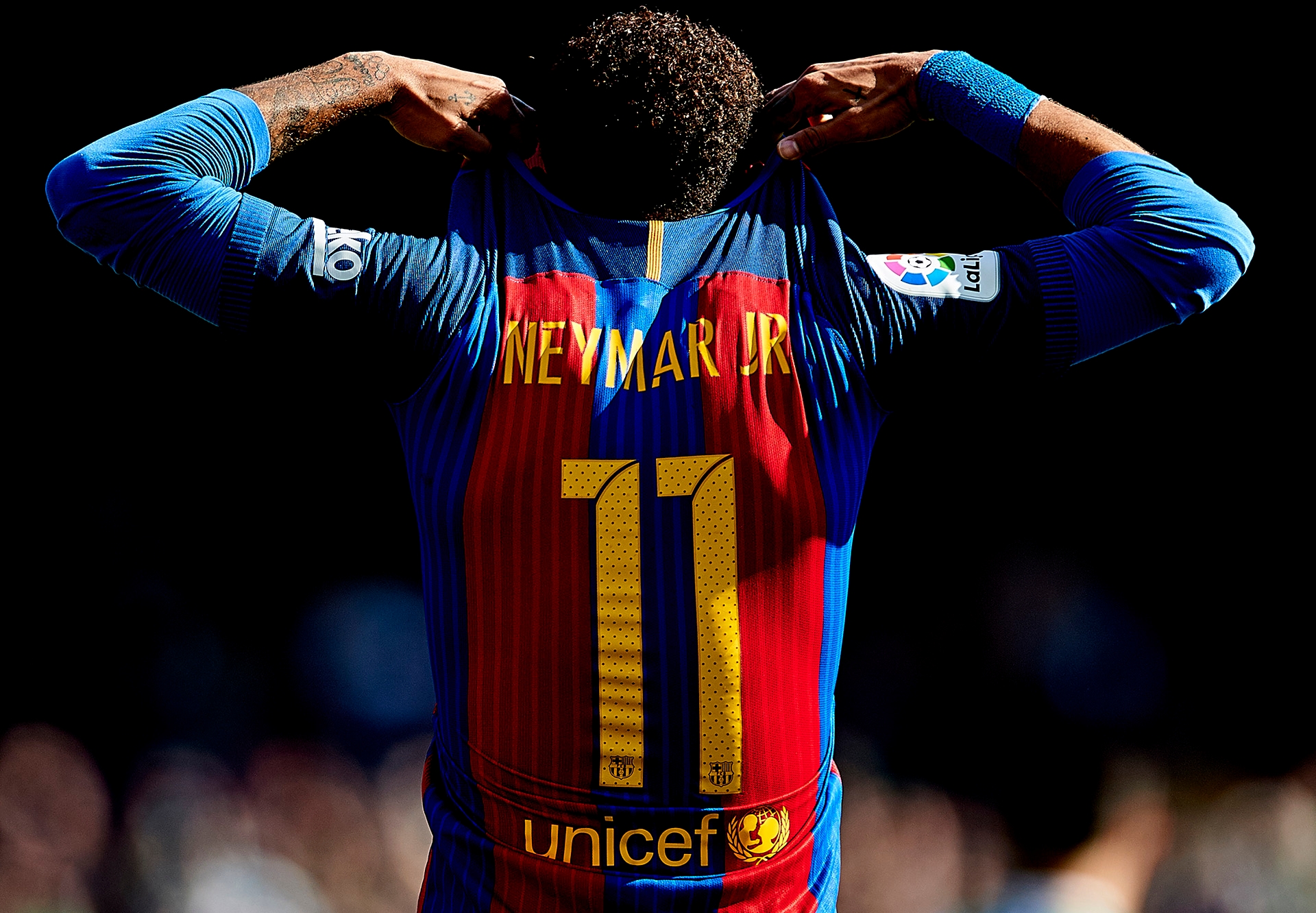 The Catalans were furious when Aleix Vidal's deflected cross was desperately cleared by Aissa Mandi, but replays show the ball crossed the line

Barcelona were denied a blatant goal in Sunday's 1-1 draw with Real Betis when an effort was cleared from behind the goalline and missed by the officials.

Aleix Vidal powered down the right before crossing into the box only for German Pezzella to hit the ball towards his own net in a tangle with Jordi Alba, though Aissa Mandi seemingly saved the day with his clearance off the line.

However, replays clearly indicated the ball had gone over and Luis Suarez's angry protests were wholly justified at how the linesman hadn't seen the incident properly. 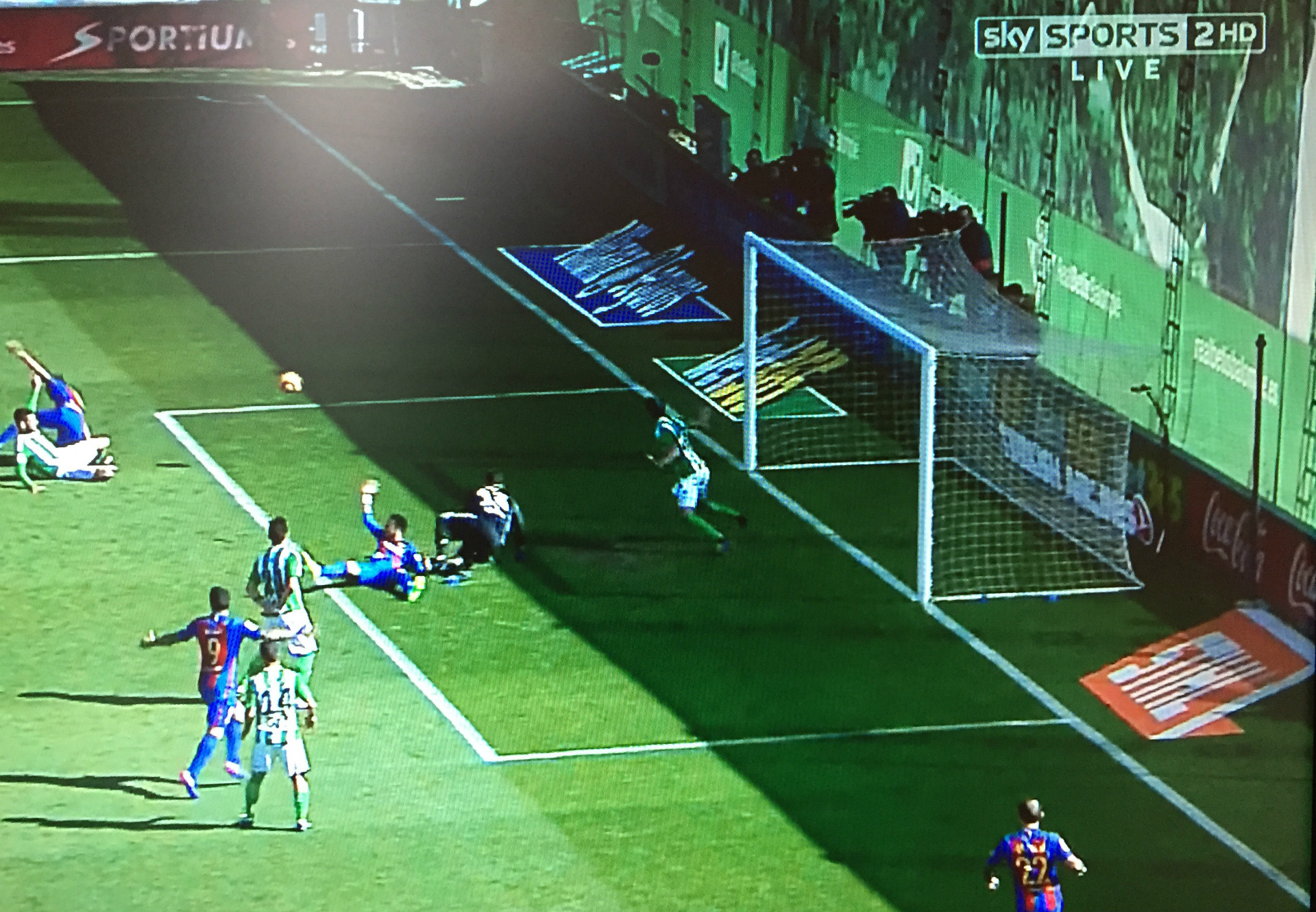 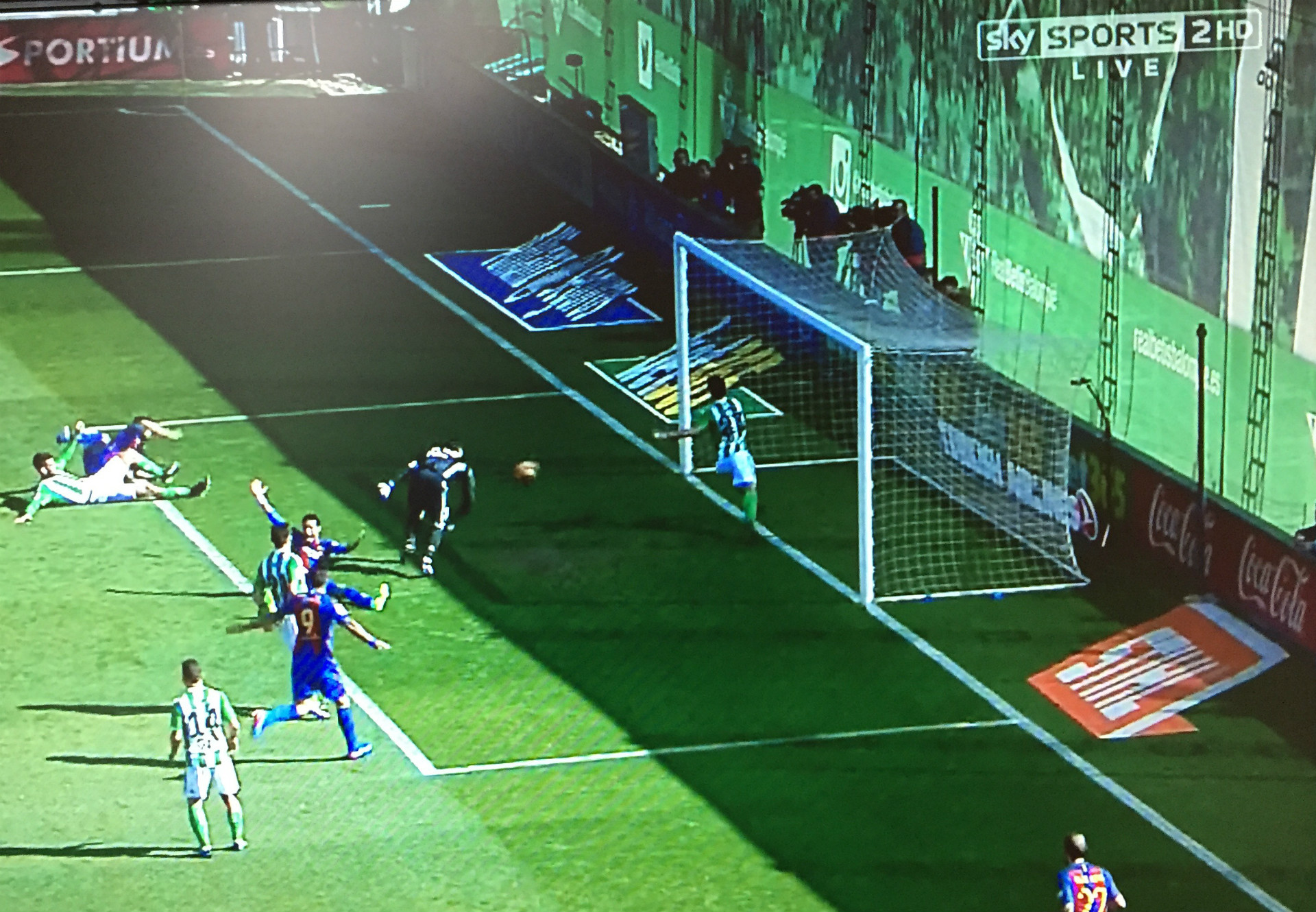 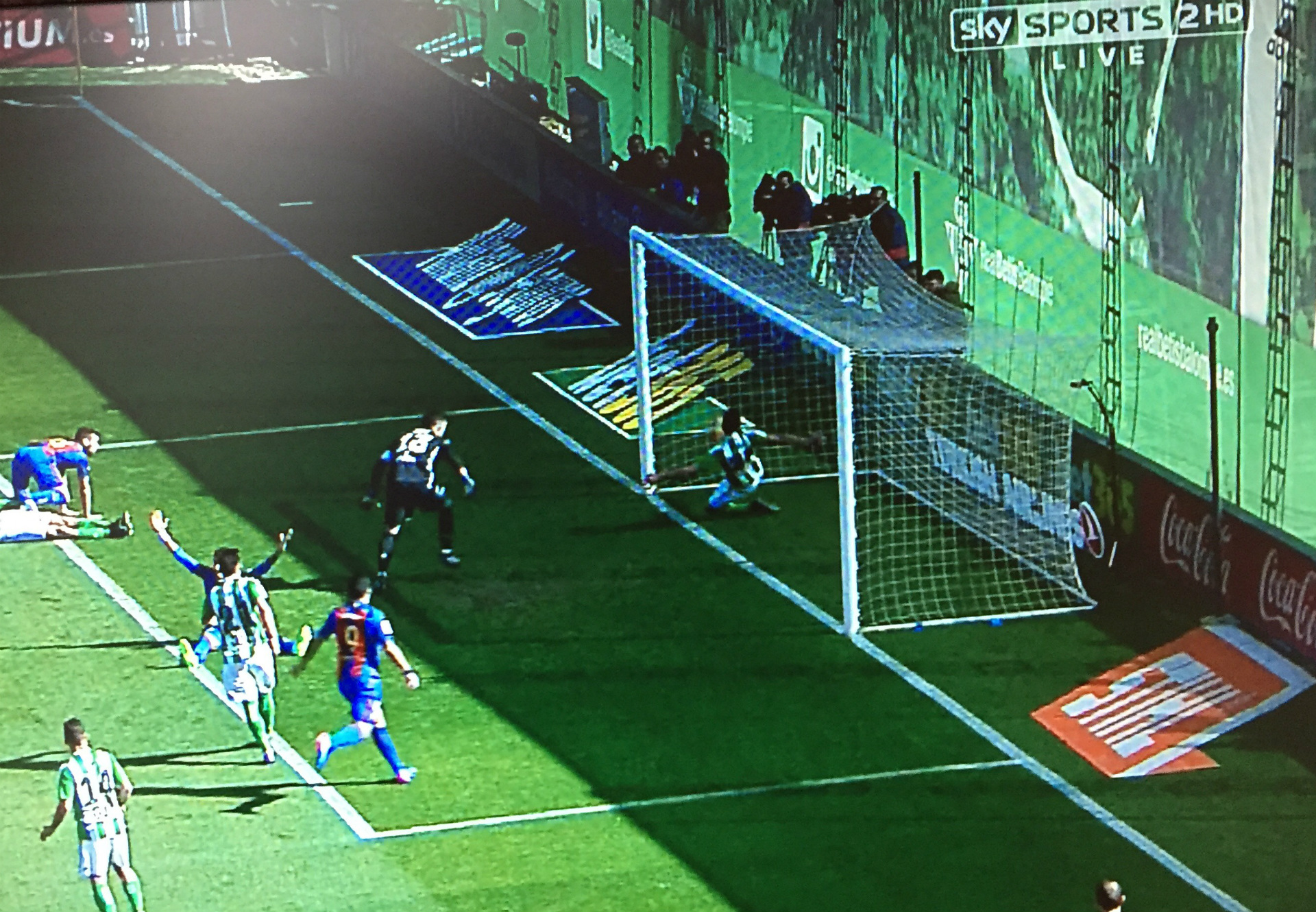 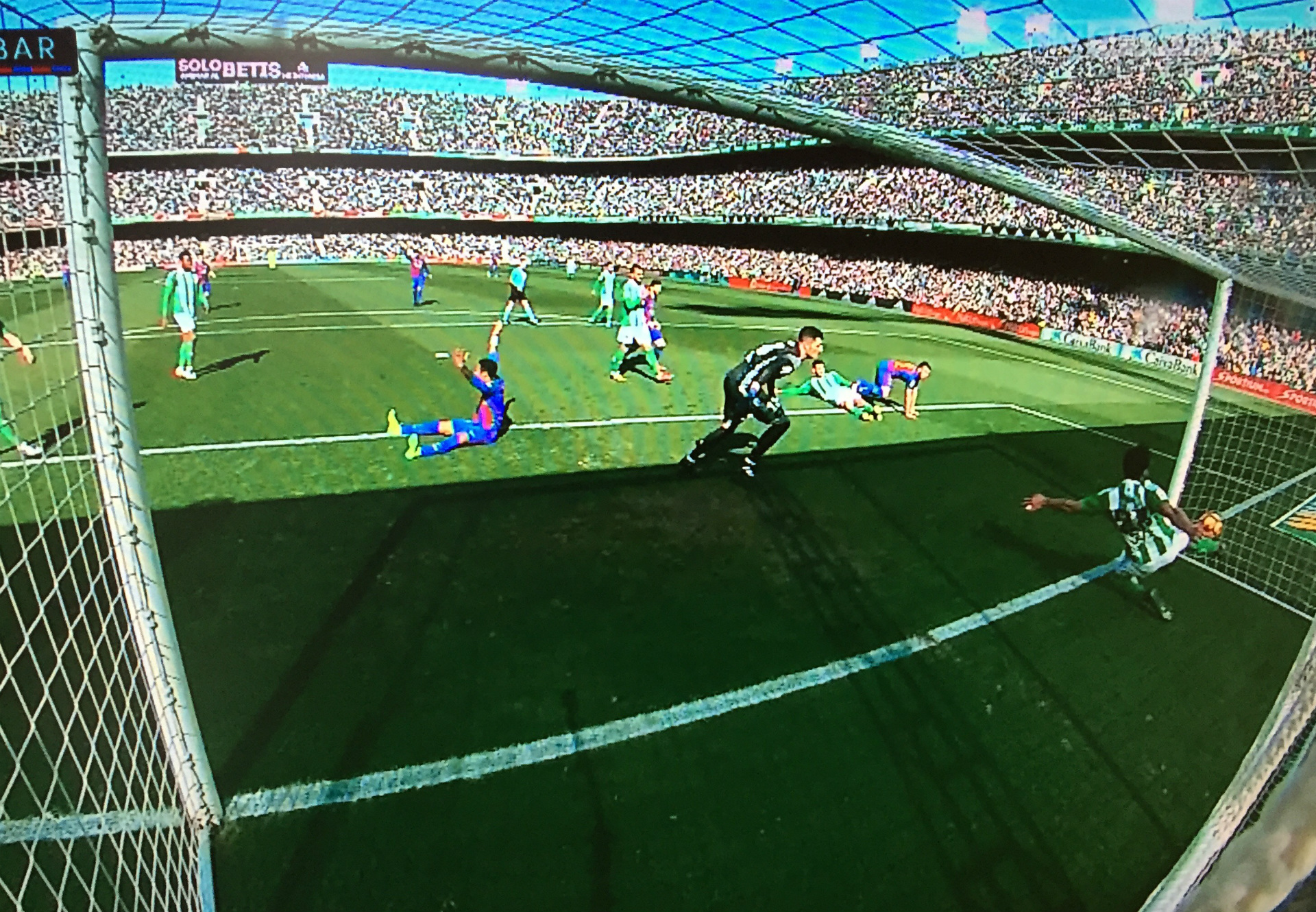 In the very same incident Neymar appeared to be wrestled to the floor but, again, the Brazilian's protestations fell on deaf ears.

There was an off-the-line clearance just 60 seconds earlier when Gomes struck the ball towards the bottom corner, but that time the officials were right not to give a goal.

Luis Suarez levelled the scoring in the last minute after Alex Alegria had put the hosts into a shock lead 75 minutes into the clash.

It meant Barcelona failed to leapfrog Real Madrid in La Liga's table, leaving them one point behind their Clasico rivals having played two more games.