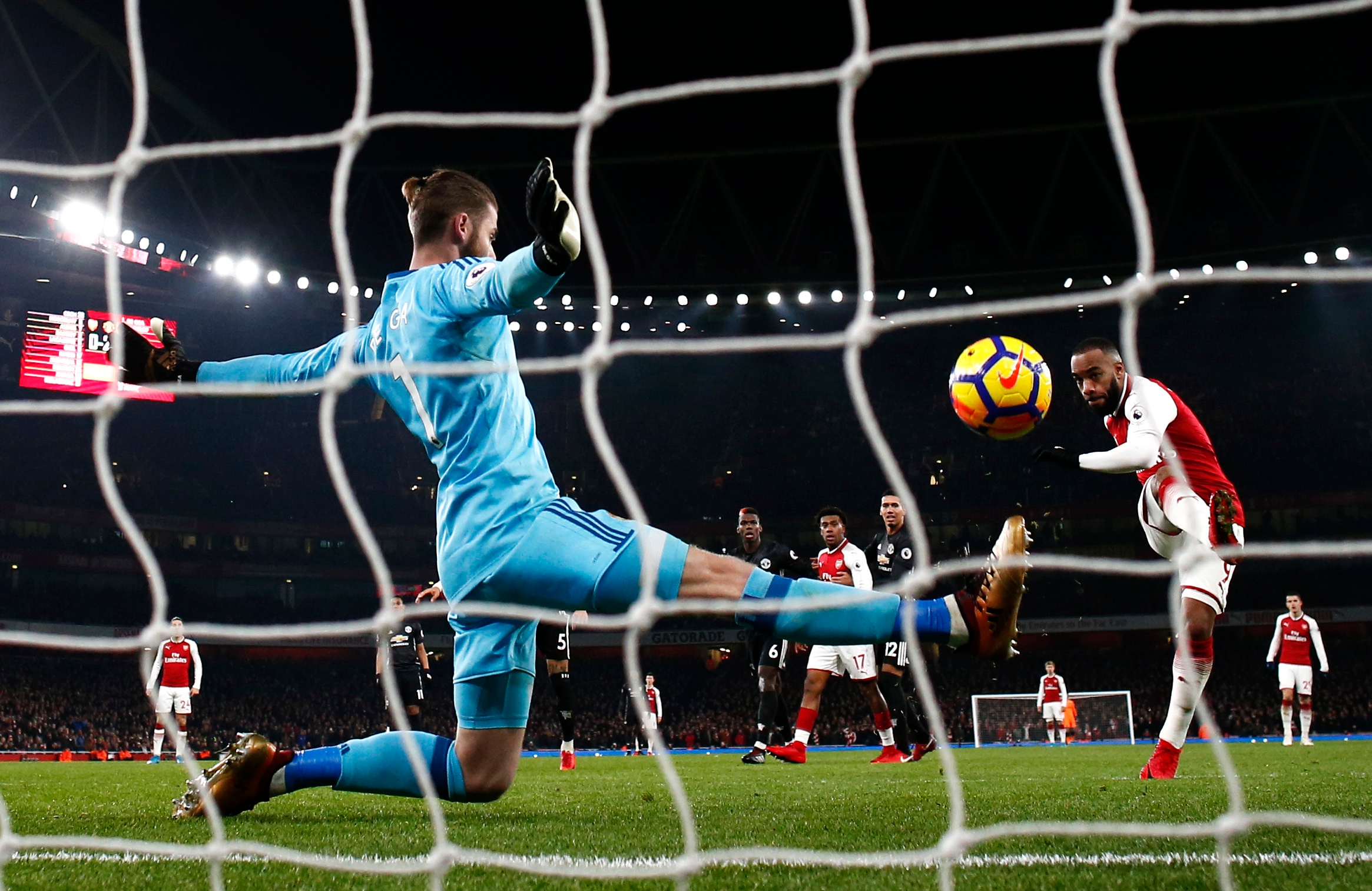 The Manchester United goalkeeper was the reason for Saturday's clash defying belief, maintaining the pressure on Man City in the process

It might have been one of the most emphatic retorts the Premier League has ever seen. And yet it didn't come from where you might have expected - not from the likes of Jose Mourinho, Romelu Lukaku or Victor Lindelof.

No instead, the retort came from Expected Goals.

Just a couple of weeks ago, Soccer Saturday's Jeff Stelling essentially drew battle lines between the old guard and the stats boffins by declaring Expected Goals "the most useless stat in the history of football." How could a metric with decimal points and theoretical goals be of any use, was the basis of his question.

Saturday evening and David De Gea was the answer.

Those who didn't watch Arsenal against Manchester United at the Emirates will never be able to grasp the extent of the absurdity. Those who did watch probably won't be able to, either.

After two sloppy mistakes at the back from the home side had seen Mourinho's men ruthless strike twice inside the opening 11 minutes, Arsenal laid a barely comprehensible barrage on United's goal.

For more than an hour, the Gunners embraced their nickname like seemingly never before, firing at De Gea's goal in a state of crazed, frantic and daring brilliance. If only a metric existed to encapsulate how the scoreboard is not always representative of general play.

Arsenal vs Manchester United stats. You wouldn't think the team on the right won 3-1! pic.twitter.com/BfHmfNelVO

By night's end, Expected Goals suggested Arsenal should have scored five. And yet they left with one, all because of De Gea.

Somehow even the Spaniard's tally of 14 saves doesn't do justice to his performance.

The number of his stops might have been ridiculous, but the nature of them was even more so - none more impressive than his double-act to stop both Alexandre Lacazette and Alexis Sanchez from point-blank range at the height of Arsenal's second-half assault.

In equalling a Premier League record for saves in a single game, the 27-year-old recorded a score of 93/100 on the Goal Pressure Index, presented by Sure and powered by Opta data.

On this night alone, De Gea's heroics were of extreme significance. But it's in the broader context of the season in which they mean even more.

United's trip to London on Saturday had the potential to be season-destroying. Arsenal were on a 12-match winning streak at home and the struggles of Mourinho's men on the road against the league's elite had refused to go away.

Lose, and the title could have been gone - United would have finished the weekend 11 points behind Manchester City heading into the looming derby with their neighbours.

In that picture, United would have tackled City bearing the weight of win-or-bust pressure.

But thanks to De Gea, the picture has shifted. United are still in the race, and City have a genuine rival with which to deal.

The Goal Pressure Index is presented by Sure, Official Partner of Chelsea FC, Everton FC and Southampton FC. Join the conversation on Twitter @Sure.