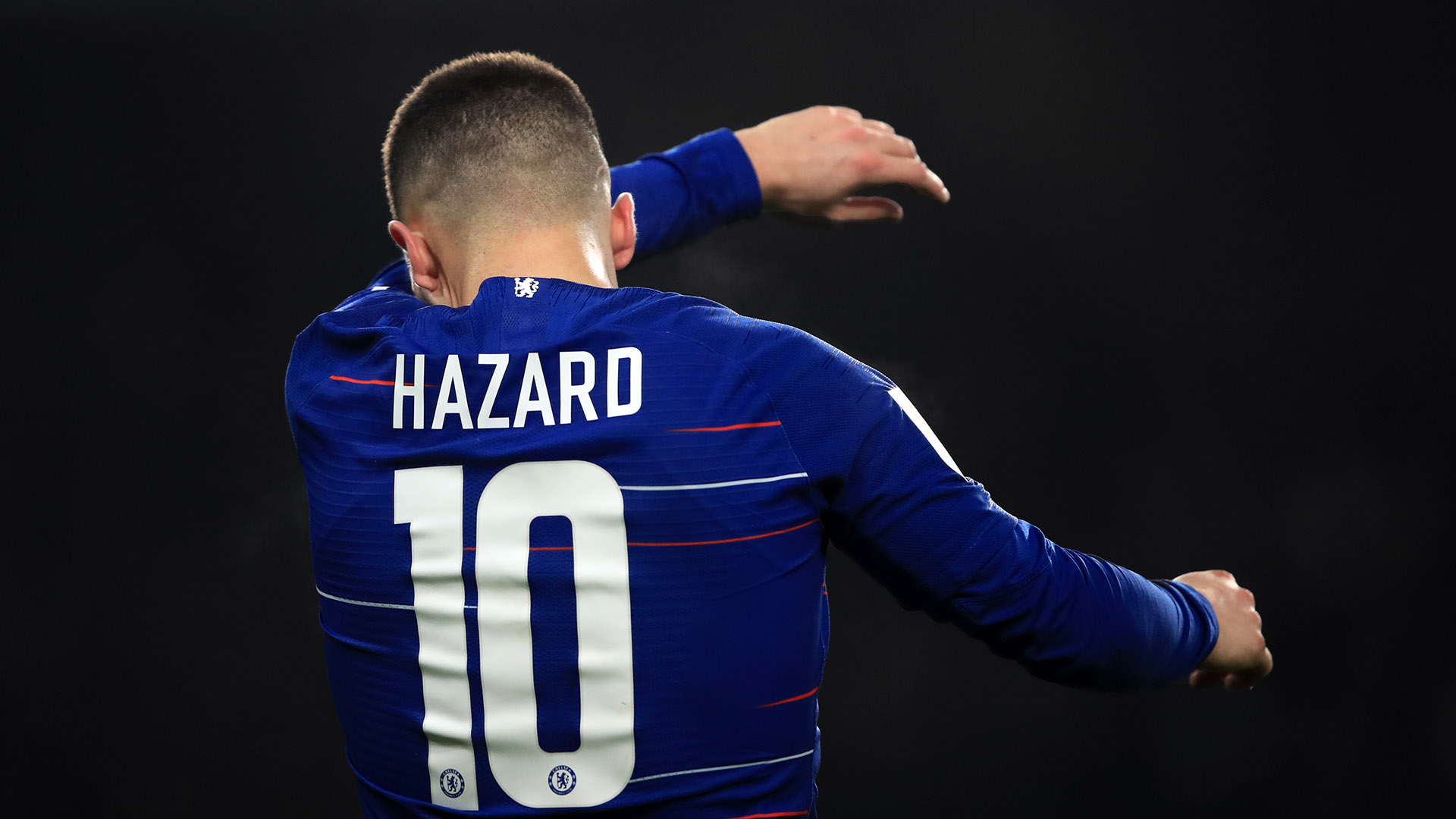 The Chelsea star's old shirt number is currently occupied at his new club, but he isn't too concerned

Eden Hazard says he is not worried about shirt number or penalty kick responsibilities at Real Madrid, but rather fitting in with his new team-mates now that he's finally with the club.

The Belgian completed a €100 million (£88m/$112m) move from Chelsea last week, putting an end to months of speculation leading him to the club.

Hazard is one of several incoming signings made by the club this summer, including striker Luka Jovic and defenders Eder Militao and Ferland Mendy.

Following a third-place finish in La Liga and a stunning Champions League loss to Ajax in the Round of 16, Real Madrid are bringing in new faces to shake up the dressing room and return the club to glory under Zinedine Zidane.

Hazard is the face of that movement and, while he will likely go down as this summer's marquee signing, he insists that he isn't coming to Madrid to ruffle feathers.

Case in point is the discussion of what shirt number he will choose, with Luka Modric currently holding onto the No. 10, a number Hazard says he will willingly give up.

"I've talked to Modric through Kovacic. I jokingly asked him if he could leave me No.10, he said no, I have to find another number," Hazard said on Thursday.

"For me the number is not important, but to play with this shirt, with this badge."

Hazard also says he will not push on to take penalties for Real Madrid, with several other penalty-takers already in-house.

Hazard says the responsibility lies with Ramos, even if the Belgian made six of his seven attempts for Chelsea last season.

"When one plays for Real Madrid there is only one star, the team is the star," he said.

"I arrive as a new player. At Chelsea I had been playing for seven years, here I came as the new player and I will try to contribute in everything possible.

"Regarding the penalties, I think the captain of the club shoots them very well. If they ask me to take them away... I do not think he's going to ask me, I think he'll keep scoring."