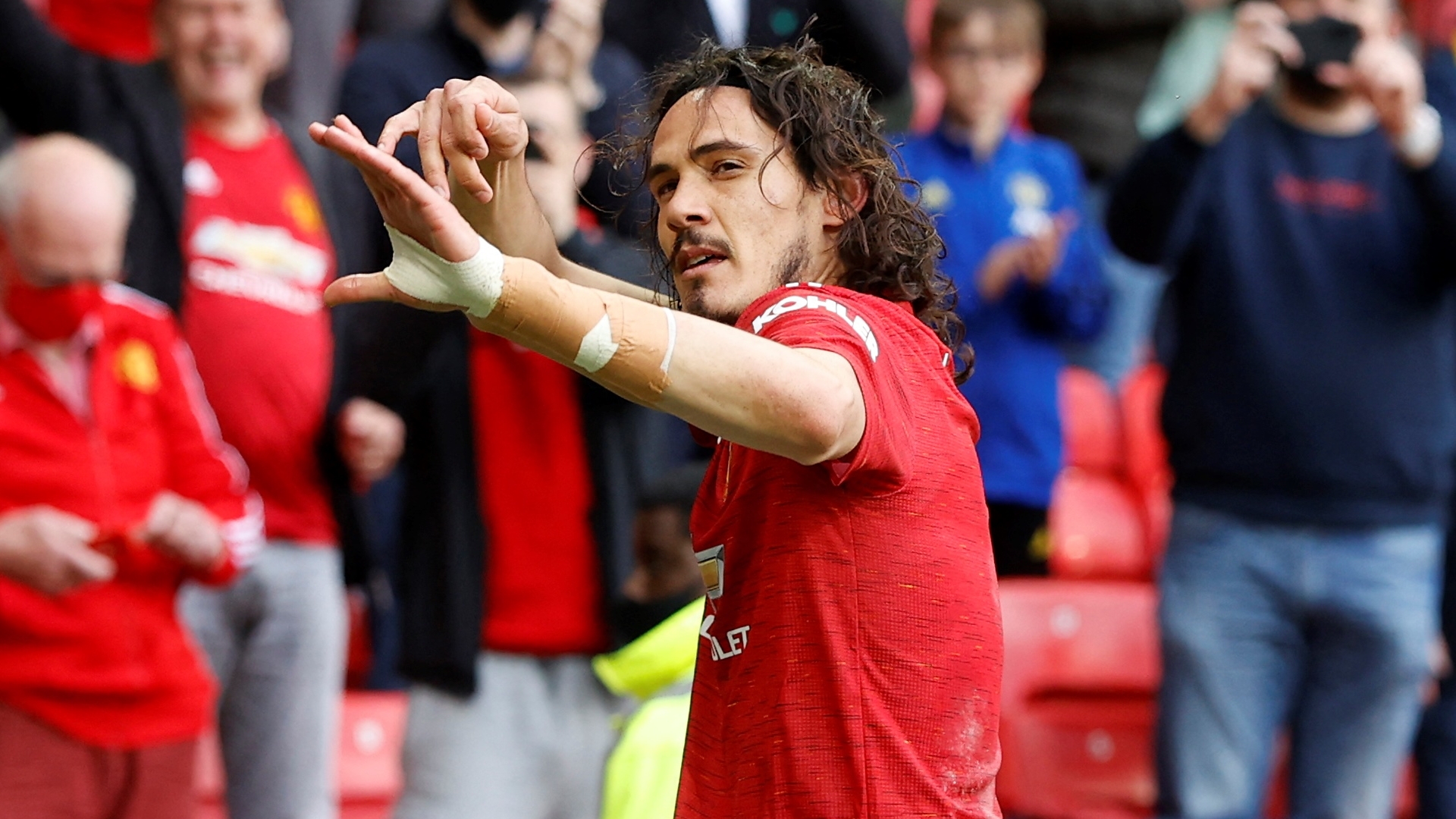 Manchester United striker Edinson Cavani says his goal celebration is inspired by his country's past and his daughter's name.

The Uruguay international has marked his goals for the Red Devils by mimicking firing an arrow from a bow into the sky.

The 34-year-old's latest celebration is a nod to the knowledge and experience he has gained over the years.

"I’ve changed my celebration a few times now and again. But this latest one comes from when you start growing up and begin to learn and gain knowledge about things that date back from a long time ago," he told the club's website .

"It kind of comes from our population, our native Uruguayans. Because I think and feel that down through the various generations of my family, I have roots from back in those times.

"I got the idea of being able to do the celebration where I take out the arrow and fire it. So that’s a bit of the history behind it, which in turn explains the thinking behind my daughter’s name, India.

"It’s all connected! There, I’ve explained it all a bit for you!"

How many goals has Cavani scored for Man Utd?

The former Napoli and Paris Saint-Germain star joined United last October and is tied to the club until the end of the season.

He scored 17 times in 39 games in all competitions last season.

Cavani has made only one appearance so far this season, coming off the bench against Wolves in late-August.