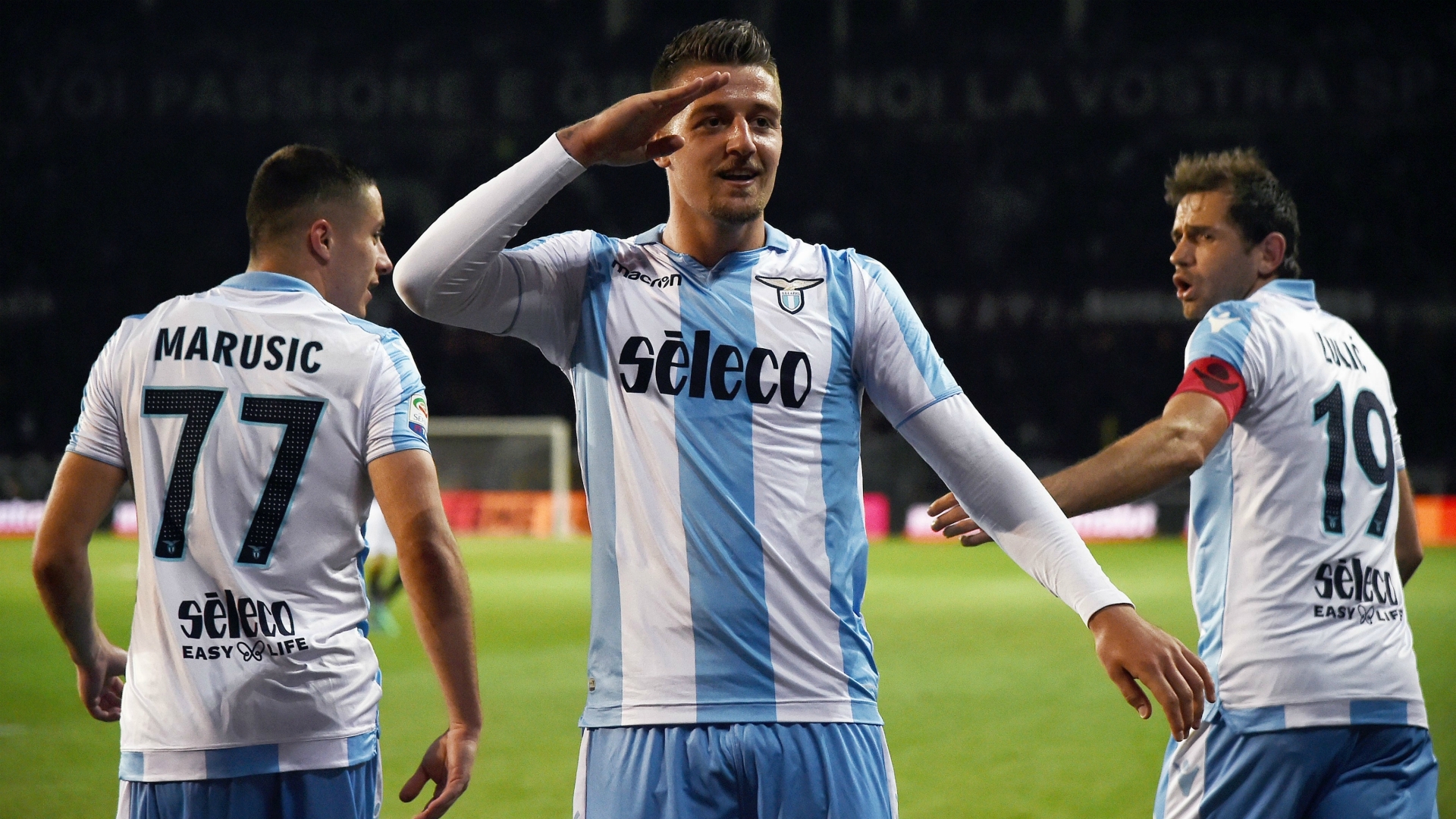 The Serbian midfielder has been heavily linked with a big-money move to Old Trafford, but his representative insists no transfer is in place as yet

Sergej Milinkovic-Savic has no agreement in place to leave Lazio this summer, claims his agent, with the midfielder being linked with an £80 million move to Manchester United.

Some reports had suggested that the Serbia international had been given the green light to complete a move to Old Trafford this summer, with Jose Mourinho marking him out as a top target.

United, though, are not the only side keeping a close eye on the talented 23-year-old.

Lazio are also understandably reluctant to part with a prized asset and can be expected to fight hard to keep a much sought-after performer on their books.

They are proving successful at present, says Mateja Kezman, with Milinkovic-Savic’s representative telling Lazionew.eu: “Lazio have three big games to go and nobody has talked about any negotiations at this moment.

“The Biancocelesti have the opportunity to get their best result of recent years by qualifying for the Champions League.

“It’s only normal there is enormous interest in Sergej between some top European clubs, but we do not have any agreement with any club.”

Milinkovic-Savic has made 46 appearances for Lazio in all competitions this season, netting 14 goals.

He has also provided six assists across his Serie A and Europa League outings, with his game being taken to new heights in 2017-18.

It is those exploits which have brought him to the attention of United, with the Red Devils in the market for midfield reinforcements.

They are about to see the long-serving Michael Carrick slip into retirement, while uncertainty reigns regarding the future of Marouane Fellaini as his contract continues to run down towards free agency.