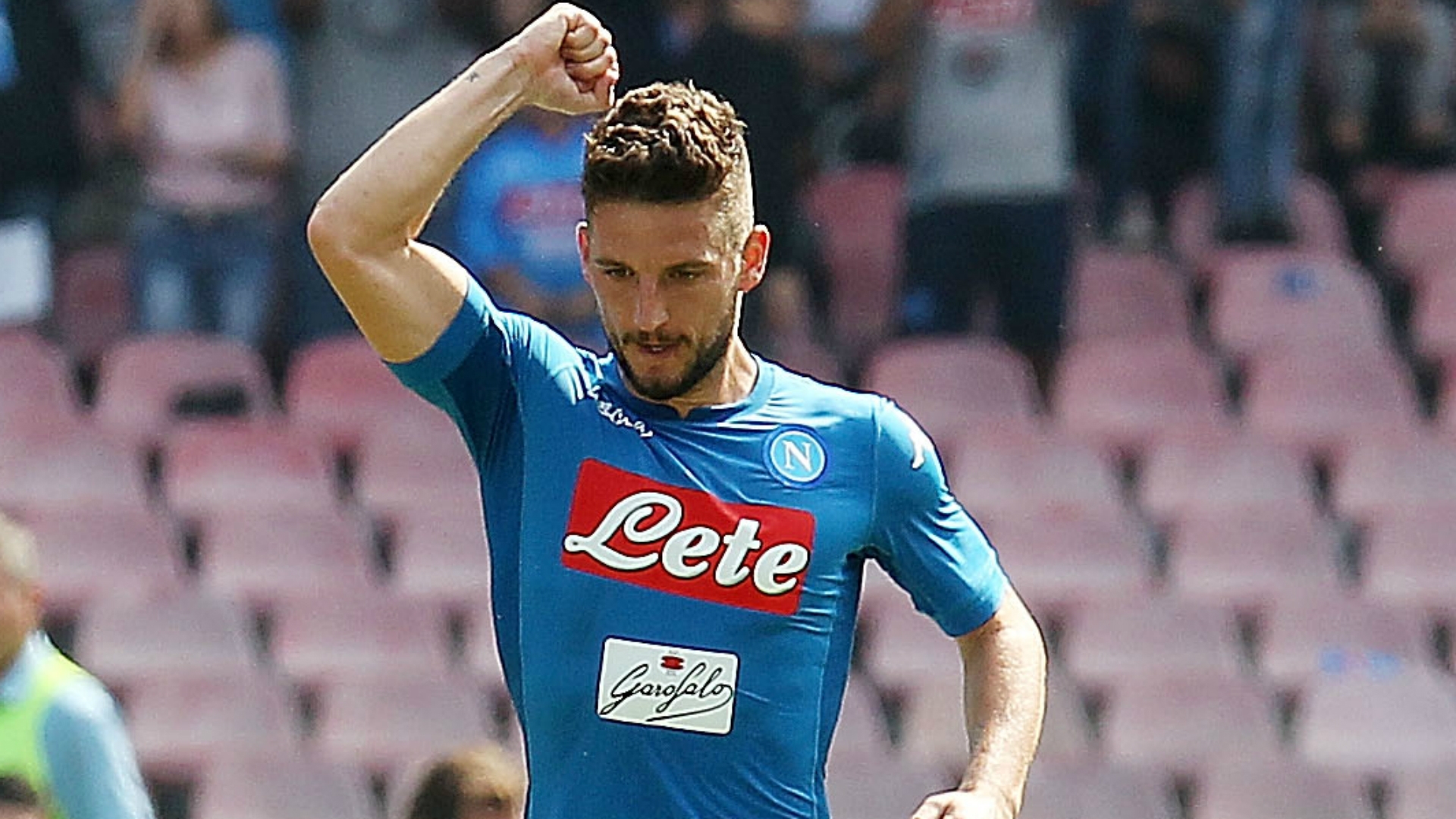 The 30-year-old continues to attract interest from the Red Devils as he has kept up last season's impressive form, and he will not cost a huge amount

Dries Mertens has a €28 million release in his new Napoli contract and remains the subject of interest from Manchester United, according to Napoli's former sporting director Pierpaolo Marino.

United were said to be heavily interested in the attacker last season before he signed a new contract with the Serie A side in May after a sensational season.

The Belgium international is now contracted to Napoli until 2020, but president Aurelio De Laurentiis has said he has a release clause in his contract that can be activated by foreign sides.

Although Mertens is 30 years old, he has scored seven goals in as many Serie A games this season and Marino insists he can be snapped up at a reasonable fee should Jose Mourinho's side act on their interest.

"He was an underestimated player until he played as a striker, now that he is a 'real No.9' he is kept under the eye of big clubs, because the €28 million clause a a low price, even if he's 30 years old."

Napoli sit two points ahead of Juventus at the top of Serie A with a perfect record so far, and Marino believes Maurizio Sarri's side can win the league this term.

"This could be the year of the Blues," he said."But not because Juve are weaker, but because Napoli have improved."