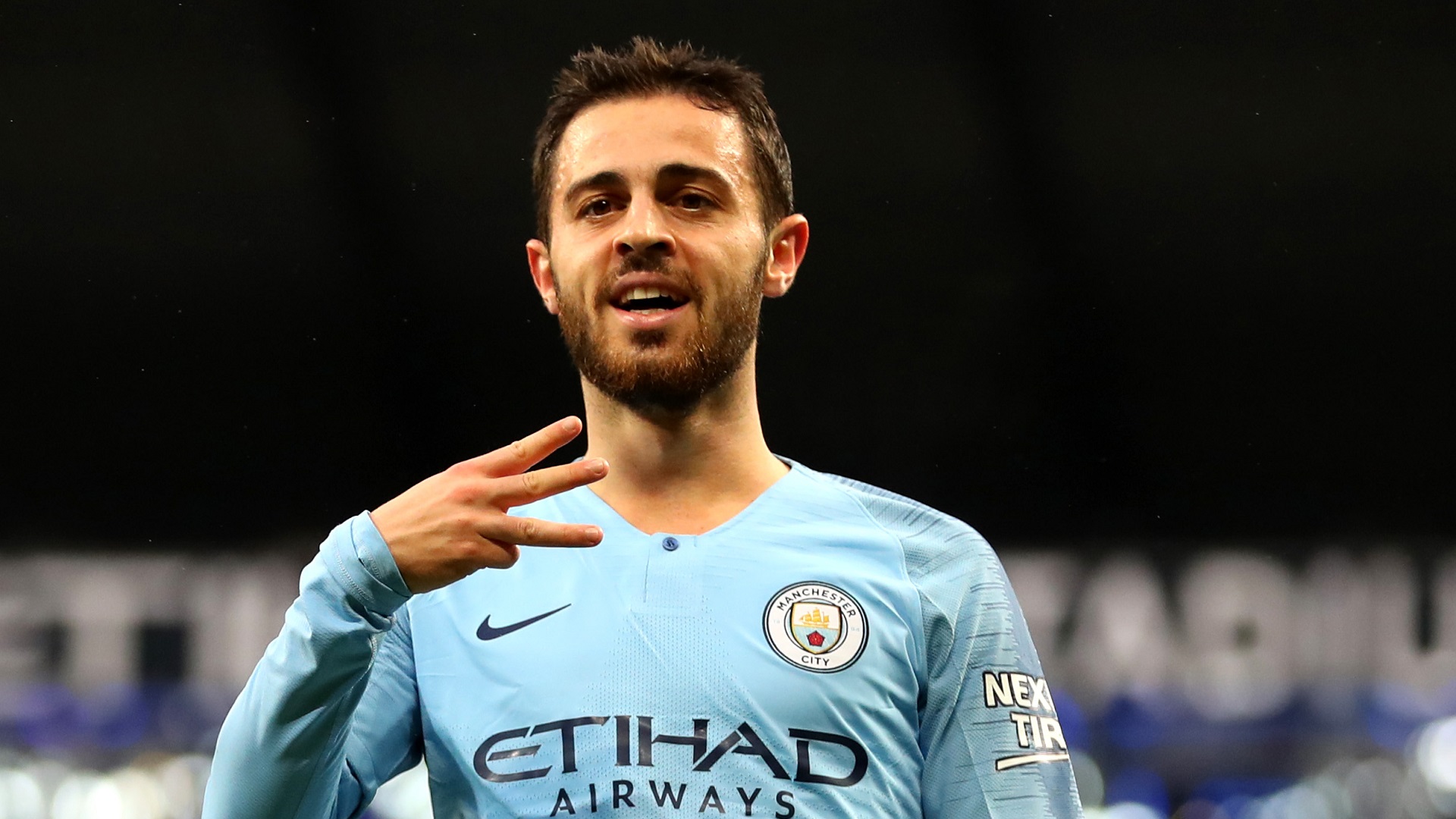 Pep Guardiola's side remain in contention to complete a clean sweep of trophies, with a man committed to a new contract loving the pursuit of prizes

Bernardo Silva is hoping to see Manchester City enjoy a “special” end to an ongoing quadruple bid, but concedes that it could be all or nothing for Pep Guardiola’s side from this point.

The Blues have already claimed the Carabao Cup in 2019, with that trophy being lifted in successive campaigns.

A defence of the Premier League title is progressing positively, as City sit two points behind Liverpool with a game in hand.

They are also preparing for an FA Cup semi-final showdown with Brighton and a Champions League quarter-final clash with Tottenham.

A clean sweep of major honours remains on the cards, with Silva determined to get his hands on as many prizes as possible.

The Portugal international said after helping City to edge out Swansea in the last-eight of the FA Cup: “All the players feel that this season can be special.

“Last season was special in the way we won the Premier League; this season can be special because we've already won one competition, we’re still playing for three.

“It will be crucial, to make something special and to try to write an important page in the history of this club, and that’s what we’ll try to do.”

Silva added on a quest which will see City’s star-studded squad pushed to their limit: “There are no perfect teams, so we try to improve, we know that in some moments of the game we’re not as good as some teams, and we try to improve that.

“Obviously we cannot be perfect in all moments, but so far this season, to still be in the four competitions - three left, because one we’ve won already - it's pretty good. It means we've been doing a pretty good job, but we still have to improve a few things and we'll try to do it.”

Silva has been starring in City’s bid to land four pieces of silverware this season, delivering 10 goals and 11 assists across all competitions.

His efforts have been rewarded with a long-term contract extension and the 24-year-old admits he needed little persuading when it came to committing his future to the Blues.

“To be honest it was quite easy to sign a new deal because I’ve been very happy to be here for the last season-and-a-half, a little bit more than that.

“It has been fantastic, I've been living the dream here, so it was a very easy decision.”