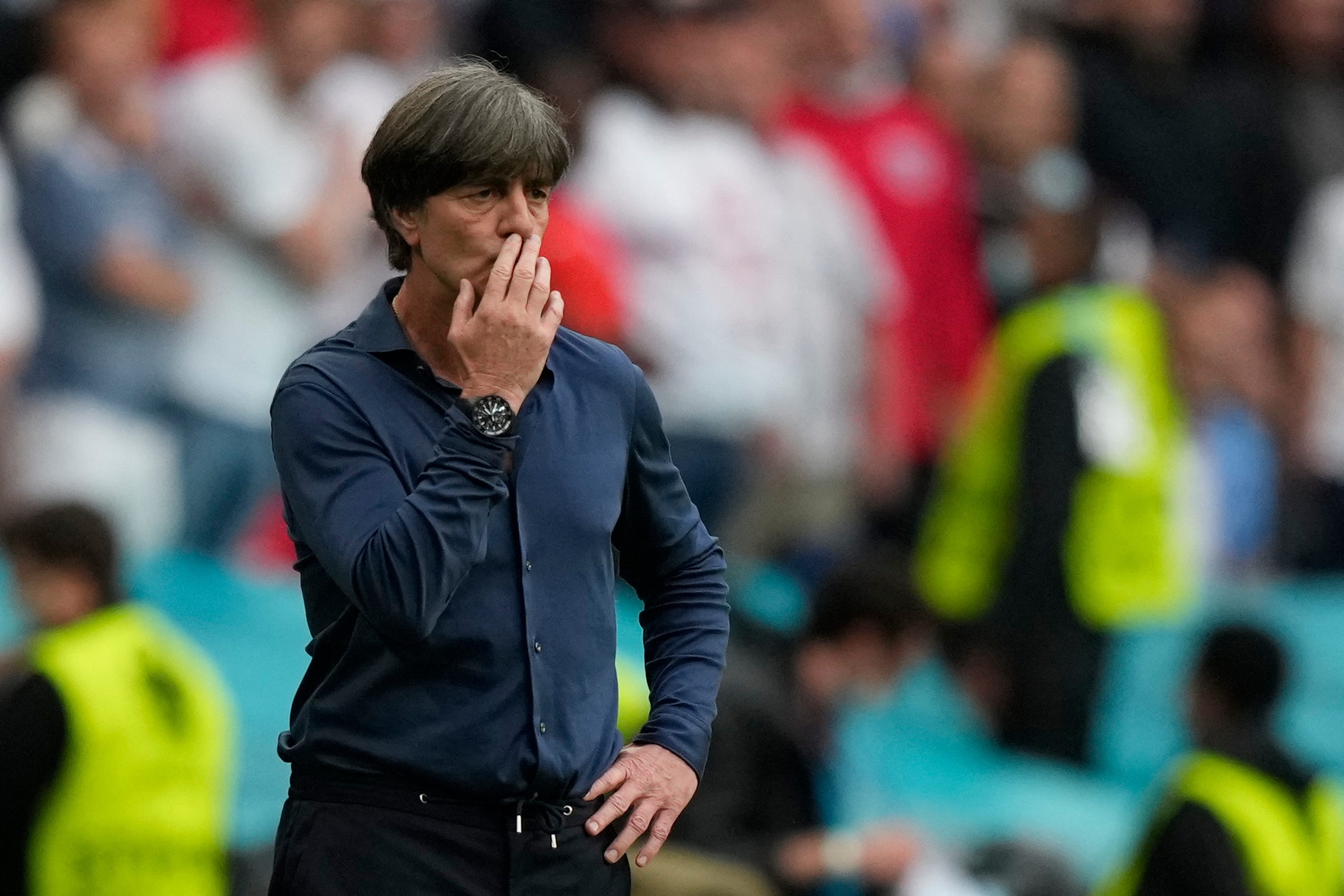 Germany lacked a "Plan B" and former manager Joachim Low is to blame for their Euro 2020 exit after not putting players in their right positions according to Markus Babbel, who says the idea they did not have enough squad depth has him "laughing [himself] to death".

Low's 15-year reign as Germany national team manager came to an end on Tuesday as his side were beaten by England 2-0 at Wembley in their last-16 clash, having failed to create many clear-cut chances from their 3-4-3 formation.

Before falling to defeat through second-half goals by Raheem Sterling and Harry Kane, Germany troubled England in the early stages, most notably when Timo Werner was denied one-on-one by goalkeeper Jordan Pickford. And Babbel says failure to build on that chance was indicative of Germany's problems.

Speaking to Goal and SPOX, Babbel said: "They lacked the conviction that they could do it. The team started well, that should have given them confidence. You could feel that the English were afraid of us, but suddenly we became more and more passive, we couldn't hold the ball as soon as England became a bit more aggressive.

"The result was rapid ball losses and the atmosphere in the stadium gradually seemed to have made an impression."

Kimmich, usually a central midfielder for Bayern, was deployed at right wing-back, while Muller and Sane played in different roles than they often fill for their club.

Former Liverpool defender Babbel feels Low was not creative enough with his selections, and has no time for the idea that he did not have the numbers required to deploy his best players in their primary roles.

He said: "Insisting on three at the back without having a Plan B irritated me very much. It's always hard when players are not in their best position. Joshua Kimmich can play on the right, but in my opinion he radiated a high level of dissatisfaction. He wanted to play No.6.

"Nobody can tell me that you can't find a defender on the right. I'm laughing myself to death! It doesn't have to be a Cafu that constantly initiates every attack. Closing the side is enough and Matthias Ginter, Emre Can or Niklas Sule would certainly have managed it.

"Leroy Sane didn't play in his favourite position either. He feels comfortable on the right side, with us he constantly had to come over to the left, which only increased his already cracked self-confidence.

"The same applies to Thomas Muller. Muller has found his best position around the striker at Bayern. He still did well at the European Championship, but why don't we let our boys play where they are best? You have so much time to prepare for a tournament like this and then you lack a Plan B.

What does the future hold?

Germany must now turn their attentions to qualifying for the 2022 World Cup - having been eliminated at the group stage in Russia 2018 - under incoming manager Hansi Flick, and Babbel thinks the treble-winning ex-Bayern boss can get the best out of his players.

He said: "It has to be based on the performances and not on the age group. The World Cup is coming up next year and we don't have an over-aged or poor quality team. However, it has to become more dominant and self-confident again and appear completely different.

"Flick has to do this in the short term. He has already impressively demonstrated at Bayern that he can do that. In the future, too, talented people will keep coming who want and will fight for their place."

Werner is one man in particular Babbel wants more from, saying the Chelsea striker must be more selfish and determined to be the go-to forward under Flick, rather than being happy filling a reserve role.

"That's why I can no longer hear statements like Werner's that it wouldn't be so bad not to play from the start and that he would be a team player. He must get angry when he sits on the bench! If it is the case [that he is on the bench], then of course he has to put himself at the service of the team, but the hairs on the back of my neck stand up when I hear such statements.

"As a Champions League winner, you have to claim to be in the starting line-up. 'Gnabry has to stand in line', should be heard from him instead."