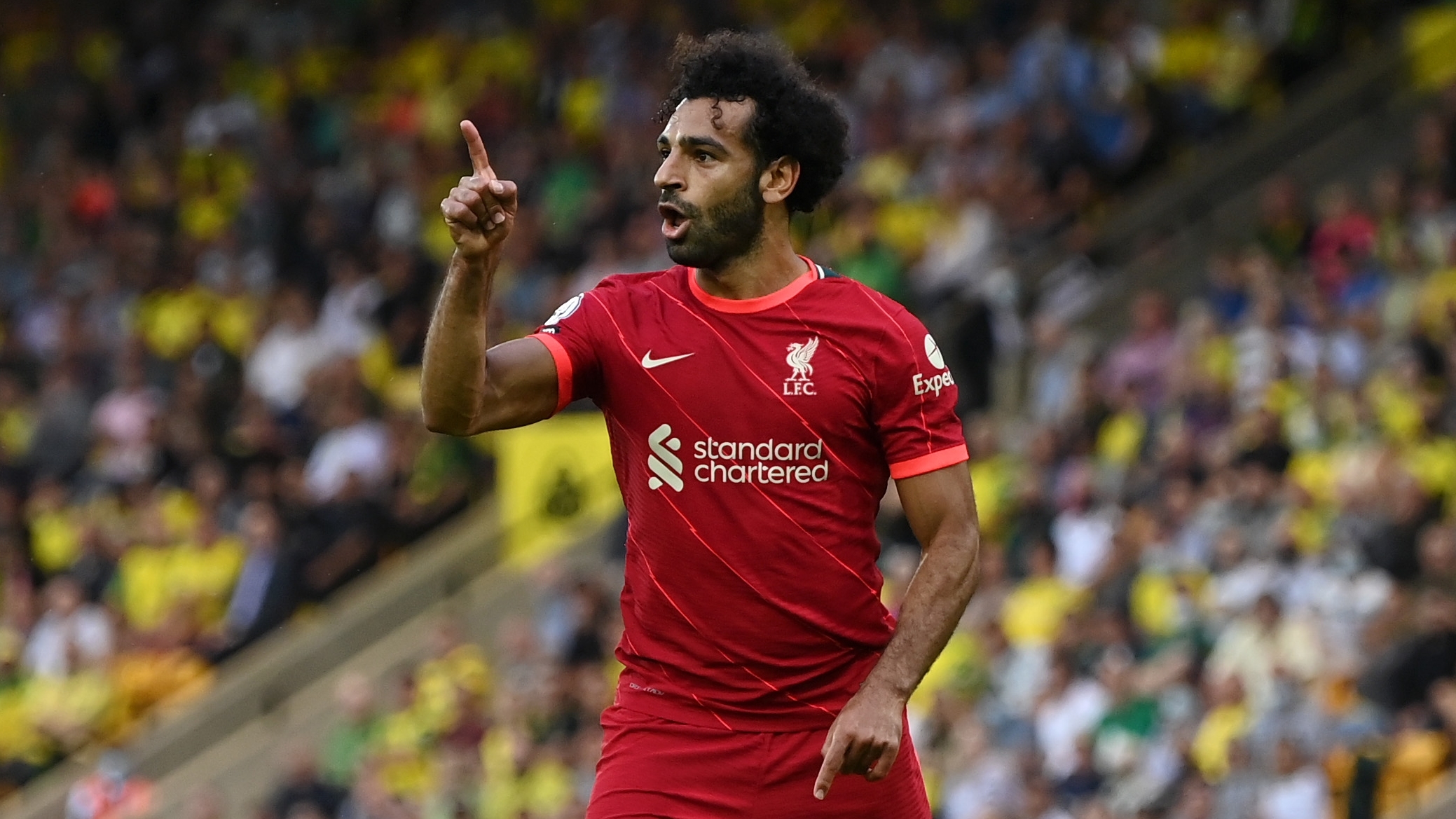 Ramy Abbas Issa doesn’t send many tweets, but when he does they tend to cause a bit of a stir.

And his latest offering, posted at around seven o’clock on Saturday evening, certainly hit the mark in that regard.

“I hope they’re watching,” Issa wrote. Cryptic, I think they call it. Whatever could he mean?

Issa, of course, is the agent of Mohamed Salah, and he has a history of making rather pointed comments on social media, whenever his star client is in the spotlight.

Was this a message to Liverpool, who are hoping to agree a new long-term contract with their Egyptian star in the coming weeks? Or to the doubters, who continue to underestimate Salah’s ruthless, relentless pursuit of excellence? Maybe it was just a nice, meaningless phrase - but probably not, knowing Issa.

Salah, of course, prefers to do his talking with his feet, and at Carrow Road on Saturday he delivered yet another masterclass. Just call him the five-season wonder.

His goal and two assists fired Liverpool to a 3-0 win over a game, but ultimately-outclassed Norwich, and ensured yet another piece of Premier League history for the 29-year-old, who becomes the first player to score in five successive opening-day fixtures.

“I assume he knew about that, and had extra motivation to score!” smiled Jurgen Klopp afterwards. Maybe Salah knew, also, that his goal here means he has now scored in 100 separate matches for Liverpool.

“Mo is Mo, eh?” grinned Klopp. “When the competition starts, he goes into the next gear.”

Sign him up, now. It has been a summer of contract renewals at Anfield, with Trent Alexander-Arnold, Fabinho, Alisson Becker and Virgil van Dijk all committing to lucrative new deals, but the club’s most important business is still to come.

Liverpool, quite simply, must give Salah everything he wants, and maybe more. They would be crazy not to.

Sure, he’ll be 30 next summer, and yes, he’ll command a salary which would make him comfortably the best-paid player in the club’s history.

Salah was on fire against Norwich, his deft touch creating the opening goal for Diogo Jota before half-time, his selfless, beautifully-disguised pass setting up the second for substitute Roberto Firmino after the break.

At 2-0 it was job done, but there needed to be a final flourish from the star man. Salah had not scored in Liverpool’s pre-season fixtures, and had seen a couple of efforts kept out by Tim Krul here, but when a corner dropped to his feet, 16 minutes from time, you knew what was coming.

Sure enough, it came. One touch, two touch, top corner. Where else?

“Even after he scored, he tried twice to find Sadio [Mane] when he might have gone himself,” noted Klopp. Selfish Salah? Don’t believe everything you read.

This, generally, was a performance to soothe any summer anxieties that might have been building among supporters. Liverpool may not be about to ‘win the transfer window’, but they’ll have a chance of winning the Premier League on this evidence.

Klopp didn’t even have his full artillery, either. Andy Robertson and Curtis Jones were out injured, Jordan Henderson and Thiago Alcantara didn’t feature in the squad as the work back towards full fitness, while Firmino and his Brazilian colleague Fabinho were used for just half an hour. Others, like Joe Gomez and new signing Ibrahima Konate, weren’t needed at all.

And yet the positives were plentiful. Virgil van Dijk managed 90 minutes on his first competitive appearance in 10 months, Kostas Tsimikas looked at home on his first league start, and Trent Alexander-Arnold’s passing was quite magnificent on the other flank.

And, as we already know, if Liverpool get it right at one end then they have the tools to unpick just about any lock at the other. Three of their four star forwards scored here, and the one who didn’t - Mane - was as bright and as dangerous as any of them. Ominous signs indeed, for the rest of the Premier League.

It is Salah, though, who deserves the headlines once more. An elite goalscorer, an elite footballer with an elite mentality. A record-breaker and a talisman, a superstar and a player Liverpool simply cannot afford to be without.

I hope they were watching, indeed.

Preferably with a pen and big fat contract at the ready...