Whatever you do, don’t try to talk to Jurgen Klopp this evening.

It's just not worth it.

The Liverpool boss had a face like thunder as the final whistle sounded at Brighton’s Amex Stadium on Saturday lunchtime and no wonder.

His side looked to have ground out the ugliest, yet most valuable, of victories on the south coast. They had overcome the schedule and the travel, ridden their luck and absorbed yet another injury. They had scrapped and worked and fought and they were ready to head north with the points.

They led through Diogo Jota’s goal, had seen Brighton miss a first-half penalty and watched as Mohamed Salah and Sadio Mane had efforts chalked off, narrowly but correctly, for offside after consultation with VAR.

And then, in stoppage time, came the final twist, the hammer blow.

Again, it was VAR at the centre of things. Stuart Attwell, the referee, saw nothing wrong when Danny Welbeck tumbled under a challenge from Andy Robertson, but Kevin Friend, from the Stockley Park studio, advised him to have a rethink.

Robertson, replays showed, had caught Welbeck’s foot as he tried to clear the ball. Trouble.

Attwell headed to the video monitor – an ominous sign indeed in this modern world – and, after a second look, and then a third, pointed to the spot. Pascal Gross did what Neal Maupay could not do earlier in the game and found the net from 12 yards. Brighton had a share of the spoils and Klopp’s mood took another turn for the worse.

It was certainly dark when he exchanged words with Attwell at the final whistle, and it was even darker a few minutes later when he was interviewed about the game by BT Sport’s Des Kelly.

What followed was remarkable. Great television, if truth be told. Klopp opted not to criticise the officials – “I think that the decisions were right,” he said, straight-faced – instead training his sights on another target.

A fascinating interview between Jurgen Klopp and @TheDesKelly discussing Liverpool's draw with Brighton, the Reds' injuries and fixture schedule. pic.twitter.com/s0BhahlUsP

His argument was a familiar one. Why, he asked, had his side had been forced to contend with a Saturday lunchtime kick-off having been in Champions League action against Atalanta on Wednesday night?

He had seen James Milner, his vice-captain, join an injury list that already contains seven other first-teamers. “A hamstring – surprise!” said Klopp, offering a sarcastic “congratulations” to his interviewer, as a representative of BT Sport.

“You picked the 12:30 kick-off, didn’t you?” he continued, pointing out that Liverpool face a similar situation in three weeks’ time, when they take on Tottenham on a Wednesday night (December 16) before travelling to Crystal Palace for the early televised slot three days later.

“It is really, really dangerous for the players,” Klopp insisted, before aiming a dig at Chris Wilder, the Sheffield United manager who has opposed calls for the Premier League to permit five substitutions per game for the remainder of this campaign.

“Chris Wilder says constantly that I am selfish, but I think all the things he says show that he’s selfish,” Klopp said.

“I was in a similar situation at Mainz, where it was all about staying in the league. But now they [Sheffield United] have three subs and one point, so there is no advantage or disadvantage.

“If you have five subs, it’s not for tactical reasons. For example today, if I have five subs today I take off Robbo and bring on Kostas Tsimikas. To save Robbo, not to make our game better.

“It’s about saving players, and it’s not only my players who have the problem. We will see in December how it is.”

Liverpool were not the only ones to suffer here. Brighton lost players to injury too. Maupay, who had sent his penalty kick wide after a foul by youngster Neco Williams on Aaron Connolly, limped off in the first half and substitute Adam Lallana followed him in the second. Lallana, a doubt for the game with a groin issue, sadly lasted just eight minutes against his former club.

Others will suffer too, no doubt, as the Premier League muddles its way through this most unique of campaigns. The games continue to come, and so will the injuries.

The 'product' - another thoroughly modern footballing word - continues to suffer. There will be supporters back in stadiums next weekend - a welcome step in the right direction, for sure - but the quality of football they will be watching is diminished, to say the least.

It's football, yes, but not as we know it. Not now, not this season.

Liverpool took as many precautions as they could, to the extent that Joel Matip, their only senior centre-back, was not risked at all having played twice already in the last seven days.

Jordan Henderson was deemed fit enough only for 45 minutes after a recent groin issue, teenager Curtis Jones was left on the bench after missing training on Friday and Klopp felt the need to save Salah’s legs by substituting him for Mane, who had started the game on the bench for his own protection.

Salah, withdrawn with the game in the balance at 1-0, was not amused but Klopp’s decision was understandable. And had it not been for Robertson’s swipe and Attwell’s video-assisted call, Liverpool would have gotten away with it too.

As it happens, the point moves them to the top of the Premier League table, though they can be overtaken by either Chelsea or Tottenham, who meet at Stamford Bridge on Sunday, or by Leicester, who face Fulham on Monday night. 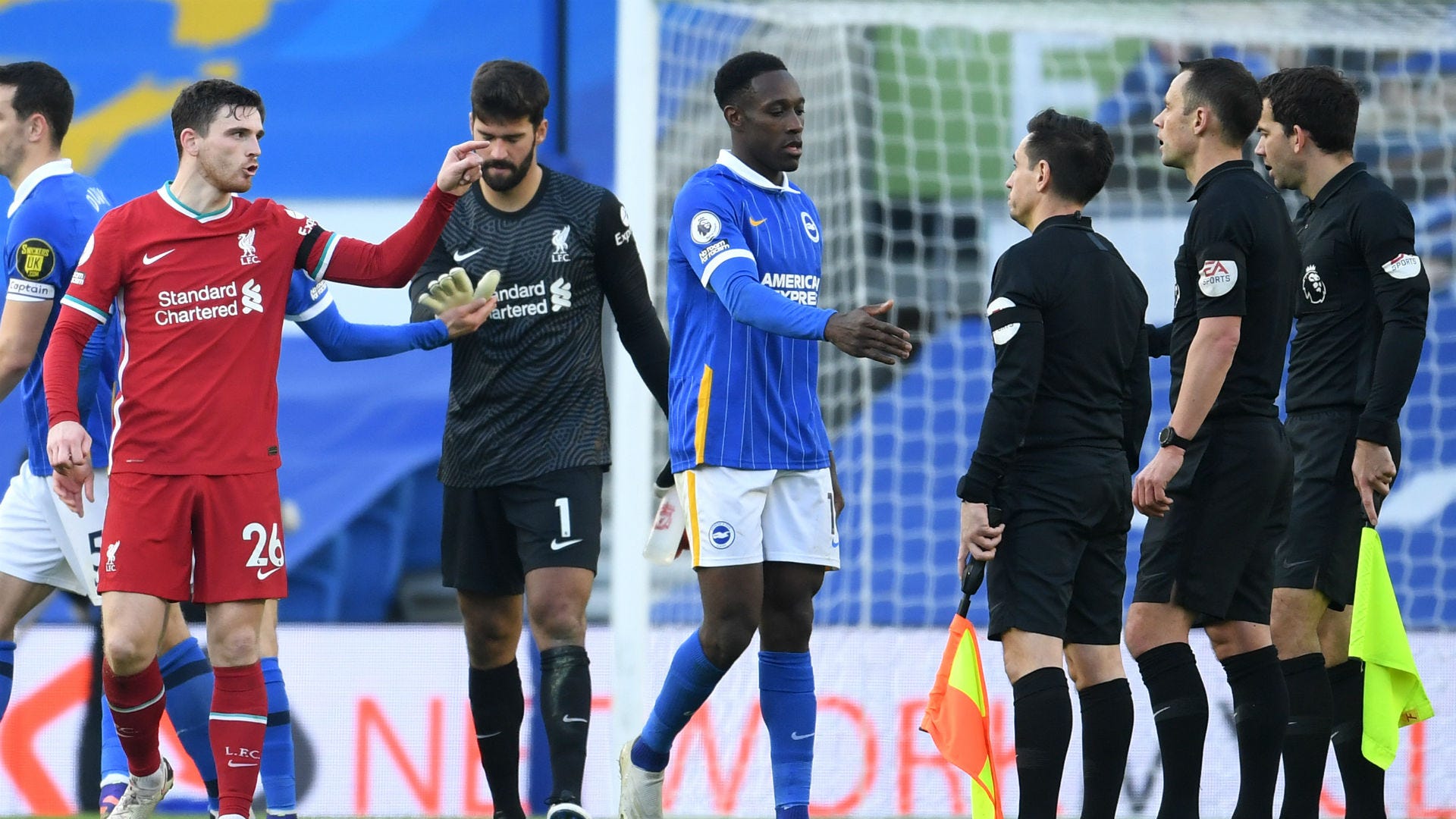 Klopp should certainly not be accused of feeling the pressure, given his side’s lofty position. His points over scheduling and substitutes are born out of genuine concern for his players.

Perhaps, though, he should know better than to expect sympathy as manager of one of the world's biggest clubs. Modern football simply doesn’t work like that.

The Premier League machine and the Champions League gravy train, they'll roll on regardless. If a pandemic can't stop it, then nothing will.

Liverpool then, must lick their wounds and rest their legs. Onto the next one, as they say.

That comes on Tuesday night against Ajax, where a positive result would seal Champions League progression and, just as importantly, offer some opportunity to rest and rotate in comfort for their final group game against Midtjylland later in the month.

On this evidence, though, it’ll be another struggle. Everything seems to be at the moment.

And getting a smile out of Klopp this weekend might just be the biggest of all. Approach him at your own peril.