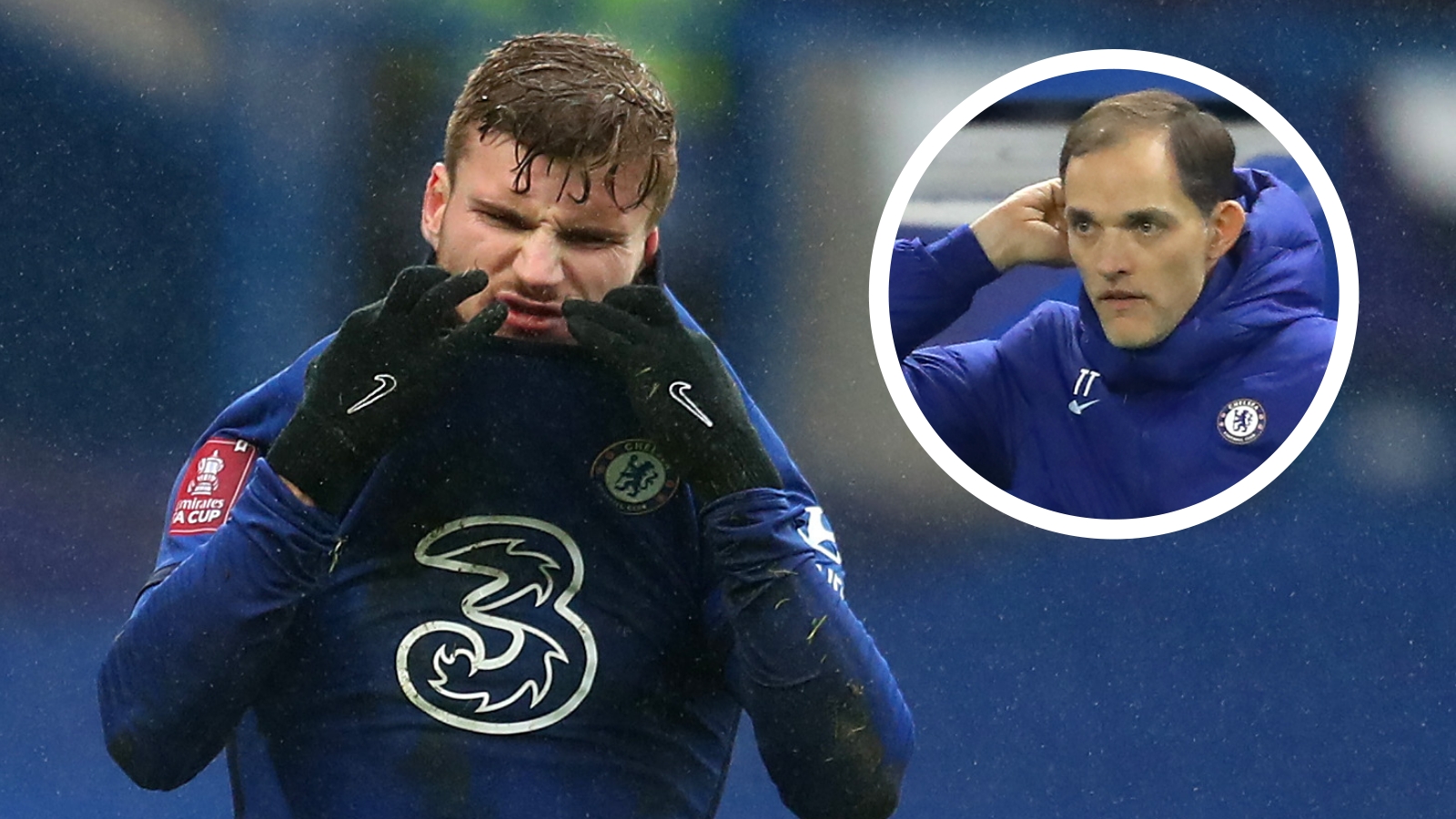 Chelsea's new manager Thomas Tuchel has said it is his job to get out-of-form striker Timo Werner smiling again.

Frank Lampard was sacked this week after a run of five defeats in eight league games saw the Blues plummet from first to 10th place, with Tuchel hired as his replacement.

Chelsea's poor run has seen goals dry up for their forwards, particularly Werner, who is currently on an 11-game goal drought in the Premier League.

Many predict the 24-year-old will have a resurgence under his compatriot and Tuchel is eager to work with the former RB Leipzig star, who was an unused substitute in Tuchel's first match.

"Why I did not use him on Wednesday, I see his face is a bit closed and the weight is on his shoulders," Tuchel told reporters about his team selection in the 0-0 draw with Wolves on Wednesday.

"Right now it’s important to rebuild his trust in himself and to find a smile on his face and stop doubting too much. It’s my job to do this, to help him with this and then to find also a position where we can use his strengths."

Chelsea beat many of Europe's top clubs to activate Werner's release clause in the summer and sign him for £47.5 million ($64m) but Bayern Munich decided against a move for the German star.

Tuchel is aware of the criticism that was often levelled at the pacey forward and admitted that he will look to add more weapons to Werner's arsenal.

"There will be games [for him] – on Wednesday we had 80 per cent ball possession and it felt like we played 90% of the match in the last 30 metres – but there are movements to create with him that he can help us, I am sure.

"From his profile, as a given, I would say he prefers to have space. That’s clear because he’s super fast and he likes to play in the last line, very very very high up, but a little bit more to the left, half open to the goal and to receive the balls into the open space. This is a given.

"Can we develop movements, patterns, behaviour to use his quality in narrow spaces? That’s my job and I’m absolutely convinced [we can] because the guy is open, the guy is friendly and the guy is eager to learn."