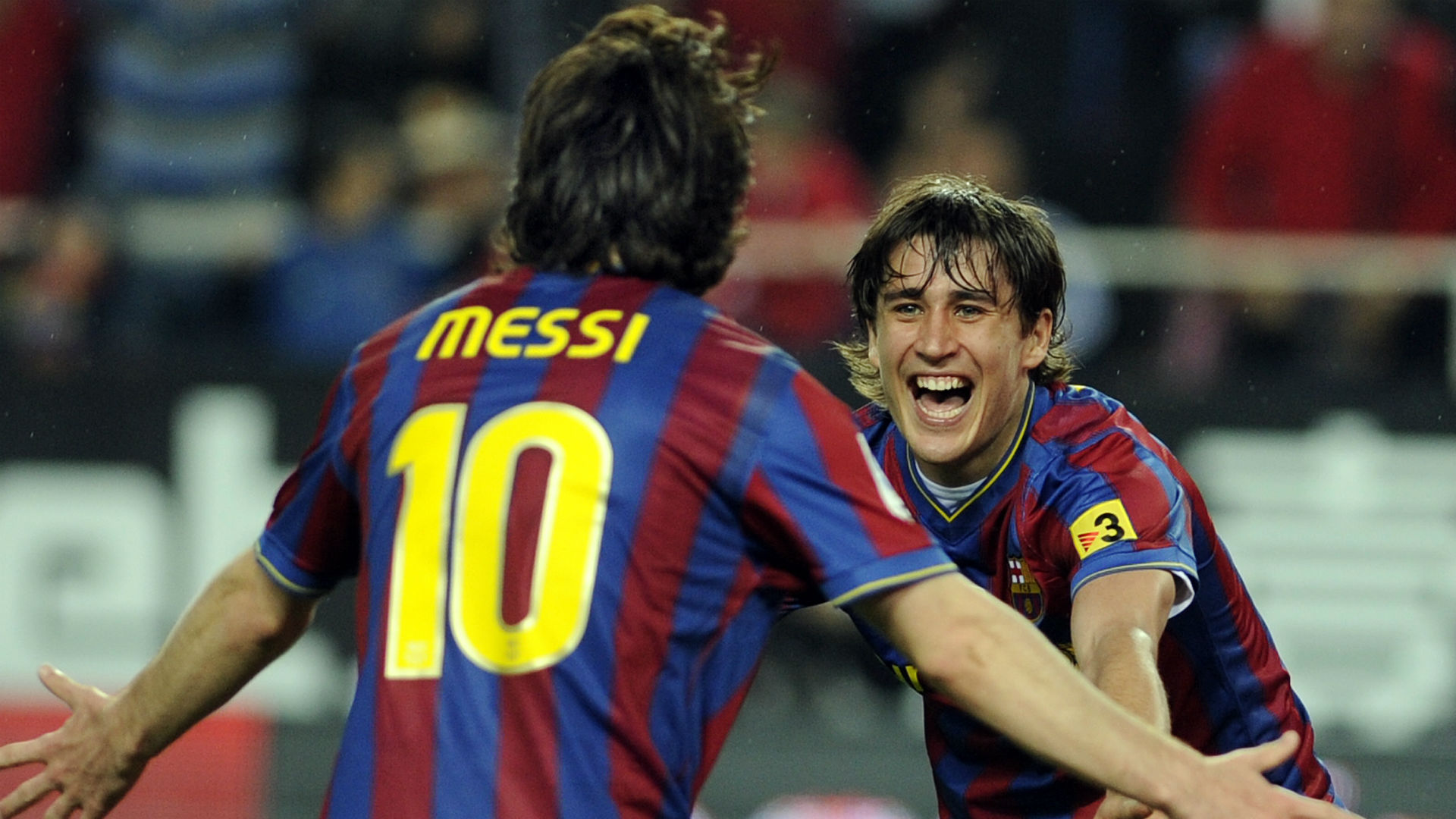 The former Barcelona forward struggled with being compared to the Argentine icon but he is proud of his career, despite the many ups and downs

After scoring more than 900 goals for Barcelona's youth team, Bojan Krkic already had enough hype to live up to before he was touted as the heir to arguably the greatest player of all time.

At 15 years old, the Catalan top-scored for Spain at the 2006 under-17 European Championship and, 12 months later, won the tournament's best player award after netting the winning goal in the final.

Bojan then became the youngest player ever to play for Barcelona at 17 years and 19 days in September 2007 – breaking Lionel Messi's record by three months.

Comparisons between the two were, thus, inevitable, particularly as the pair had similar playing styles, preferred positions and even hairstyles.

But despite scoring an impressive 10 league goals in his first season with the senior squad, the teenager was struggling with the expectations placed upon his young shoulders.

"At 17, my life changed entirely. I went to the Under-17 World Cup in July and no one knew me; when I came back, I couldn’t even walk down the road," Bojan told The Guardian.

"It was all good but your head fills until there’s a moment that your body says ‘stop’."

Bojan's mental struggles came to a head when he was selected to make his first Spain appearance. against France in February 2008 – a match that would have made him the nation's youngest ever debutant.

But while getting ready for the match, he was overcome by anxiety and was forced to withdraw from the squad only minutes before the game started.

"I was fine when I went into the dressing room but I started to feel this powerful dizziness, overwhelmed, panicked, and they lay me on the physio’s bench," Bojan recalled.

"That was the first time but I had nasty episodes like that again."

But the forward, still scarred from the anxiety episode prior to his previous call up, declined the invitation, and the subsequent fallout only made him feel worse.

"When the Euros came I decided I couldn’t go, that I had to isolate myself," he said. "Everyone at the federation knew [about my anxiety]: Luis Aragonés and Fernando Hierro [the sporting director].

"Hierro sent me messages every week to ask how I was and the day before the squad was announced, they rang. ‘Bojan, we’re going to call you up.’

"I was in the car, going to training. I said: ‘It hurts to say this but I can’t.’ The next day I saw a headline: ‘Spain call up Bojan and Bojan says no.’

"That headline kills me, it’s as if I don’t care. What hurt was that the headline presumably came from the Federation."

Still only 18 heading into his second year of senior football, Bojan failed to replicate his form from his debut season, nabbing only two league goals, and his stagnation continued over the next two campaigns.

During his last season at Barcelona, in 2010-11, Bojan made 37 appearances but 20 of these were as a substitute, with Messi, David Villa and Pedro preferred in Pep Guardiola's attacking triumvirate, which propelled the Blaugrana to a Liga and Champions League double.

Deep down, Bojan knew that the only way to secure regular first-team football was to move away from Camp Nou.

"It would have been easy to stay at Barcelona and not play but I needed to go,” he explained.

"Maybe at times I should have been more patient but I’ve always been honest making decisions [to move]. I always wanted to play."

However, a transfer to Roma for the 2011-12 campaign and a loan move to Milan the following season failed to improve Bojan's situation, with the attacker still used primarily as an impact player off bench.

He returned to Barcelona after both Serie A clubs decided against signing him and was sent to Ajax, where he finally got regular game time.

Despite winning the Eredivisie title, Bojan only managed four goals and the Dutch giants opted against extending his stay in Amsterdam.

Bojan found himself an unlikely home at Stoke City in the Premier League, where impressed sporadically, scoring 11 goals in his first two seasons.

However, he soon found himself behind Xherdan Shaqiri and Marko Arnautovic in the Potters' pecking order and was loaned out to Bundesliga club Mainz and then to Alaves the following season.

Now, Bojan is plying his trade with Montreal Impact in the MLS and has no regrets about his career despite failing to reach the heights many expected of him.

"The most important thing isn’t the trophies, it’s the experiences, what you lived, what’s here in your heart, what you know, what you live," he reasoned.

"I love football and no one will ever take that from me. I’m proud of my career, proud of what I have lived, and even if there are hard moments, you have to be strong."

He may not have become the new Messi but at least Bojan is now happy in himself.