Unai Emery has hit back at the criticism he and his players have received since Sunday’s defeat at Everton, insisting Arsenal are still on track for a successful season.

The Gunners saw their top-four hopes suffer a major setback at the weekend when they were between 1-0 on Merseyside following a desperately disappointing performance.

It meant they missed out on the chance to move above Spurs into third and it allowed Chelsea to move above them in the table 24 hours later when the Blues saw off West Ham 2-0 at Stamford Bridge.

The defeat at Goodison Park saw Arsenal once again being labelled as a soft touch away from home - given they have now won just once on their travels in the Premier League since November - while Emery also came in for some criticism for his team selection.

But ahead of Thursday night’s Europa League quarter-final first-leg against Napoli at the Emirates, Emery has launched a staunch defence of his players and says he will do all he can to protect them during the final weeks of the season.

“On Sunday we lost and after the match we were very disappointed,” said the Spaniard. “But after the first [training] session on Tuesday, everybody was positive because we remembered the bad moments in the Premier League when we were last in the table and when we were ten points behind Tottenham and Chelsea.

“Now we are with them because we are being consistent. We are in fifth but with one game in hand over Chelsea.

“It is in our hands to finish in the top four. And we are in the quarter-final of the Europa League with the possibility of [winning] a title and getting into the Champions League by winning the competition.

“I know the Premier League and the Europa League is going to be very difficult but we are going to be strong with good spirit.

"I trust in all the players. I think every player has helped us in the season."

Arsenal will look to bounce back from that costly defeat at Everton with a victory against Napoli on Thursday night.

In previous rounds, Emery’s side have needed to mount stirring second-leg comebacks to qualify, coming from behind to beat BATE and Rennes - when a brace from Pierre-Emerick Aubameyang and one goal from Ainsley Maitland-Niles saw them see off the French side 3-0 at the Emirates following a 3-1 defeat in France. 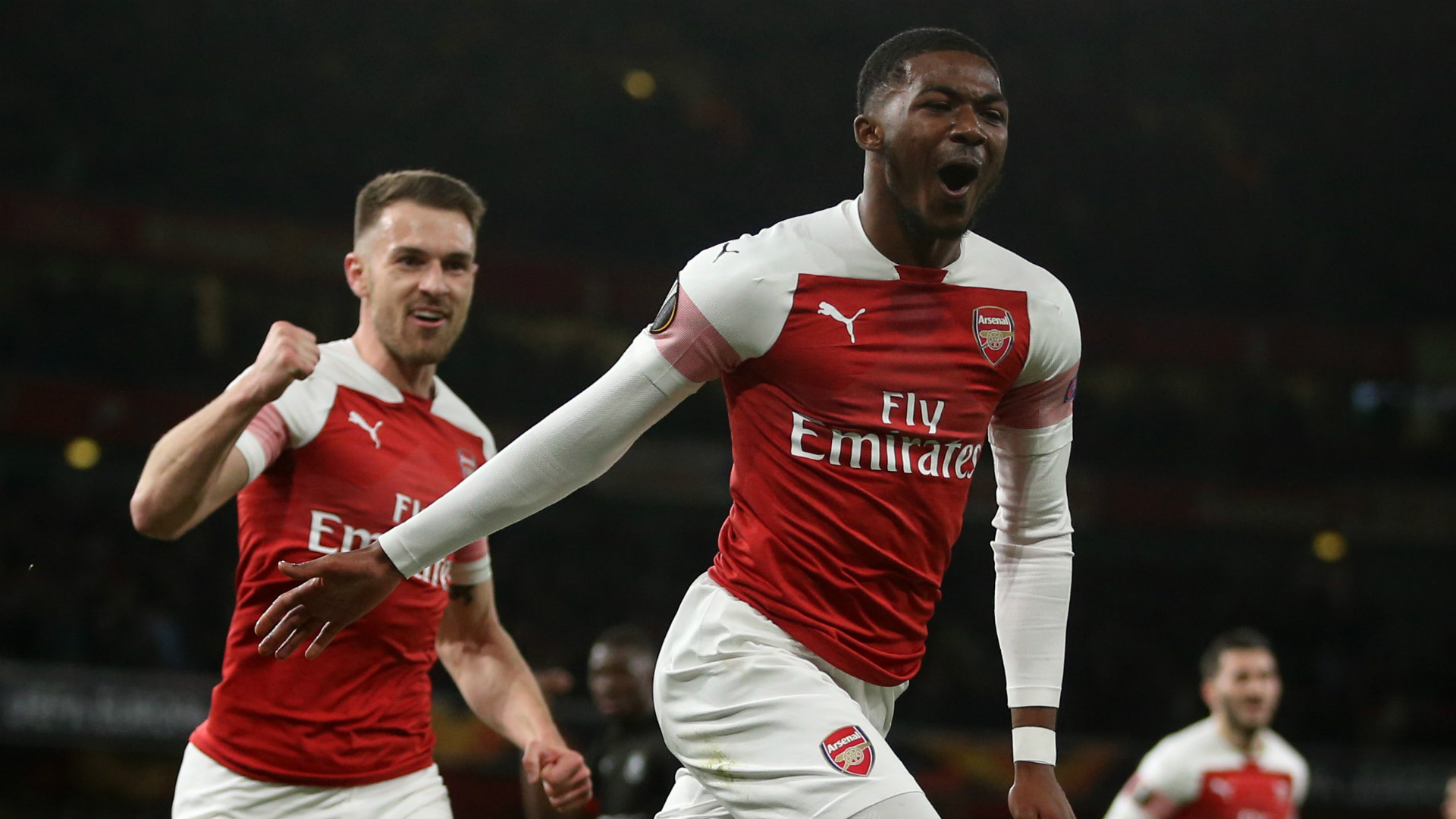 Both of those second legs were in north London, however, a safety net Arsenal do not have this time around as they have to travel to Naples next week for the return fixture.

And given Arsenal’s poor away form, many believe that a convincing victory at the Emirates is vital to their chances of making it through to a second successive Europa League semi-final, which would be against either Valencia or Villarreal.

That is not a view that Emery shares, however.

“The idea is to be competitive in two matches,” said Arsenal’s head coach. “Thursday we are going to play knowing we need to win, but we have confidence that when we can go away if we need more we can do it.

“There is respect because Napoli won away three weeks ago 4-1 at Roma, they played very good matches away against PSG and against Liverpool in the Champions League and Thursday will give us a lot of demands to be the best possible on the pitch.

“Tactically they are a very organised team, they have the possibility to play with combinations and transition very quickly. They have very fast players. We need a complete match.”

Arsenal could be boosted by the return of two key players for Thursday night's first leg.

Both Granit Xhaka (thigh) and Laurent Koscielny (foot) missed the defeat at Everton but are expected to be involved against Napoli having now returned to full training.

Aaron Ramsey is also fit to start after only being named amongst the substitutes at Goodison Park.