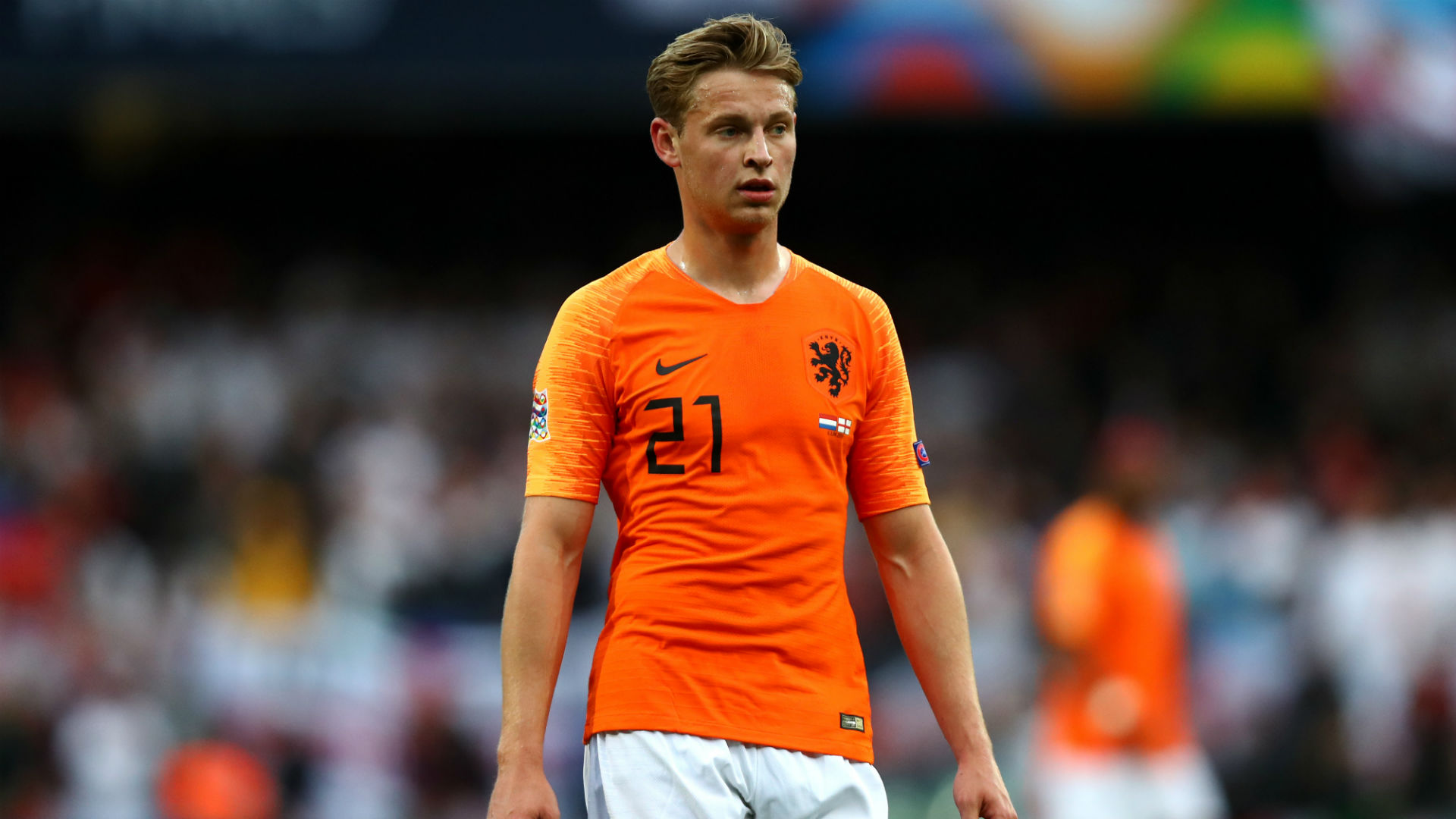 The Dutch are coming back to the top table, having defeated England in the Nations League semis, and it's thanks in no small part to their midfield

Frenkie de Jong’s international career is less than a year old and he has to date won only seven caps. He has never played at a World Cup or at a European Championships, when a lot of other 22-year-olds out there might well have experienced both. And yet he is a player who already looks at home at this level.

The UEFA Nations League is De Jong’s first experience of senior international tournament football and if he performance against England is anything to go by then he is in for a long and prosperous career for the Netherlands. Observers of an England team beaten by the Oranje on Thursday night in Guimaraes were coming away from the semi-final wondering why they can’t produce a De Jong of their own. But this kind of player is not easily replicated.

And that is the reason why Barcelona were minded to pay €75m to Ajax for his services before the summer transfer window opened. Had they waited any longer then the price could well have increased. There have been high-class central midfielders before, but De Jong is different.

He is equally comfortable passing or dribbling and his influence in a game – across 90 or 120 minutes – is ceaseless. He came off the field against England having completed the most passes (101), the most tackles (five), the most interceptions (three), a 100 per cent completion rate in his dribbles and aerial duels, two key passes and 13 recoveries. De Jong was undisputedly awarded man of the match.

Atalanta midfielder Marten de Roon complements De Jong nicely in the Dutch midfield. The 28-year-old has seen his international career take off under Ronald Koeman as the Dutch resurgence continues. He has the diligence and tactical intelligence to master the central sector alongside his young compatriot, and he explained what it’s like playing with De Jong.

“It makes it easier because he makes the spaces; he takes the players with him,” De Roon told Goal. “He always waits one more second to play the ball so somebody else has to make a decision if he comes closer to you. With him, I have a little bit more time to play.

“So for me, it’s a great pleasure to play with him because I also see his qualities. As the other midfielder, it makes it easier to play. I can only say good things about him.”

He will cause massive problems for Sergio Busquets at Barcelona next season, because there would appear to be space for only one of them. And the way he’s playing right now – having led Ajax to a league and cup double as well as a Champions League final – De Jong is coming for a starting spot.

Behind that midfield anchor for the Dutch stand two of the world’s best centre backs. The captain, Virgil van Dijk, is partnered by 19-year-old Matthijs de Ligt, who could yet end up at Barca. The current Ajax skipper might well have endured a difficult first half against England and Marcus Rashford in particular but there is no doubt in De Roon’s mind that optimum balance is being achieved in the Dutch formation currently.

“They are physically so strong,” De Roon said. “Matthijs is of course an enormous talent who is going to make a step. You can already see how physically great he is. And Virgil is on his best moment. He’s 28, he’s feeling good, he just won the Champions League so we’re very strong there in the back.

“But I also think fullbacks are crucial because Denzel is going all the time, Daley is a little bit more for the football. The team is really balanced and you can see it.”

This time last year the Dutch were lost. There was no World Cup to look forward to, having already missed out on Euro 2016, but form over the course of the season has been sensational. As well as the defeat of England, the Netherlands have also accounted for Germany and world champions France in the Nations League. Confidence is building and this traditional powerhouse is regaining the feeling that it belongs on the big stage.

“Since the new coach came, we searched a little bit for what was the best XI but we created a big team like you see against England,” De Roon said.

“We changed two players [Quincy Promes and Donny van de Beek) and they are decisive in the final score. You can see we are 23 people here and 23 people want just one result.

“We are growing, but we already grew a lot this last year. If the results are positive, it makes it easier to grow and it gives confidence. We didn’t panic after the 1-0 but we just continued and in the end it fell in the right place.”

The final step for this team before the resumption of the Euro 2020 qualification phase will be the final against Portugal at the Estadio do Dragao on Sunday. Dealing with Rashford was one thing, Cristiano Ronaldo coming off the back of the hat-trick he scored for Switzerland is quite another. But with Van Dijk and De Ligt in tandem, De Roon is confident in the outcome.

“I played this year already against him,” the Atalanta man said of Ronaldo. “It will be hard because Portugal plays at home. The stadium will be full of Portugal fans and Ronaldo is an exceptional player. So we have to defend him very well.

“If we have a good day and we play like we did against England we have a good chance. It’s a nice duel hopefully Virgil will win and I am confident it will happen.”