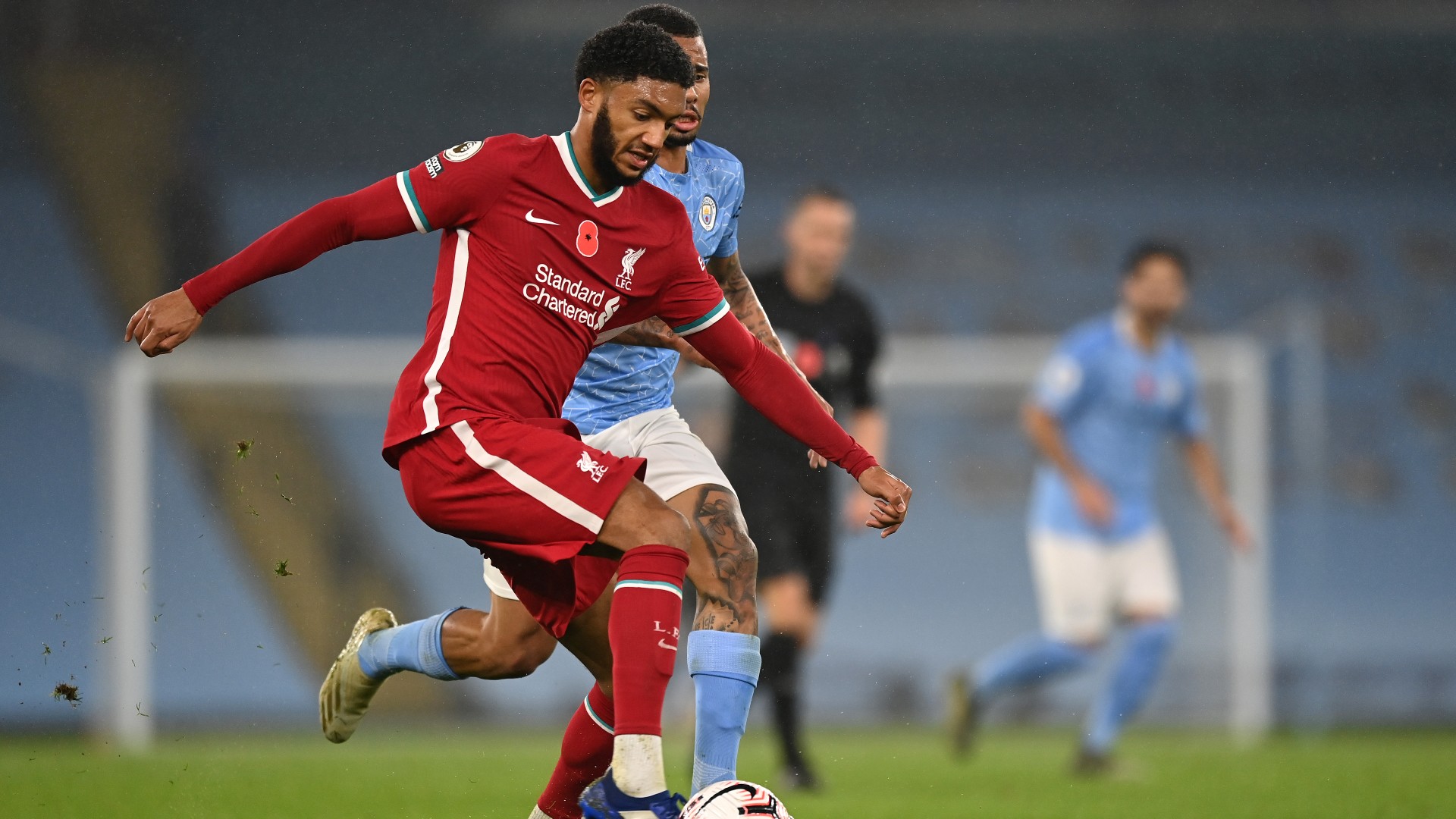 The Reds were already having to cope without Virgil van Dijk, and could now be forced into the transfer market

Joe Gomez’s injury has put an “enormous amount of stress” on the Liverpool squad and Jurgen Klopp should consider signing a new defender in January, says Jamie Redknapp.

The Premier League champions were dealt a huge blow earlier this week when Gomez was forced to withdraw from the England squad after suffering a knee injury during training.

The 23-year-old has since undergone surgery on the injury, but now looks set to sit out a large portion of the 2020-21 campaign as he begins his recovery.

His absence means Liverpool’s defensive resources are now perilously thin, with fellow centre-back Virgil van Dijk also sidelined for much of the campaign with a knee injury of his own, leaving only Joel Matip and Nathaniel Phillips available as natural centre-back options for manager Jurgen Klopp.

Midfielder Fabinho, who has regularly filled in as a central defender, is still recovering from a hamstring injury suffered against FC Midtjylland in the Champions League last month, while full-back Trent Alexander-Arnold is likely to be out until December with a calf problem sustained in last weekend’s draw at Manchester City.

Redknapp, who made 308 appearances for Liverpool between 1991 and 2002, believes the Merseysiders would have been able to cope with the loss of just Van Dijk, but this latest injury blow means Klopp may be forced into the transfer market.

"From an England point of view, it's a disappointment for Gareth Southgate, but for Jurgen Klopp, if this is a long-term one and you've got no Virgil, no Joe Gomez, that puts an enormous amount of stress on this squad from a team that were red-hot favourites at the start of the year," he told Sky Sports.

"It's certainly going to change things and for everybody else involved, that back two have been so impressive at times. It's not been easy with no Virgil at the moment, but no Virgil and no Gomez is going to make it even more difficult.

"You don't want to bring in someone for the sake of it for £40 million or £50m because you know you've got someone coming back really quickly. But if you've lost Gomez as well, you're certainly looking to get into the market and try and bring in someone in January or as quickly as you can, be it a loan, be it a signing - but it's not going to be easy to get players in.

"Your hands are tied to a certain extent because straight away, everyone knows you're desperate so the prices are going to get inflated. Liverpool have worked the market so well, they've not always bought the big stars, they've made them stars. Virgil may be the opposite, they paid £75m for him but what his fee now would be, maybe three times as much as that because he's such an incredible player.

"Defenders are at a premium because there's not many good ones around that can play like Virgil, that can defend like Joe Gomez, who is still a young man.”

Redknapp also expressed his disappointment for Gomez on a personal level, with the 23-year-old set to play a key role for club and country prior to his injury.

"I'm choked for Joe Gomez if it is a bad injury,” he added. “He's a young man who has already had knee injuries and come back brilliantly. I'm a big fan of his, he seems like a really good, down-to-earth player.

"I remember seeing him many years ago playing for Charlton in the FA Youth Cup and thinking, 'This is a star of the future' and he's certainly proved that at Liverpool. I just hope it's not going to be anything too serious.

"I suffered with injuries playing for England and it's really hard to deal with because you're so proud that you're there, but you also know it's costing you an enormous amount of time in your career.

"Right now, Liverpool need Joe. I thought he was unlucky with the penalty decision [against Man City] but his form has been really good and he's looked like a real leader.

"When you've got someone like Van Dijk who is so instrumental and he leads from the front, sometimes you can afford to hide behind someone like that who is so great but without Virgil, everyone else has to step up and become a leader.

"I'm sure we were going to see Joe impress even more than before because of the pressure that was perhaps on him and you become even more serious about your business because you can't rely on the colossus of Van Dijk."