Friendly or fierce? USMNT and Canada continue to define rivalry as two teams meet with Gold Cup group on the line 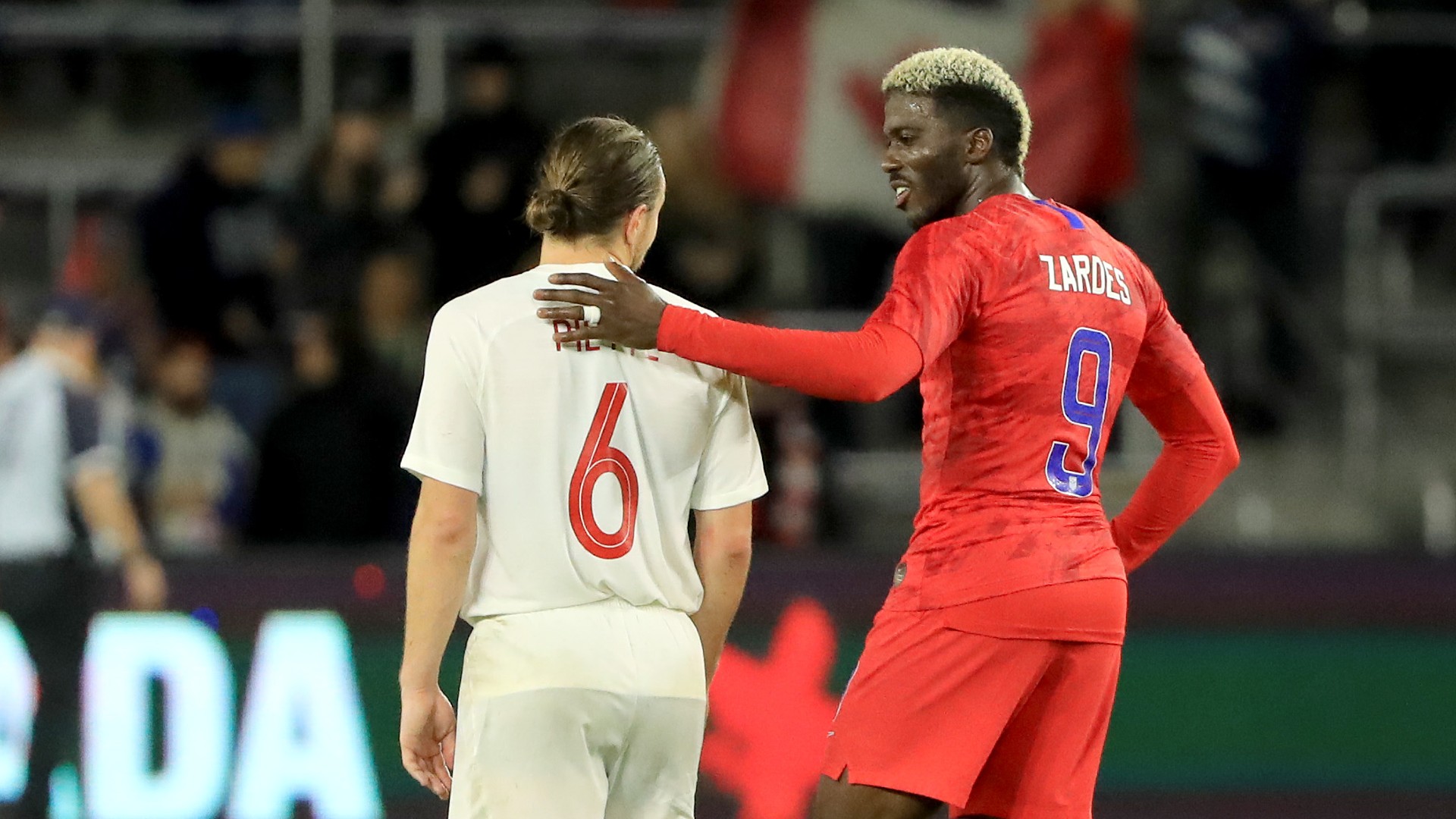 For years, those comparisons would have come off as coach-speak. These are two teams that have always had some sort of big brother, little brother relationship, with Canada always overshadowed.

While teams like the U.S., Mexico and Costa Rica generally dominated CONCACAF, Canada lagged further behind. They've made the World Cup just once, in 1986, and have generally not been much of a factor in CONCACAF's World Cup qualifying, lagging behind the likes of Panama, Honduras, Jamaica and El Salvador, who generally make up that second tier.

But that's starting to change. Led by players like Alphonso Davies and Jonathan David, Canada are evolving. Thanks to the rise of MLS, Canadian soccer has taken a massive step forward, developing players able to compete both at home and in Europe. Heading into World Cup qualifying this fall, Canada appears to be in a better place than it's been in quite some time, maybe ever.

Unfortunately, Sunday's Gold Cup clash won't feature Davies or David on the Canada side, and it won't feature the likes of Christian Pulisic, Weston McKennie and Gio Reyna on the U.S. side. But it is a game with stakes for two teams still trying to prove to others and themselves just how far they've come.

For Canada, it's a chance to truly take a shot at their southern neighbors, to build on a win over the U.S. in the Nations League in 2019 that served as an initial message. And, for the U.S., it's the biggest test yet for a young Gold Cup squad, one that features several players that haven't faced a team this good just yet on the international level.

Add in the chance to top the group, and avoid Mexico in the process, and you have yourself a big game, another chapter in a budding rivalry that could certainly turn from friendly to fierce in the coming years.

"Yes, you're playing against some guys that you play with at your club or play against during the season, but when you play for your country, especially at this level, in this tournament that means a lot for us, you go in there to win.

"I'm not gonna lie, we're going into the game to win that game, to top the group and to try to make this rivalry even more special. Hopefully, we can get the win and be on the good side of it."

This is a Canada team filled with players that won't even be the slightest bit afraid of facing the U.S., especially given their own performances in recent days. Canada have scored eight goals in two games to start the Gold Cup, blasting Haiti and Martinique to put themselves in the driver's seat. Having outscored the U.S. and with the same goal difference heading into this group-stage finale, a draw will be enough to send Canada through as group winners.

And, given their experiences on the club level, Canada's players will know what they're in for. Many of Canada's players, both young and old, have played in MLS, giving them a team ready to compete in CONCACAF even without players like Davies and David. On the other side, they won't see the U.S., a team that has won the Gold Cup six times. Especially on an MLS-heavy U.S. team, they'll see club teammates and rivals that they play against every week.

Ahead of kickoff, Berhalter says he sees plenty of similarities between his side and Canada's. Like Canada, the USMNT weren't involved in the last World Cup and, like Canada, the U.S. have spent the last several years focusing almost exclusively on developing its young stars.

Some of those young stars will be on the field this weekend, with Tajon Buchannon and Ayo Akinola among the up-and-comers on the Canada side, with Gianluca Busio, James Sands and Daryl Dike among those rising through the ranks on the U.S. side.

And, once this Gold Cup is over, both will take their A-teams, still a young group, into the Hexagonal where they'll look to seal a spot in Qatar next year.

"So I think we are more of a resurgence team. The Costa Ricans, Honduras, the Mexicos, those teams have been through it before and they know exactly what it's about. Panama too. But I think the resurgent teams in CONCACAF are the United States and Canada."

He added: "I think they've done a great job of getting to this point and I'm not happy because I want to face them; I'm happy for the players. It's a lot of players that we're familiar with.

"We've got a lot of respect for those guys and it's been nice seeing them grow over the last five years. They've arrived at this point, and I think it's a good team."

Canada had to emerge from a group stage and take down Haiti in a playoff just to earn a spot in that next phase of World Cup qualifying. That, alone, is a triumph for a country that is just starting to push into that upper echelon of CONCACAF.

But, to truly get into that next tier, they'll have to start truly competing with the big boys. They'll need to start picking up big wins, going deep in the Gold Cup and, when the time comes, making waves in World Cup qualifying.

"We're both after the same thing," said Canada boss John Herdman, who managed Canada's women's national team in battles with the U.S. women's national team for seven years before taking charge of the men's side in 2018. "We just want our teams to keep improving. We want our teams to be respected at the world level and we're doing everything we can."

"I think the Canadian guys always look forward to the match against the USA," he added, "and, in all my experience on the women's side, we used to love coming up against the U.S. It was always a huge rivalry for us.

"Certainly in recent times, the game in Toronto or in Orlando, they were good matches, good quality matches. I'm expecting something similar and it should have some fireworks, I'm sure."