'Depay is not leaving this season' - Lyon chief Aulas rules out moves for Barca-linked winger, Aouar and Dembele 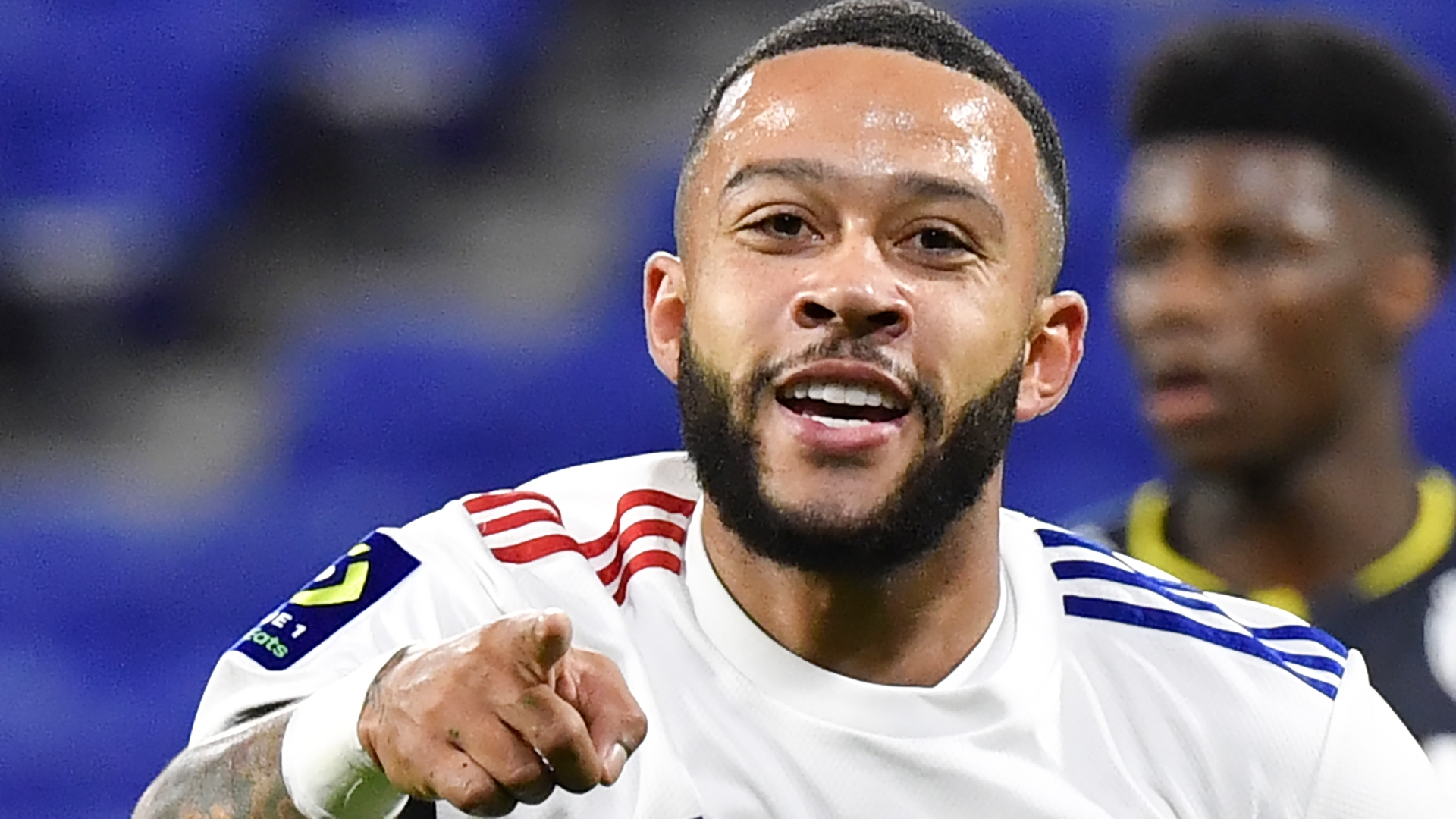 The Dutch international is wanted at Camp Nou by his old boss Ronald Koeman, but the Ligue 1 side have little intention of selling him

Memphis Depay will not be allowed to leave Lyon in the January transfer window according to the club’s president, Jean-Michel Aulas.

The Dutch winger looked certain to leave the club for Barcelona over the summer, only to see the move collapse at the end of the window.

Barca and Lyon have been involved in a tug of war for Depay ever since. Ronald Koeman has openly said he still wants to sign him, with Lyon boss Rudi Garcia quipping that he would ‘tackle’ Koeman to keep hold of his player.

More recently, Depay suggested Lyon should enjoy him while they can, and refused to commit to seeing out the rest of the 2020-21 season at the Groupama Stadium.

Now, though, Aulas says Lyon won’t be selling any of their star players before the end of the campaign. Lyon missed out on European qualification last season after the Ligue 1 season was cut short, and he is desperate to make up for what he still sees as an unjust failure.

“We have a lot of internationals for different countries, including Memphis, who is a leader,” Aulas told RMC Sport.

“Memphis, I’m not in love with him but I think he can bring to Lyon a dimension that everyone wants the club to have. But, no, we are seemingly not going to keep him [at the end of his contract].

"I was the first to say he would not go to Barcelona. Nobody listened to me during the transfer window because everybody thought he would leave.

“There is not only Memphis, but also Houssem Aouar and Moussa Dembele. From the start, I told you, they will not leave because in a year when we were unfairly deprived of European football, we absolutely have to make a success of the season. So he will stay.”

Lyon were seventh when the 2019-20 Ligue 1 season was curtailed by the coronavirus pandemic, but Aulas’ side are back in the European hunt this time around.

They went into the international break in fifth, just a point outside the top four but having played one more game than fourth-placed Marseille.