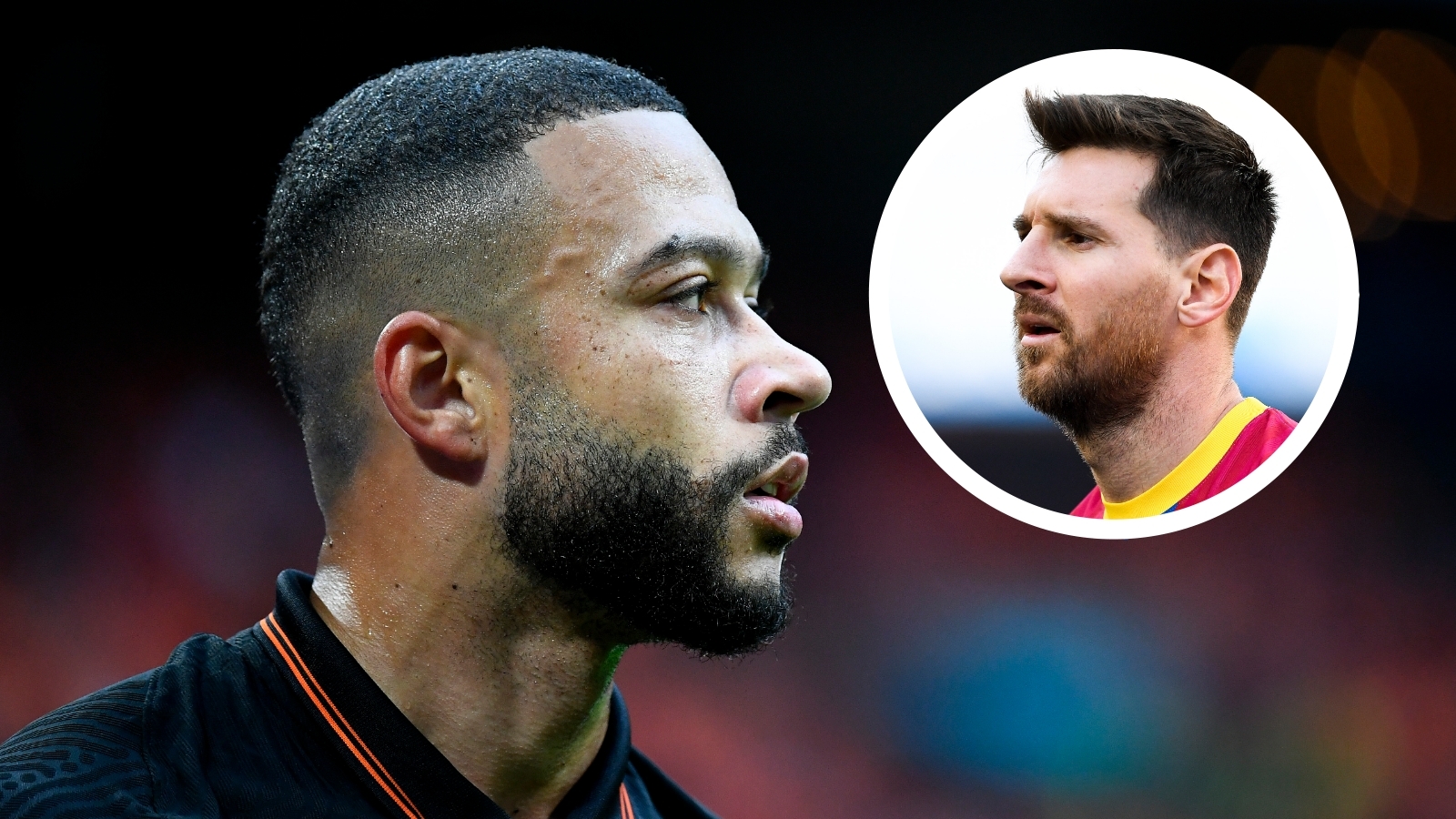 The Netherlands international forward did not get to cross paths with the Camp Nou icon, but is feeling settled in new surroundings

Memphis Depay "couldn't even say hello" to Lionel Messi following his arrival at Barcelona with the Argentine icon heading out of Camp Nou, but the Dutch forward is enjoying life alongside Gerard Pique and Sergino Dest.

The Netherlands international completed a switch to Catalunya over the summer having reached the end of his contract at Lyon, but experienced a sliding doors moment with the Argentine icon that also found himself a free agent.

With Depay on Euro 2020 duty and Messi away winning the Copa America, the pair never crossed paths before taking on new challenges with Barca and Paris Saint-Germain respectively.

Depay told El Periodico of missing Messi but reuniting with former Netherlands boss Ronald Koeman: "I didn’t even get to know [Messi]. He came late to pre-season because of the break after the Copa America and I couldn’t even say hello to him.

"I know what [Koeman] wants from me. I know what I have to do, there’s a chemistry between us. That’s very important."

Who else has Depay clicked with?

The familiar face of fellow countryman Koeman has helped Depay to settle quickly at Camp Nou, with international team-mate Frenkie de Jong another he can look to for advice.

Long-serving defender Pique has also helped the summer signing to find his feet, while USMNT star Dest is aiding the adjustment period for the former PSV and Manchester United star.

Depay said: "Everyone has been very nice and they have made it easy for me. Pique has helped me a lot because his English is good. With [Jordi] Alba I also have a lot of fun. Of course, Frenkie and Dest also, because I already knew them. It’s a nice dressing room."

Can Depay shine for Barcelona?

Depay caught the eye with some impressive showings during pre-season, with that form carried over into a season-opening 4-2 win over Real Sociedad in which he provided the assist for Pique's deadlock-breaking goal.

On what he can offer to Barca, Depay said: "I try to give something extra on the pitch, something important for the team, to bring joy to the game. That’s why the connection with the fans is incredible. It makes me feel fantastic and I hope it continues. I’ll give everything on the pitch for them to enjoy."

Barca will be back in action on Saturday at Athletic Club.