Chelsea forward Eden Hazard has urged the club to stick with Maurizio Sarri next season despite the Belgium international planning his own departure from Stamford Bridge.

Hazard dropped his biggest hint yet that he is set to leave west London for Real Madrid this summer following the Blues' final Premier League games of the season at Leicester City on Sunday.

A 0-0 draw with the Foxes saw the club consolidate a third-place finish, and with Champions League football secured for next season, Sarri can now concentrate on winning a first trophy when his side face Arsenal in the Europa League final in Baku on May 29.

Despite that success, Sarri has been dogged by criticism since arriving from Napoli in the summer of 2018, with some questioning whether his style is right to carry the club forwards and close the 25-point gap to champions Manchester City.

But Hazard believes that the five-time Premier League champions are on the right path with 'Sarriball'.

"I think if they can keep the same philosophy as this season, keep playing football like we tried to do it this season, but in a better way - that’s it," Hazard said when asked how the club improve going forward.

"When you look at the season they are far better than us, Manchester City and Liverpool. If we want to compete with them next season, we need to do it better. It’s that simple. We need to win games in football. If you don’t, you’re in trouble.

"Yes, it is one of my best [seasons] in terms of goals contribution, of course. But at the end of the season, you want to win trophies, so we can go to Baku and win a trophy. If we do that and finish in the top four, it’s still a great season. 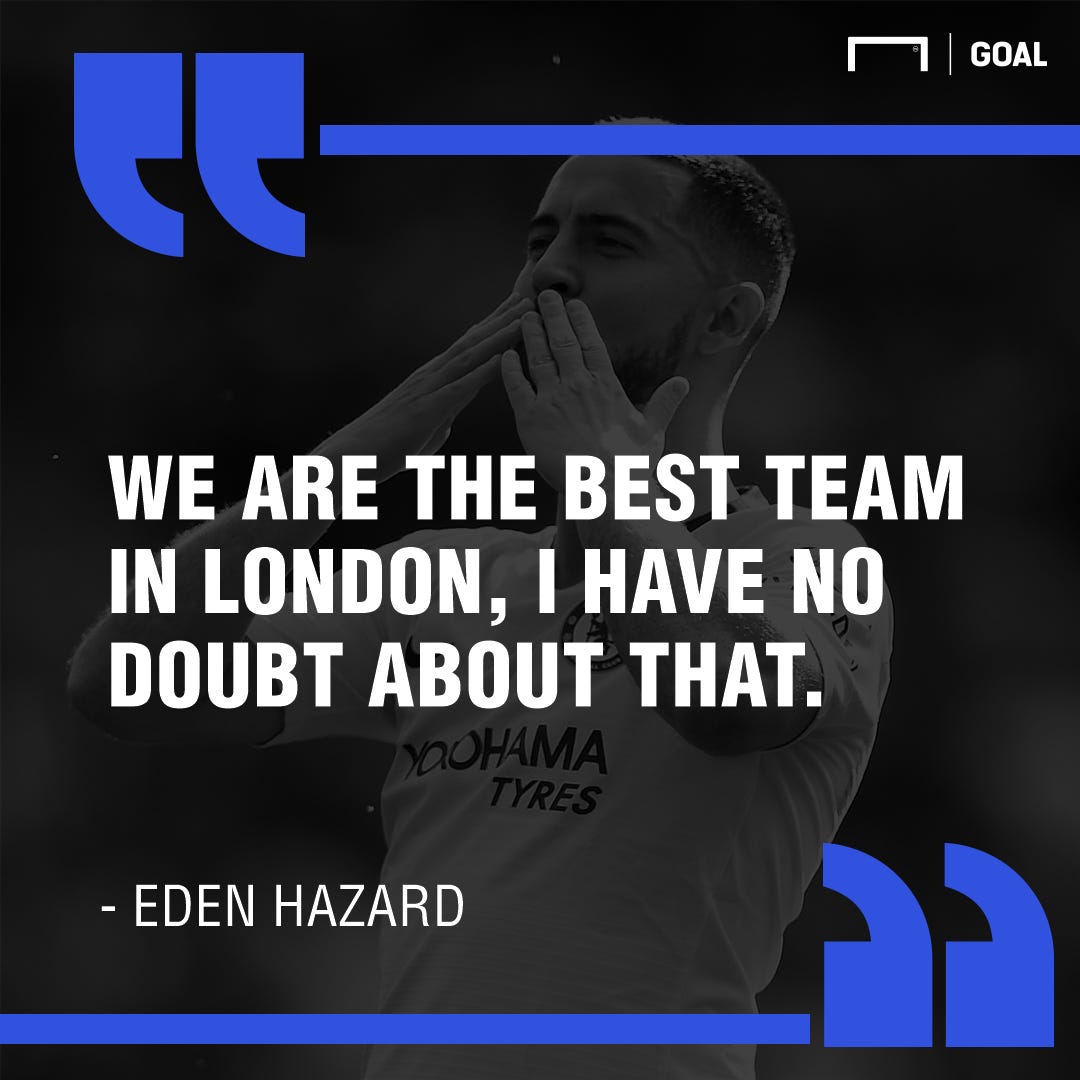 Hazard finished what looks likely to be his final season at Chelsea with 16 Premier League goals and 15 assists, the latter enough to see him win the Playmaker Award for the most creative player in the division .

His performances saw them pip Tottenham and Arsenal in the battle of the league's three top London clubs, and Hazard was happy to contribute so heavily to beating their rivals.

"We are the best team in London, I have no doubt about that," Hazard said with a cheeky smile. "The league is so competitive.

"To be in the top four in the Premier League is very hard. We have achieved this, we worked all together during the season. We did a great job.

"We lost some games, of course. Could it have been better? Of course, but at the end the target is to be in the top four and we are."