Delap told he can stop Man City going for Kane or Haaland as Wright-Phillips assesses No.9 needs 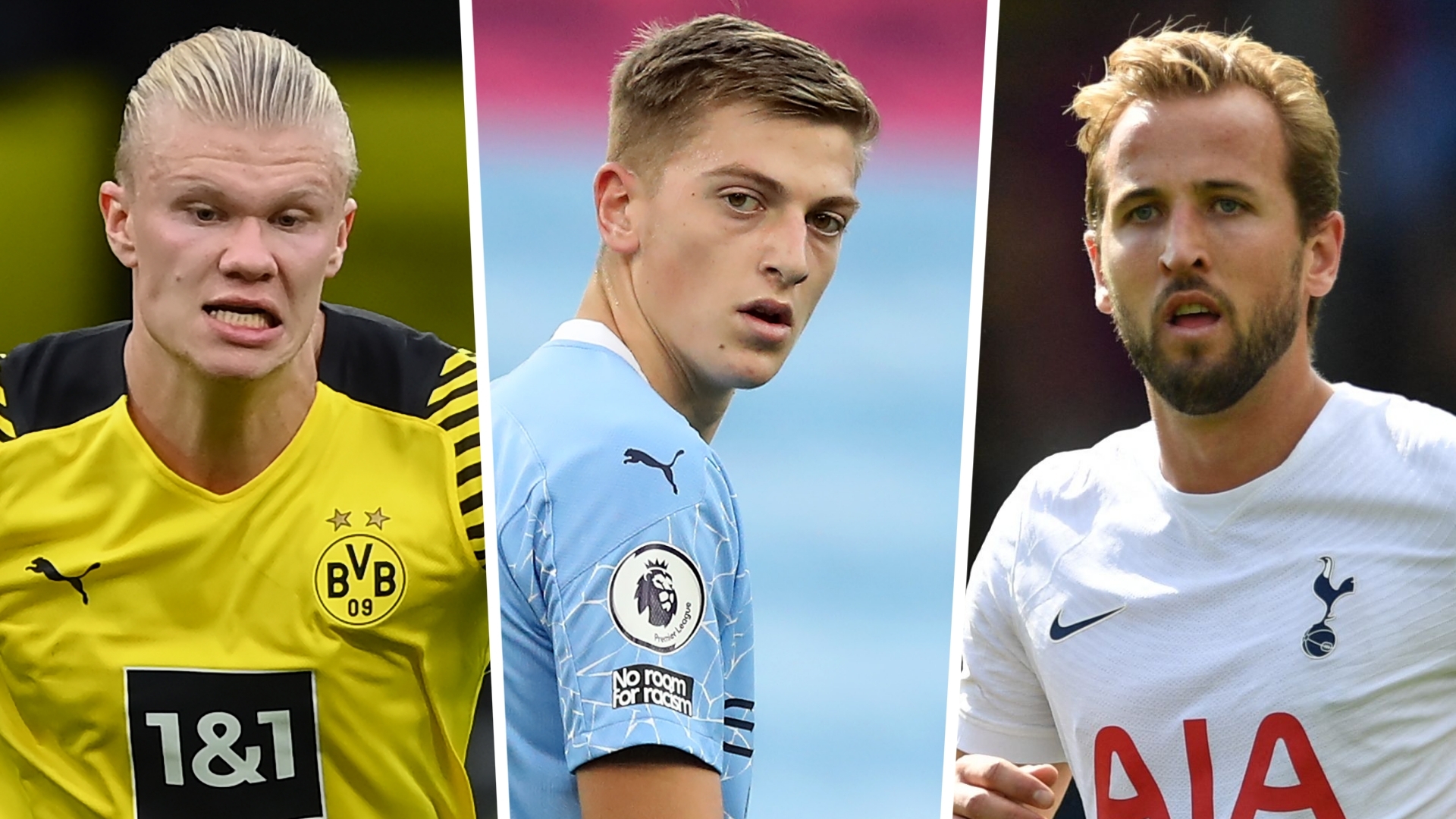 Manchester City continue to see moves for the likes of Harry Kane and Erling Haaland mooted, but Shaun Wright-Phillips claims teenage frontman Liam Delap can keep Pep Guardiola out of the striker market.

The reigning Premier League champions bid farewell to Sergio Aguero over the summer, their all-time leading goalscorer, when he headed to Barcelona as a free agent.

Efforts were made to prise England captain Kane away from Tottenham to help fill that attacking void, while Haaland's exploits at Borussia Dortmund make him of obvious appeal, but no deals have been done and the Blues are having to make do.

On that situation, with City following up a six-goal showing against RB Leipzig in the Champions League by drawing a blank in a 0-0 stalemate with Southampton, Wright-Phillips has - speaking in association with Bonus Finder - told Goal: "It wasn't a great result for City, but it wasn't a bad one either since they still picked up a point, so it makes sure the teams above currently can't pull away easily.

"They will be upset with that result and I'm sure they will be trying to rectify it against Chelsea.

"As for the striker situation, I don't think they necessarily need to go out and buy someone, they just need that No.9 who knows the role.

"If there's someone who knows that position inside and out already at the club, then they will score a lot of goals because City always create a lot of chances."

Do City already have their next No.9?

Brazil international Gabriel Jesus remains on the club's books, but he is not a guaranteed starter as the likes of Ferran Torres and Raheem Sterling compete to operate as 'false nines'.

Academy graduate Delap, who took in three competitive appearances last season and opened his senior goal account, is another who could come into contention despite being just 18 years of age.

He is held in high regard by City, as shown by his outings to date and signing of a new contract in August, and Wright-Phillips believes he could prevent the Blues from having to spend big again on another proven performer.

The former City winger added when asked if Guardiola could assess his needs in January: "You never know with Pep and what he wants to do in terms of his transfer targets, but they do have a young lad doing really well at the club currently in Liam Delap.

"He's been impressive so far and you never know he could get his chance and do whatever he needs to do to stop City going out and buying a striker for big money."