Brazil will host its second Copa America in as many years in June after being awarded the 2021 edition by CONMEBOL.

The South American governing body acted on Monday after both its original selections, Argentina and Colombia, pulled out of hosting duties just two weeks before the competition begins.

But why was Brazil chosen to take over, and where will the Copa games be played?  Goal  has some of the answers...

Why has the Copa America host venue been changed?

Argentina and Colombia had been chosen as co-hosts in 2019 to oversee a tournament that was originally planned to include 12 teams (the 10 CONMEBOL members and guests Qatar and Colombia).

But in 2020 the Copa was suspended for 12 months in the midst of the first wave of the coronavirus pandemic.

Matters took another twist in May as Covid cases spiked across South America with the arrival of colder weather, with both Argentina and Colombia hit hard by the disease .

The situation in Colombia was further complicated by a wave of anti-government protests across the country and violent police reaction, with more than 60 people killed according to NGO estimates.

CONMEBOL stripped Colombia of hosting duties on May 21 and on Sunday announced that Argentina was also stepping down, after top government figures in the country voiced their doubts that the tournament could go ahead due to the current public health crisis.

Why has Brazil been chosen as Copa America host?

Brazil boasts an unparalleled stadium infrastructure, including the venues which were built for the 2014 World Cup and iconic football shrines like Rio de Janeiro's Estadio Maracana.

Holding the tournament in a fellow South American nation avoids the logistical difficulties which would have come from uprooting it to the United States or even Qatar, which had been mentioned as a last-minute alternative.

Like its neighbours, Brazil has also suffered greatly from the ongoing pandemic. With 462,000 confirmed deaths the country is behind only the United States, while it is also second behind India when it comes to cases registered in the last seven days - although neighbours like Argentina, Paraguay, Uruguay and Colombia come in higher when the number is adjusted for population.

CONFIRMED: The 2020 Copa America will be held in Brazil 🇧🇷 pic.twitter.com/vSJMVgBRHm

New cases in the nation have slowed over the last month after a huge rise at the start of 2021, in contrast to the situation in much of the rest of the continent where numbers continue to rise despite the rollout of vaccination programmes.

"Brazil is experiencing a moment of stability, has proven infrastructure and accumulated experience and recently organised a competition of this magnitude "

Which stadiums will Copa America 2021 be played in?

CONMEBOL confirmed the list of hosting stadiums for the relocated Copa America, to be held in Brazil, on June 1. 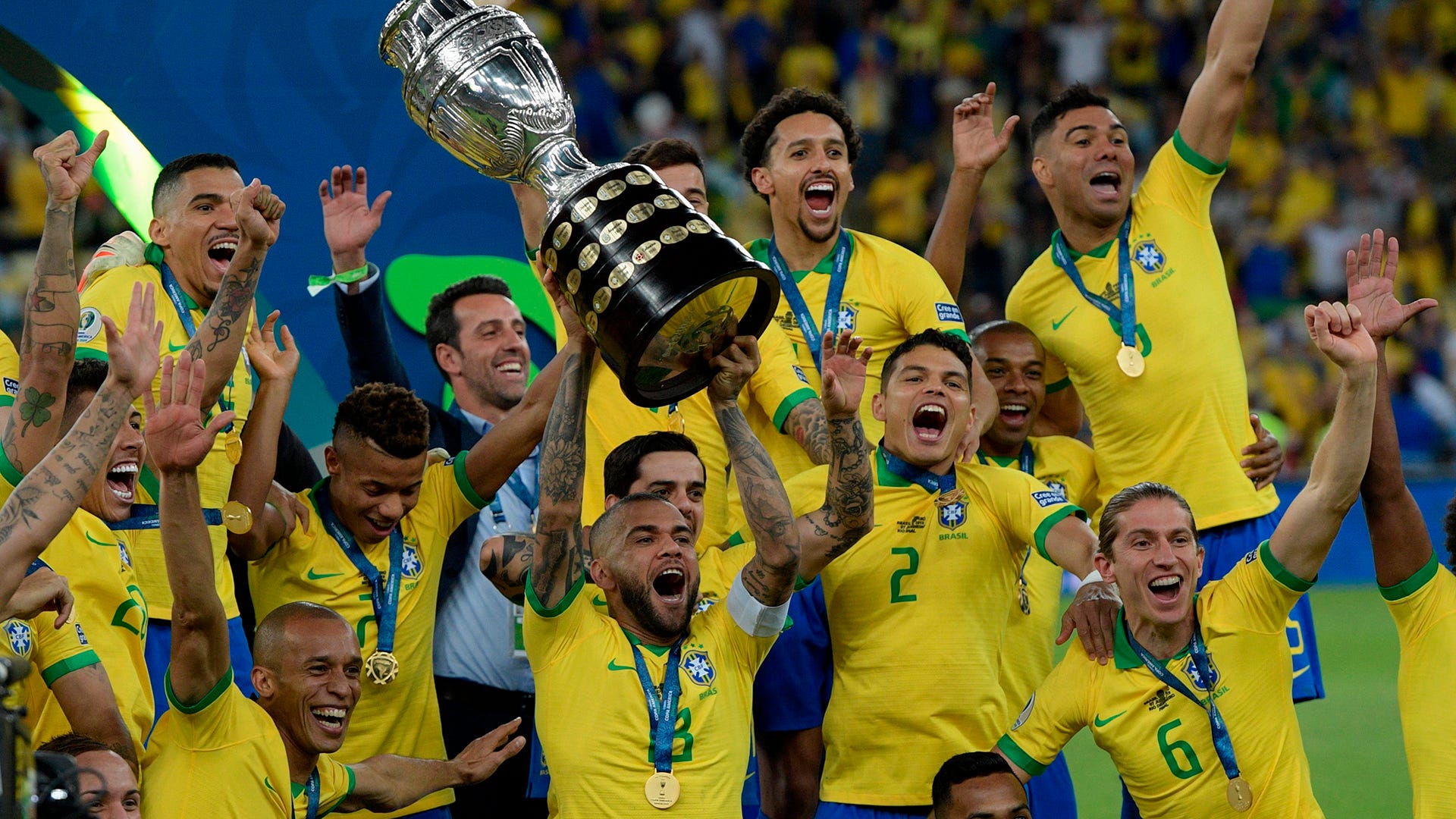 In terms of fixtures, it is likely that CONMEBOL will attempt to stick as closely as possible to the original schedule, which has Argentina and Chile kicking off the tournament on June 13.

The situation is made somewhat more complex by the fact that Brazil's top-flight Serie A will run throughout the Copa America, meaning limited availability of some of the country's top stadiums.

What happened in the last Copa in Brazil?

Brazil also had hosting duties for the last Copa America, which was held in June and July 2019.

The Selecao ran out winners on home soil despite missing star Neymar through injury, although he was on hand to celebrate with his team-mates following victory in the final over Peru in the Maracana.

Indeed, Brazil hold the unique record of having won the Copa every time it has come to the country, a run that stretches back to 1919.