It may not be the prettiest football in the world, but Thomas Tuchel has given Chelsea a style that places them among the favourites to win the Premier League.

That was proven in their stunningly effective, backs-to-the-wall performance at Anfield on Saturday evening, when they resisted Liverpool for 45 minutes with 10 men and came away with a well-earned point.

When Reece James handled the ball on the goal line in injury time at the end of the first half, he knew he was in trouble. He was sent off after referee Anthony Taylor was consulted by video assistant referee Chris Kavanagh.

Mohamed Salah rolled in the resulting penalty, Chelsea’s players earned two more yellow cards due to their protests and the Blues were in danger of losing their cool.

Chelsea, despite the odds, composed themselves and produced a second-half display for the ages. They tapped into their values, fought for one another, communicated well on the pitch and suffocated an attack containing Diogo Jota, Salah and Sadio Mane.

Not once in that second half did Jurgen Klopp's side get a clear sight on goal, only forcing Edouard Mendy into saves from long range.

Andreas Christensen earned the man of the match award and is on the brink of signing a new contract, with Tuchel hoping the deal gets finalised imminently. 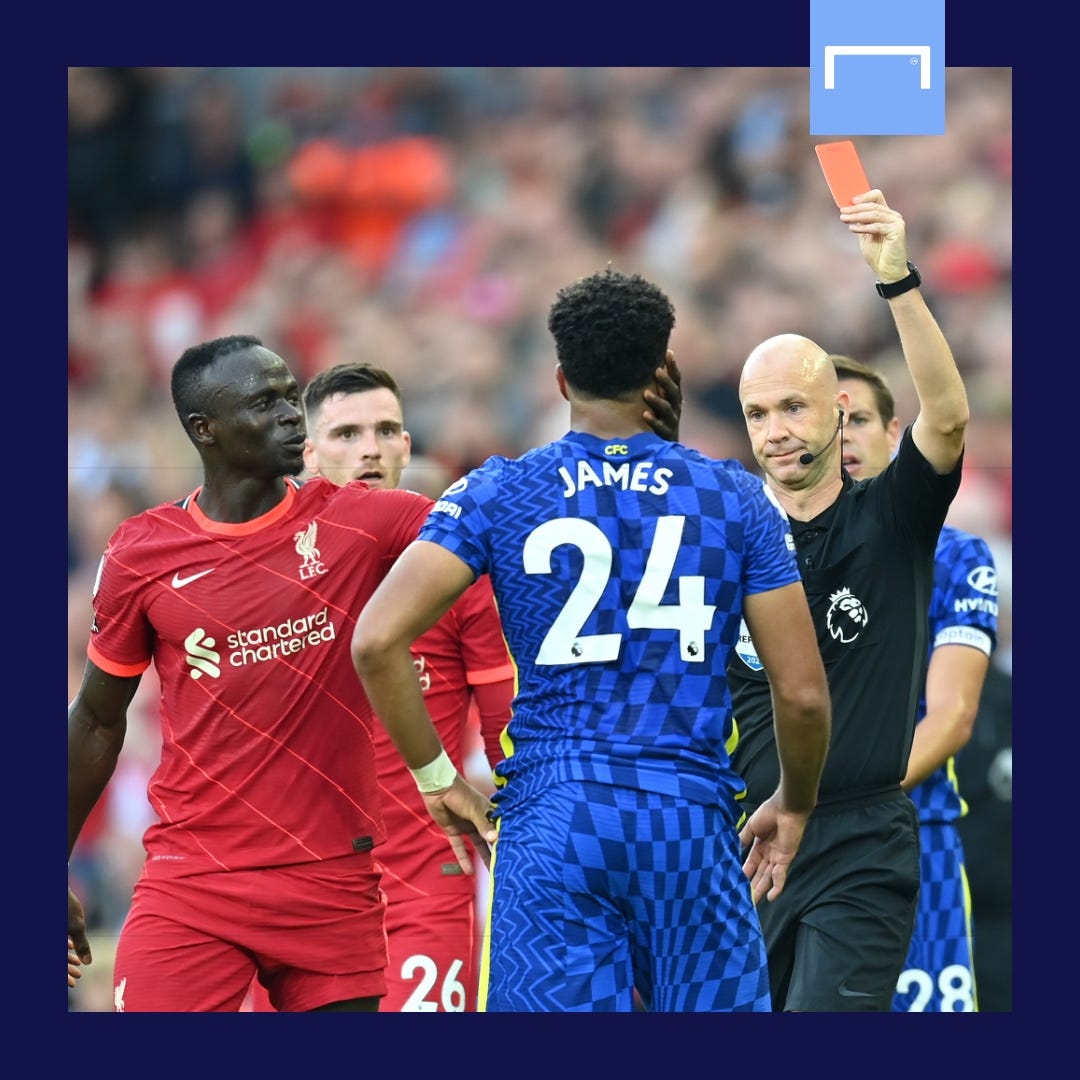 "Andreas is very strong since day one. He plays in the central position and finished the game in the right position because we brought Thiago on and decided to stay in a back five," Tuchel said.

"He is very strong. Super talented. He loves Chelsea, he is a Chelsea boy from the academy. This has a huge impact. At the moment I think he feels the trust. He knows he can absolutely help.

"He is a top defender and top guy. I have the feeling he is growing every week in confidence and personality and self-confidence, which is good. He is doing fantastic since day one and getting better and better."

Silva an inspired addition to the backline with Antonio Rudiger channelling his aggression in the right way after being booked.

Marcos Alonso covered 11.55km to provide an outlet on the counterattack and Romelu Lukaku is the perfect No 9 for this exact situation. He may not have scored, but Tuchel will be impressed that his £97.5 million ($135m) striker was humble enough to sacrifice himself for the team.

Mason Mount had a chance to kill the game in the first half when he shot wide but his running was invaluable in a midfield three alongside Kovacic and Jorginho. Having covered over 11km himself, UEFA Men's Player of the Year Jorginho earned a standing ovation coming off the pitch exhausted. 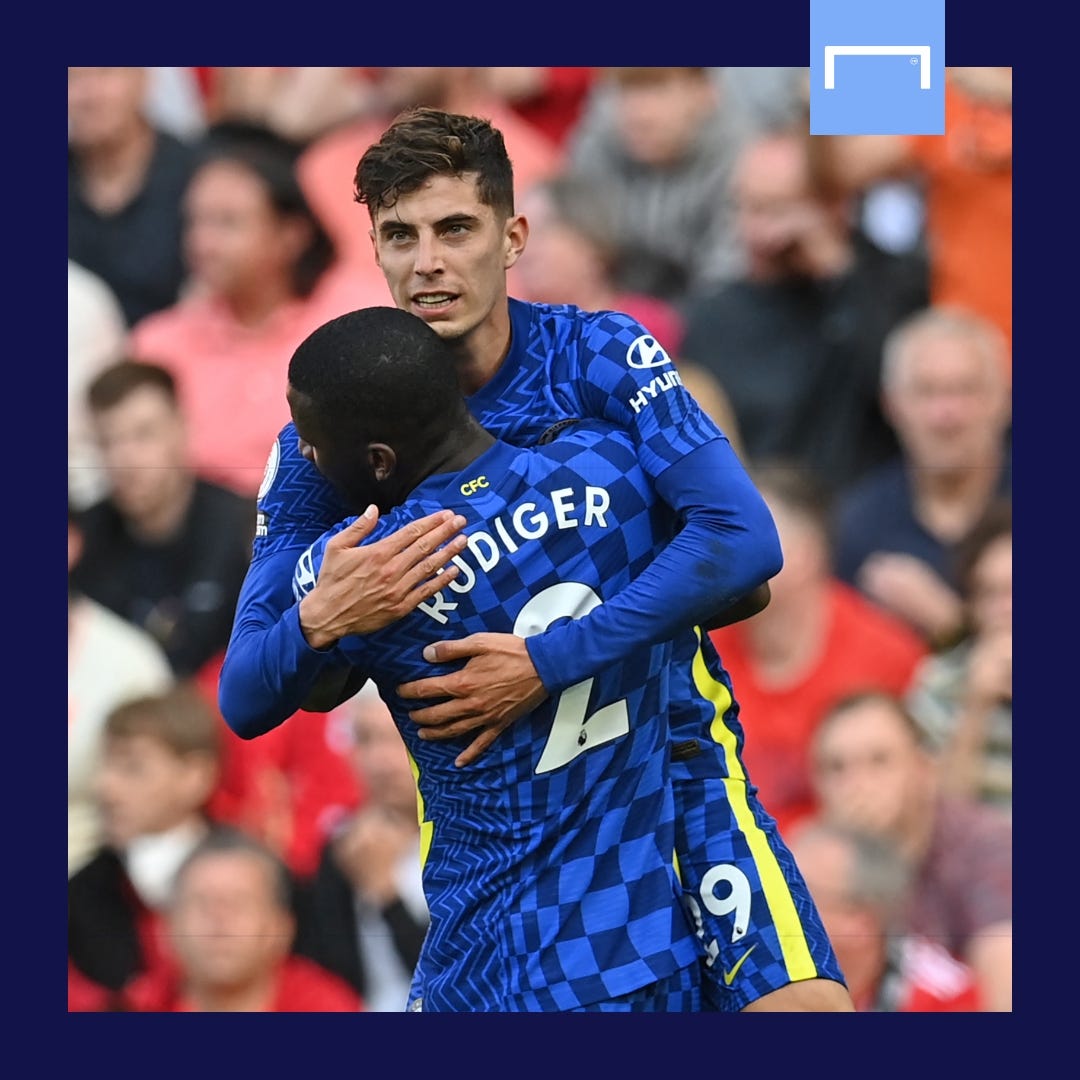 Chelsea showed the heart needed to earn a point in unlikely circumstances, away at one of the most feared grounds in the country. It wasn't simply work rate that earned them the point; some of Tuchel's non-negotiables came into play on Merseyside.

Having substituted both Tammy Abraham and Callum Hudson-Odoi for not pressing well enough last season, the Blues players know there are consequences for not doing the basics right.

Following Tuchel's tactical instructions to the absolute finest of details gave Chelsea a platform to win the Champions League last season when many other managers wouldn't have come close. Now, with a squad that believes, they can set their sights on winning the Premier League.

To win this competition is arguably even harder than the Champions League; a sequence of 38 long, hard matches rather than a cup run where luck can make the difference.

This was a week where Cristiano Ronaldo stole all the headlines but Chelsea quietly and efficiently showed that they have the quality to go all the way. It certainly wasn't pretty, but it didn't need to be.