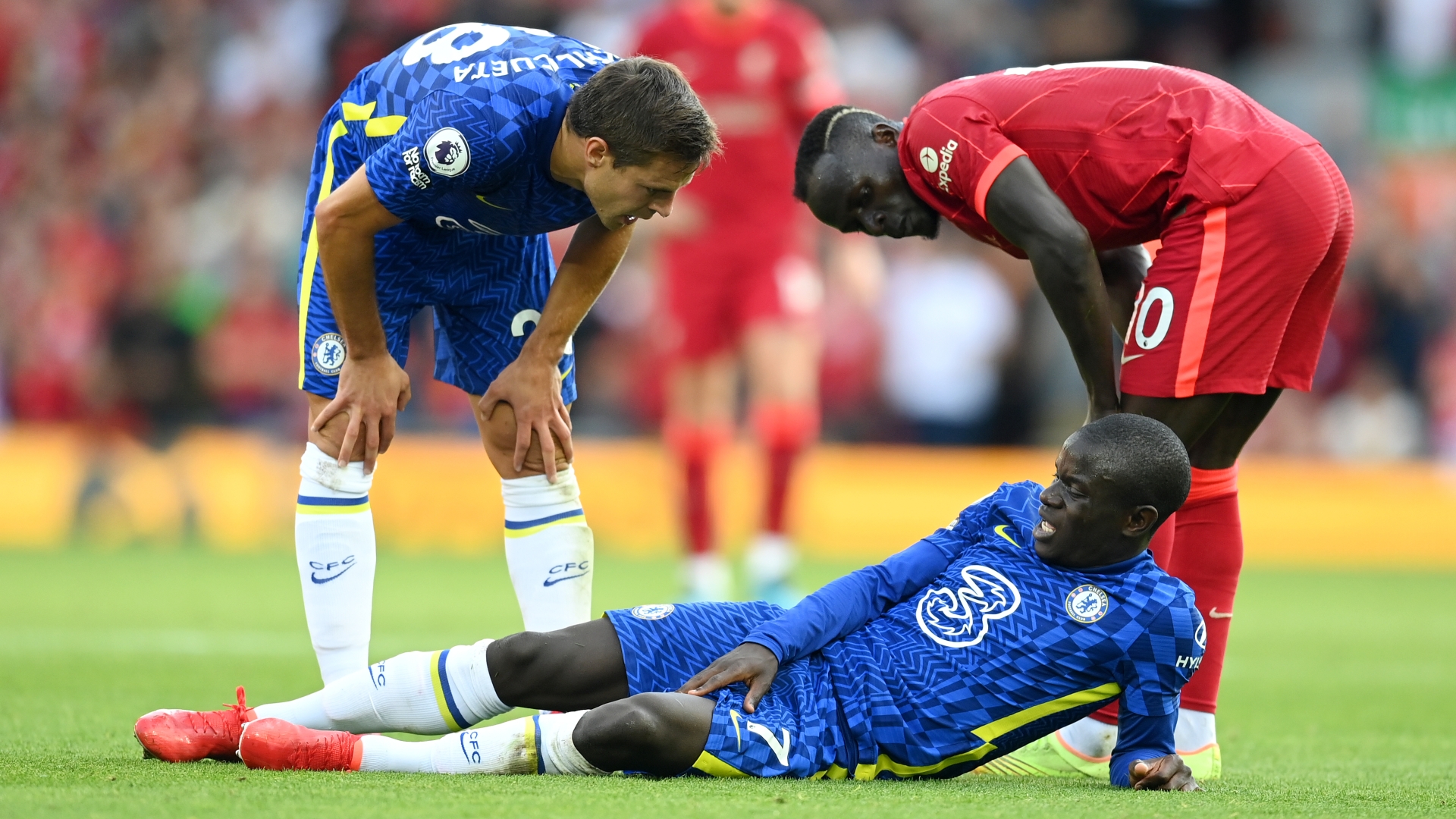 Thomas Tuchel has revealed that N'Golo Kante's early exit against Liverpool on Saturday came due to the same ankle injury that kept him out of the Blues' previous Premier League clash with Arsenal.

The France midfielder started against the Reds but was replaced at half-time, following a chaotic first-half that saw the 10-men Blues hold on for a 1-1 draw at Anfield.

A challenge from Sadio Mane felled Kante, forcing an early exit, and now Tuchel has confirmed that he was removed after aggravating an existing knock.

"He is injured, he had to go out," the Tuchel explained in his post-match press conference. "He missed the Arsenal game because of pain in his ankle and a little bit of inflammation

"[It's] nothing serious because he was back in training and, as you could see, he started today. In winning the ball in this situation, the opponent fell on his ankle, [and] twisted it again.

"He immediately had the same pain as before the Arsenal game when he missed it. He was lacking the force to accelerate and we had to take him off.

"Can there be any harder challenges than going one man down, taking off N'Golo Kante at half time, and having Liverpool play towards the Kop? But we did excellently and we are super happy with what we did. We deserved the point."

A standout for both club and country ever since he helped Les Bleus to the World Cup at Russia 2018, Kante has been a cornerstone of Chelsea's success in recent years, culminating in last term's Champions League triumph.

His injury threatens his inclusion in France's Qatar 2022 qualifiers next month, but it could also have longer-reaching consequences for the Blues as they prepare to defend their European crown.

Chelsea will face Aston Villa in the Premier League in a fortnight, before their continental campaign gets underway against Zenit.